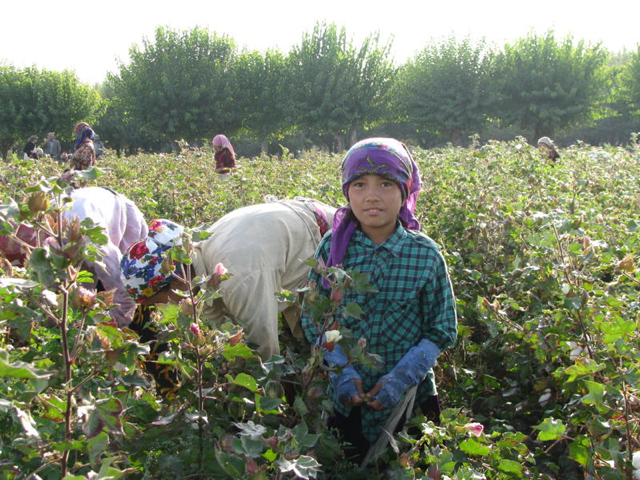 Umida Niyazova comments on the 2012 cotton campaign in Uzbekistan.

Though in 2o12 the Uzbek government largely refrained from mobilizing children to pick cotton during the harvest season, it excessively mobilized students aged 16 and above and adults.  This commentary takes a close look at the changes that have been observed during these years cotton harvest and what might have caused these changes to take place. (See below the English summary of the commentary)

Umida Niyazova comments cotton campaign in Uzbekistan.
In autumn 2012 the Uzbek government did not attract mass numbers of children under the age of 16 to pick cotton.

There were, in fact, only a few documented cases in Samarkand, Andijan and Kashkadarya regions. But it is hard to tell the full extent of child labour in the country as there are almost no independent observers left in Uzbekistan.

The government has refrained from exploiting children under 16 years and this is certainly a positive development. But can this be acknowledged as progress or beginning reforms in the cotton sector?

What has actually happened? The government has shifted the burden of forced labour from schoolchildren to the older population.

We observed that college and high school students across the country were sent to pick cotton and that they remained in the fields for up to two months.

In Uzbekistan, the age for college and high school students ranges from 16 to 18 years of age. Therefor under the Convention on the Rights of the Child, they are considered children.

These children worked in the fields for 9 to 10 hours a day, without proper nutrition, subject to humiliation and punishment, and living in deplorable hygienic conditions.