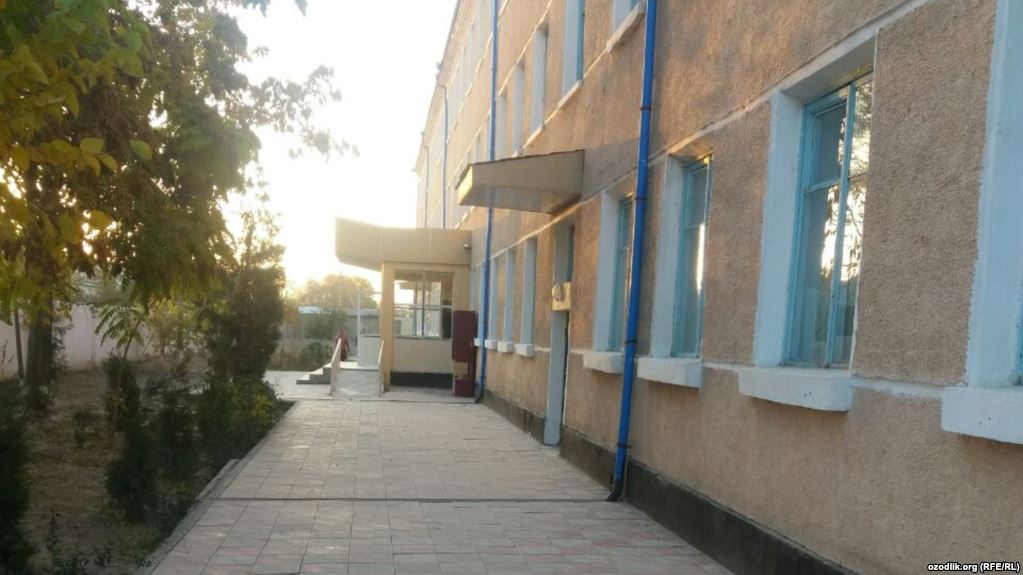 Parents of children at a sanatorium for children with tuberculosis, or who are at risk of developing it, in the Turtkul district of the Republic of Karakalpakstan told Ozodlik that the school administration had given the children’s mattresses to soldiers who had come to pick cotton. They complain that the children are freezing at night and often catch colds because of a lack of warm bed linen and mattresses.

The mother of one of the children, who asked Ozodlik to withhold her name, said that she had to bring bed linen for her son from home.

“My son is showing signs of tuberculosis. That’s why we had to send him to this boarding school. He studies here for five days a week and comes home at weekends. He has recently spent a night at home and told me that pupils of this school were deprived of bed linen. ‘We were cold at night. We covered ourselves with duvet covers,’ my son told me. After I heard that, I decided to visit the school myself. I can confirm that my son wasn’t lying to me. Children were lying in cold rooms, shivering. When I asked the administration where the bed linen for the pupils was, I was told that it had been given to the soldiers. “After the cotton harvest, we will have the bed linen back for the children. Meanwhile, if you can, bring bed linen from home,” the school administration told me.

Ozodlik has a video made in one of the bedrooms of the sanatorium boarding school No.5, which shows how the pupils are sleeping on sofas without bed linen. They were covered with only a thin duvet cover.

The Ozodlik reporter managed to speak to one of the school teachers by phone. The interviewee asked that her name be withheld due to fear of dismissal.

“On September 28, 50 sets of bed linen were given to the soldiers who came to our district to pick cotton. Children sleep on sofas without mattresses, covered only with duvet covers. The weather was warm when the bed linen was taken, which is why the children didn’t complain. But it is rainy now, it has got cold and the children are starting to catch colds and get ill. During the night round I see how some children are shivering from the cold under thin duvet covers. It is so painful to watch them. Besides, these kids are suffering from tuberculosis. They should never stay in cold, wet places. Do our brave soldiers really need the bed linen of sick kids?”

She said that it was also wrong from a hygiene standpoint to give bed linen intended for children with tuberculosis to the soldiers.

“Tuberculosis is a contagious disease. There is no guarantee that people sleeping on bed linen used by sick children won’t get this disease. It is impossible to imagine that after its use by soldiers picking cotton, this dirty bed linen will be returned to our school and the children will have to sleep on it”, the school teacher said.

One of the pupils of the boarding school told the Ozodlik reporter that “due to the lack of warm bed linen, many pupils often catch a cold or suffer from the flu.”

Radio Ozodlik was unable to contact Nurilla Ruzimov, the principal of the boarding school. His staff said that he was in the hospital.

However, the chief accountant of the boarding school, Gulistan Jabbarova, told the Ozodlik reporter that 50 sets of bed linen and 50 mattresses used by the pupils had been given to the soldiers who came to pick cotton on the principal’s order.

“We will have the bed linen back after the end of the cotton campaign. I couldn’t refuse to comply with the principal’s order”, the chief accountant said.

The original article by Sadriddin Ashur was published on October 25 on the website of Radio Ozodlik.