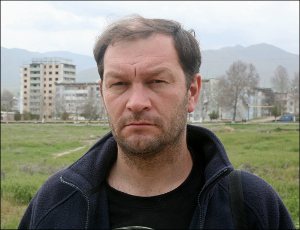 Uzbek human rights activists who have been sentenced to huge fines for staging a rally in the centre of Tashkent found out today that no lawyer wanted to represent their interests in a court of appeal.

Activists Abdullo Tojiboy-ugli, Viktoriya Bazhenova, and Dmitriy Tikhonov (on the photo) staged a rally on Tashkent’s Mustakillik Square on 6 December.

Their protest resulted in their detention and fines. Another activist Vladimir Husainov was also fined for watching the rally.

All four activists appealed against their fines, but none of them managed to hire a lawyer.

“All lawyers have refused to defend us after reading a court ruling,” Husainov said.

He said that a Tashkent-based well-known lawyer had also refused to sign a contract after days of thinking.

The lawyer said that he was convinced that their prosecution was politically motivated and had been ordered from on high.

He thinks that Tojiboy-ugli’s case is most complicated, as he took part in a meeting to set up the People’s Interest social democratic party on 27 November.