Uzbek Forum’s advocacy campaigns have led to direct changes in policy which have benefitted victims of human rights abuses. We work for change and this is how we achieve it:

As a frontline member of the Cotton Campaign, Uzbek Forum is part of an international campaign to pressure companies to desist from sourcing cotton from Uzbekistan produced using child and forced labor. Over 300 companies and brands, including Zara, H&M, Walmart and GAP, have subsequently signed a pledge not to source Uzbek cotton.

Uzbek Forum has been conducting research since 2010, when state-organized child labor in the cotton sector in Uzbekistan was on a massive scale, affecting approximately one million children each year. Despite compelling witness testimonies and well-documented evidence, the government of Uzbekistan denied the very existence of child labor which deprived children of their education and exposed them to hazardous working conditions. 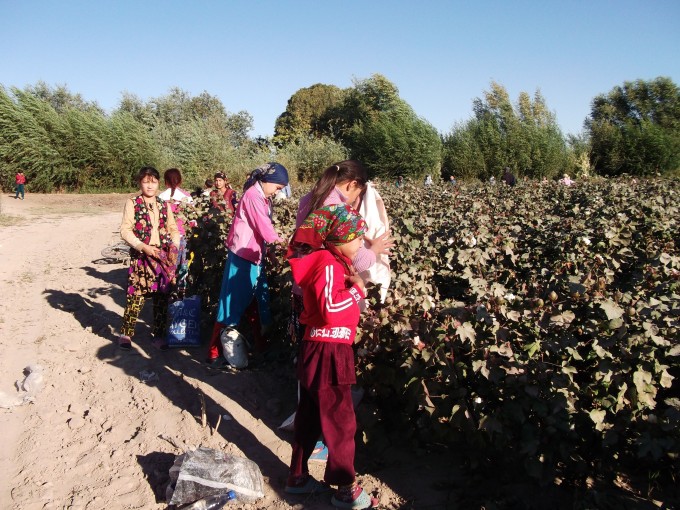 In 2009, Uzbek Forum launched a petition and collected the signatures of 100 Uzbek activists living in Uzbekistan and abroad calling for a boycott of Uzbek cotton. This was the beginning of sustained pressure on the Uzbek authorities to end child labor in the cotton sector. Following a global outreach campaign led by the Cotton Campaign and with the engagement of the international community, the Uzbek government finally ratified ILO conventions on prohibiting child labor and stopped sending schoolchildren to pick cotton in 2014.

When Uzbek Forum’s monitors identified the use of child and forced labor in project areas financed by the World Bank and the International Finance Corporation (IFC), we stepped up our efforts to ensure that investors upheld their international human rights obligations.

In 2013, Uzbek Forum filed a formal complaint with the World Bank Inspection Panel together with the Association for Human Rights in Central Asia and “Ezgulik”, the Human Rights Society of Uzbekistan, requesting an investigation of the World Bank’s Rural Enterprise Support Project Phase II (RESP-II). The basis of the complaint was that the Bank had failed to prevent World Bank funds from contributing to government orchestrated forced labor. 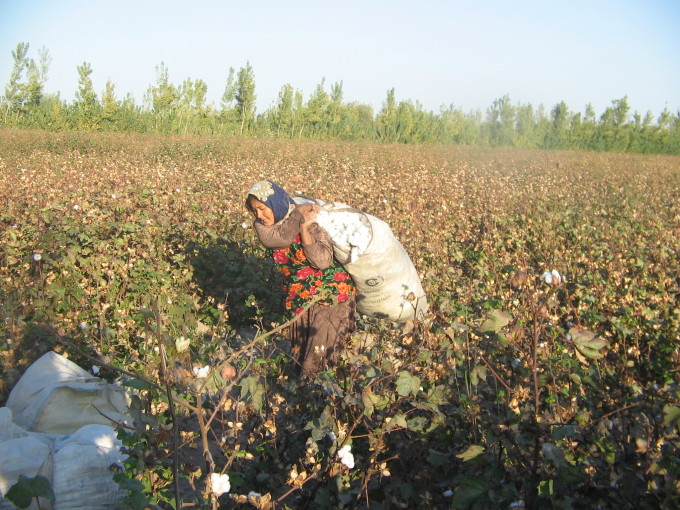 In 2016, Uzbek Forum filed joint complaints with ILRF and HRW with the World Bank and the IFC, which led to third party monitoring of child and forced labor by civil society actors and the International Labor Organization. In the summer of 2017, Uzbek Forum launched a petition calling for an end to the mobilization of students to pick cotton. At the end of September 2017, about 200,000 students sent to pick cotton at the beginning of the month were returned from the fields. No students have since been forced to pick cotton, allowing young people to focus on their studies.

After Uzbek Forum published a joint report with HRW, linking the Bank’s projects in Uzbekistan to forced labor, the Bank was under intense pressure to raise the issue with President Shavkat Mirziyoyev. Following a meeting with then World Bank chief, Jim Kim, Mirziyoyev publicly committed to eradicating forced labor during his speech at the UN in December 2017. Although state-organized forced labor persisted during the 2018 cotton harvest, Uzbek Forum monitors reported a reduction in the recruitment of public sector employees to pick cotton. 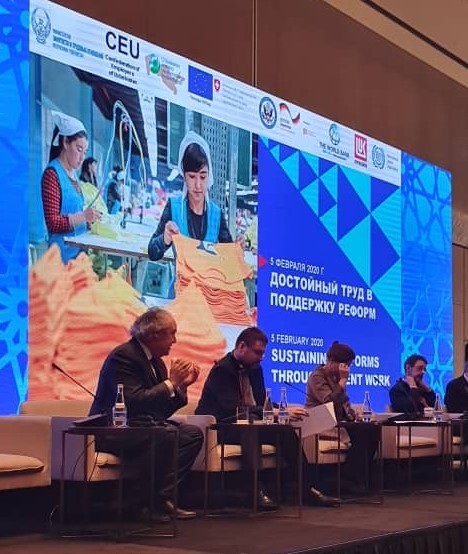 Uzbek Forum, together with colleagues from the Cotton Campaign, took part in the first delegation of international NGOs to Uzbekistan for high-level meetings with Uzbek government officials in May 2018 to discuss the issue of forced labor and present recommendations to eradicate it. These conversations were continued in November 2018 and February 2019 in personal meetings with the Uzbek Minister for Employment and the Deputy Prime Minister. Together with partners from the Cotton Campaign, Uzbek Forum led the development of a roadmap requested by the Uzbek government to support their efforts to eliminate forced labor.

As the only independent organization conducting monitoring of the cotton sector, Uzbek Forum monitored IFC project farms in two regions of Uzbekistan in 2018 in an effort to ensure that no forced labor was used in its project areas. The findings can be found in our report of the 2018 Cotton Harvest.

Uzbek Forum’s ultimate mission is to empower Uzbek civil society to defend and protect their rights. Uzbek Forum regularly organizes workshops and training to equip human rights defenders with the skills and knowledge they need to hold those in power to account.