Doctors in Samarkand Forced to Participate in Construction of New Hospital 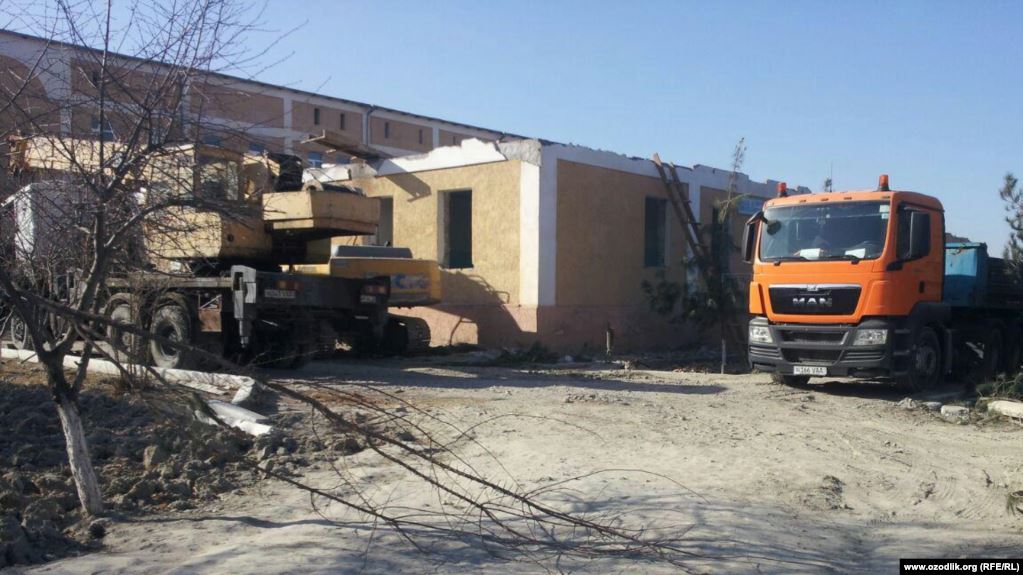 While the old hospital building in the Kattakurgan district of the Samarkand region in Uzbekistan is being demolished, the entire medical staff, including qualified doctors, are involved in the construction of a new hospital building.

Employees of the district hospital have complained that the financing of the new building will be paid for from their own pockets although it is supposed to be funded from the national budget. Instead of performing their professional duties, medical staff is being forced to clean the streets in summer, collect cotton in autumn, and construct a hospital in winter for the salary of only 650,000 soum (approximately 78 USD).

In a telephone conversation with a reporter from Radio Ozodlik, a representative of the hospital administration denied that doctors are being forced to participate in construction works. He claimed that only drivers and cleaning personnel were being called upon to do it voluntarily.

Reports about medical employees’ involvement in street cleaning, gentrification, and greening, as well as the cotton collection, in Uzbekistan have previously been widely circulated. However, not even a representative of the Samarkand Regional Health Office had an explanation as to why the medical staff was being forced to engage in activities that are not among their duties.

Although the international organization Human Rights Watch has called upon the Uzbek government to put an end to forced labor, the problem still persists.

The original article was published on February 3, 2018, by Hurmat Babajanov