Home of Poet and Journalist Mahmud Rajabov Raided by Police 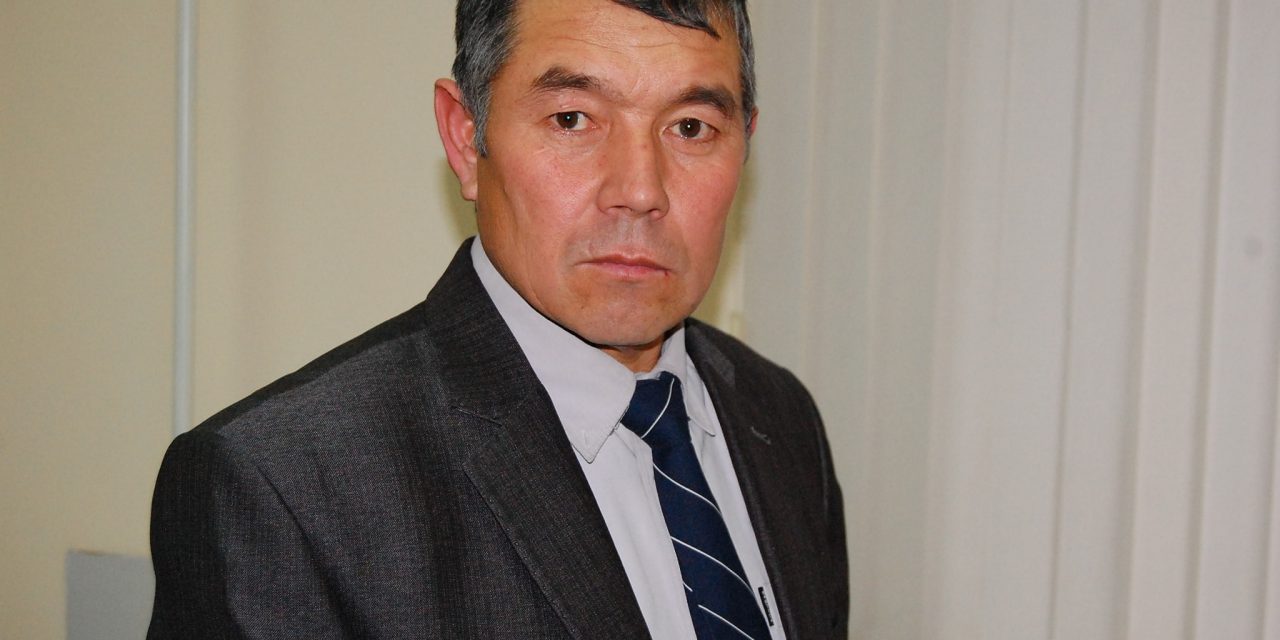 On May 10, police raided the home of 55-year-old journalist and poet Mahmud Rajabov in the Gurlan district of the Khorezm region.

Rajabov told Uzbek-German Forum (UGF) that seven or eight police officers searched his home for two hours and confiscated his laptop, smartphone, CDs, DVDs and books including “History of the Prophets” by Muhammad Salih, the Uzbek poet and leader of the opposition “People’s Movement” Of Uzbekistan”, along with “True Healing” written by Aydin Salih, the late spouse of Muhammad Salih.

Rajabov said that he had been read out the decision to conduct a search relating to the importation of prohibited religious extremist materials.

Rajabov was alone at home when the police arrived. He was not allowed to call his wife who was nearby and the police refused to allow him to read the decision to conduct the search. None of the police officers introduced themselves and said that “they brought impartial witnesses from Urgench with them,” said Rajabov.

On March 26 this year, Rajabov arrived in Tashkent on a flight from Istanbul. At customs, his smartphone was seized along with 26 books by opposition politician, Muhammad Salih and a book written by journalist Muhammad Bekjan in which he describes the years he spent in prison. Rajabov says he brought these books from Turkey at the request of relatives and fans of Muhammad Salih in Uzbekistan.

On March 29, the Committee on Religious Affairs under the Cabinet of Ministers of Uzbekistan issued an Expert Conclusion which states that Rajabov’s smartphone contained a number of religious materials which are prohibited from being imported, manufactured or distributed in Uzbekistan. Among the prohibited materials is the book, “Bu Kunlar” [“These Days” – Ed. ] by the Uzbek writer Nurullo Otakhanov and a sermon by Obid Nazarov, an Uzbek imam who lives in Sweden. However, the materials are easily accessible on the Internet.

Nurullo Otakhanov, a 63-year-old dissident writer and author of the book “Bu Kunlar”, returned to Uzbekistan from exile in Turkey on September 27, 2017 and was immediately detained at the airport. He was charged with extremism and violating the constitutional order but was released several days later. The charges were based on his book “Bu Kunlar” (published in Turkey) which contains a critical assessment of the late Uzbek president, Islam Karimov.

Imam Obid Nazarov has been living in Sweden since 2006 where he was granted political asylum. In 2012, Nazarov was shot in the head at the entrance to his house by Yuri Zhukovsky, an assassin and citizen of Uzbekistan. Zhukovsky fled to Moscow the same day but was later extradited to Sweden by the Russian authorities. In 2016, a Swedish court sentenced Zhukovsky to life imprisonment.

Journalist Mahmud Rajabov has since been admitted to hospital suffering from heart problems caused by stress following the search which he described as intimidating. Distribution of extremist religious materials is a criminal offence and carries significant penalties including up to five years imprisonment.

Umida Niyazova, director of UGF, has known Rajabov for many years and vouches for his integrity. “He has nothing to do with any kind of extremism. The Uzbek authorities – among much publicity – have finally unblocked some critical media outlets and websites but it seems they are still very afraid of any kind of criticism of a political or religious nature. Freedom of the media has obviously not yet become freedom of speech and this investigation should be dropped immediately. It is time for the Uzbek government to recognise and accept that expressing different views to their own is not a threat but a perfectly normal and necessary aspect of an open society. As a journalist, Rajabov should not be impeded from accessing information, particularly when it is already accessible on the internet,” said Niyazova.