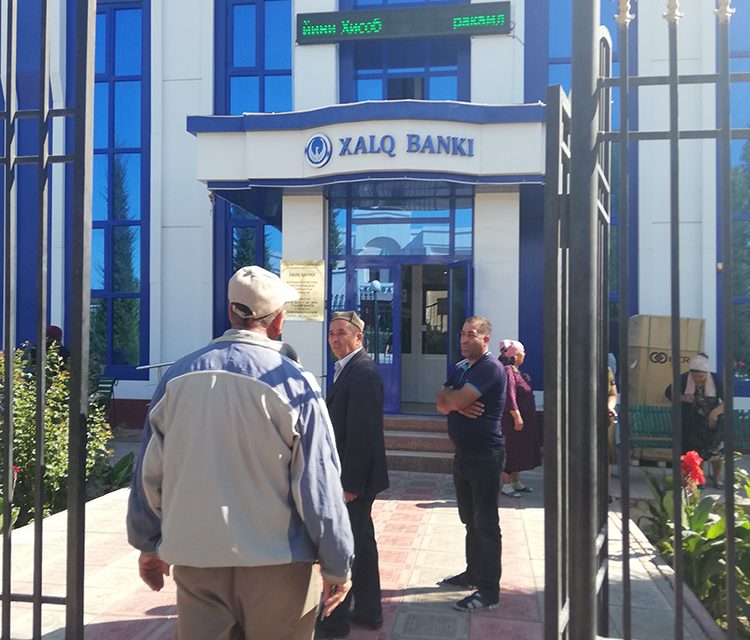 The Ministry of Employment and Labor Relations of Uzbekistan has published a list of officials who were given administrative punishments for the use of forced labor during the 2019 cotton harvest.

According to the document, 43 officials were punished during the period October 2019 to February 2020 according to article 51 of the administrative code: “administrative coercion to work, except as otherwise provided by law”.  The article stipulates the payment of a fine equivalent to between 10 and 30 minimum wages, approximately $230 to $690 US.

In their press release of February 5 2020, the International Labor Organization (ILO), quoting chairwoman of the Uzbek Senate, Tanzila Narbaeva, stated that “259 government officials, heads of organizations and managers were punished for forced labour violations during the 2019 harvest, mostly with fines, which also rose 10-fold compared to 2018”.

After the list of punished officials was published, the Uzbek Ministry of Education reported that on December 3, 2019, the administrative court canceled the decision to punish the directors of four schools in the Khujayli district of Karakalpakstan. The report states that the labor inspectors failed to properly investigate information about the involvement of school directors in forced labor and had made a “groundless decision”.

Judging by the positions of those punished, it appears that the 400 labor inspectors involved in investigating forced labor have failed to identify and punish those at the top of the accountability chain.

UGF revealed in its Cotton Chronicle in November 2019 that bank employees across the country had been forced to hire cotton pickers since the beginning of the 2019 cotton season.

The ILO’s announcement that “systematic forced labour did not occur during the 2019 cotton harvest”, suggests there was no involvement of the Uzbek Government. However, the question remains as to why bankers and heads of sectors unrelated to cotton would take it upon themselves to send their employees to pick cotton or demand payment for replacement pickers. Anyone who has observed the methods of forced labor in Uzbekistan over the years knows that the heads of these institutions were following the orders of local administration officials who are responsible for delivering the state set cotton quotas.

Indeed, UGF has consistently found evidence of such orders. If the heads of different branches of banks across the country send their employees to pick cotton or demand payment for replacement workers because they received an order from officials, is it not a systematic problem?

On October 31, 2019, Radio Ozodlik published a recording of a conversation, in which Hakim Tuichiyev, the deputy hokim of the Farish district in the Fergana region is heard humiliating Bobir Obilkosimov, the head of the district branch of the Halkbank. The former banker reported that at the end of September he received an order from Tuichiyev to find 20 cotton pickers. “I run the bank. I have a lot of work to do and he demanded that I find 20 pickers. The deputy hokim shouldn’t give me tasks that aren’t part of my duties,” Obilkosimov said in an interview with Ozodlik.

The deputy hokim Tuichiyev admitted to insulting the banker and apologized for his personal attacks in a conversation with Ozodlik but added that he believed that Obilkosimov’s dismissal was justified because the banker had been given the task of recruiting 20 pickers and had failed to do so, as well as failing to attend a cotton harvesting meeting held at 7 a.m. on September 30.

On October 28, UGF monitors spoke to a nurse working at the maternity hospital at the Turtkul District Central Hospital in Karakalpakstan. The nurse said that the staff had to leave every two days to pick cotton or hand in money to hire pickers and that out of 80 maternity hospital employees, 25 workers or people hired by nurses left every day to pick cotton.

UGF monitors discovered that the hospital staff had already complained about forced labor and that subsequently, Pishiev Yuldashbai, the head of the clinic, which is part of the central district hospital, was fined by the Ministry of Labor Inspectorate on October 14. His prosecution, however, did not prevent further hospital staff from having to pick cotton against their will and continued to be sent to the fields under threat of penalty.

In January 2020, Uzbek President, Shavkat Mirziyoyev, signed new legislation criminalizing the repeated use of forced labor, a welcome move, but one that should be extended to any use of forced labor and not just for repeat offenders. This still means however that mid-level officials, heads of organizations, chief doctors and school principals still face a difficult dilemma when ordered to send employees to pick cotton: either they risk losing their jobs, as in the case of the banker Bobur Obilkosimov, or pay a substantial fine or criminal punishment.

Labor inspectorates must change their approach to investigating forced labor and drill deeper into the chain of command. This would result in fewer mid-level officials and heads of organizations being held responsible for the actions of high-ranking officials, primarily heads of regions, who openly or covertly coerce employees to go to the cotton fields.