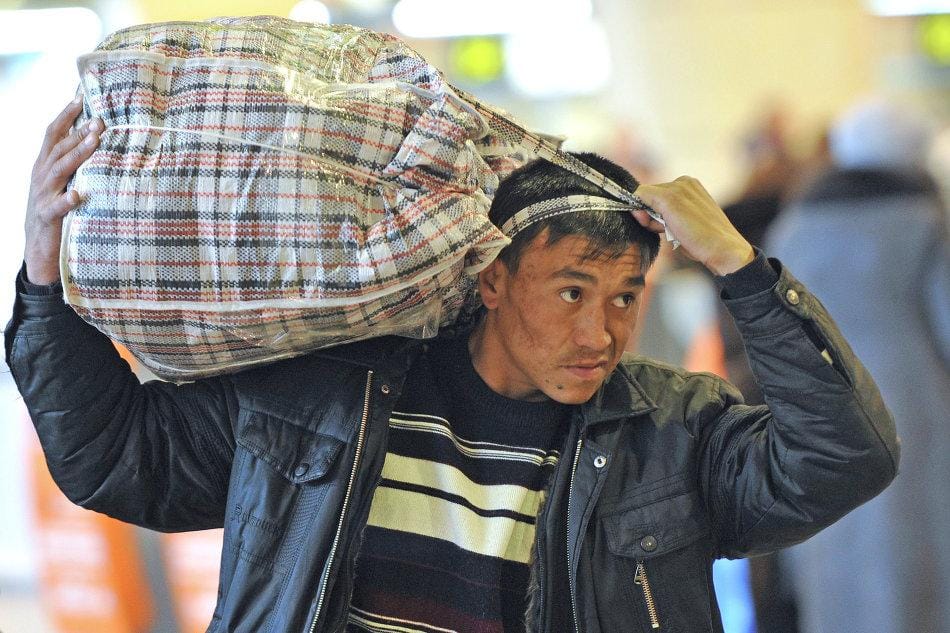 On February 17, Deputy Minister of the Interior, Aziz Ikramov, made a public statement that Uzbekistan would introduce a registration system to replace the mandatory residence permit known as propiska. “The propiska is an outdated system… The word ‘propiska’ will be removed from circulation and a registration system will be introduced instead. We will study the experience of Japan and Malaysia and introduce registration,” he said.

For many years, Uzbekistan has limited domestic migration by imposing restrictive measures on the ability of citizens to travel to the country’s capital. Visitors are required to obtain a temporary residence permit within 10 days of arrival and are not allowed to buy property on the secondary housing market, where prices are considerably lower than new buildings. It was announced that as of April 1, a permanent residence permit in Tashkent and the Tashkent region will no longer be required to buy property in these regions.

UGF welcomes the decision of the Uzbek Government to remove the propiska system which has significant discriminatory effects on citizens living outside the capital, particularly with regard to employment opportunities which are in short supply in the regions. In its last submission to the UN Human Rights Committee in May 2019, UGF gave the following statement on the need to abolish propiska:

Despite the government’s assertions that the propiska system is simply one of registration and informing the authorities, UGF’s research indicates that it in fact operates as a permit system in which the state exerts control over people’s place of residence and imposes significant burdens on attempts to change residence. It is especially difficult to obtain valid residency permits in Tashkent and the Tashkent region as well as several other major cities, restricting the ability of citizens to find employment as most jobs are concentrated in urban areas. Each year, tens of thousands of unemployed rural residents travel to Tashkent and other major cities in search of work.

The majority of people from rural areas working in non-governmental sectors and informal labor markets (mardikors) do not have the opportunity or the right to obtain a residence permit in Tashkent. Tight regulations and exercise of control over residency have also created a system whereby many citizens of rural areas are forced to live and work in urban areas without registration, leaving them vulnerable to extortion, exploitation, and legal consequences. The system also deprives the state of income in the form of taxes and payments. Propiska has made bribery of police and other officials an inexorable part of the system and of daily life for ordinary citizens. Many employers and local police profit from the vulnerability of tens of thousands of unregistered internal economic migrants, allowing them to offer low salaries and poor working conditions and extract bribes. In order to circumvent the propiska regime, they pay inspectors and consequently live under their “protection”.

Restrictions on obtaining a residence permit discriminate against citizens who were born and live outside the city of  Tashkent and the Tashkent region, leaving them fewer opportunities to find decent work and the freedom to choose where they live.

Only direct relatives in the first and second degrees of kinship who already possess propiska can receive a permanent residence permit in the city of Tashkent and the Tashkent region. Spouses can obtain propiska after they have lived together for at least one year. In the case of divorce within one year, the spouse loses his or her permanent residence in Tashkent and the Tashkent region.

In January 2019, a presidential decree lifted the ban on hiring citizens without temporary or permanent residence. However, this measure did not result in any tangible improvement to those seeking to obtain propiska, since having a job does not automatically mean obtaining a residence permit, that is, permission to live in the city of Tashkent and the Tashkent region.

Only employees of 65 state-owned organizations, government agencies and ministries can obtain a residence permit in Tashkent and the Tashkent region, provided their directors issue a letter guaranteeing their “trustworthiness”. In the event of the dismissal of an employee, he or she loses their propiska, i.e., permission to live in Tashkent and the Tashkent region, and must return to his or her former place of residence or to another region, meaning they cannot search for alternative employment.

There are internal rules that limit the right of citizens to receive a permanent residence permit. For example, after one year “probation”, spouses cannot transfer ownership of their property to their husband or wife. Notary offices have internal instructions not to permit transfer of ownership if the spouses have not lived in marriage for more than three years. In addition, Uzbek citizens who have received a residence permit in the city of Tashkent through family ties, cannot buy property in Tashkent and the Tashkent region for three years.

Propiska, or the existing system of compulsory registration, restricts the right of citizens of Uzbekistan to purchase real estate and discriminates on a territorial basis. Until recently, residents of Uzbekistan who did not have propiska in the city of Tashkent and the Tashkent region did not have the right to buy property in Tashkent. In July 2017, these restrictions were partially lifted. Citizens were allowed to buy real estate in Tashkent, but this is restricted to new buildings only, which are much more expensive. Uzbeks without propiska in Tashkent are still prohibited from buying older, cheaper properties. As a consequence, unregistered persons are forced to rent accommodation from unscrupulous landlords and pay bribes to officials. In addition, unregistered citizens are fearful of random checks by the police which can result in substantial fines, deportation back to their official place of residence or eviction from their rental accommodation, forcing them to avoid public places including public transport.

UGF recognizes and commends the efforts of the Uzbek government to dismantle the Soviet legacy of propiska which for too long has prevented the free movement of the citizens of Uzbekistan. It will be a better place without it.