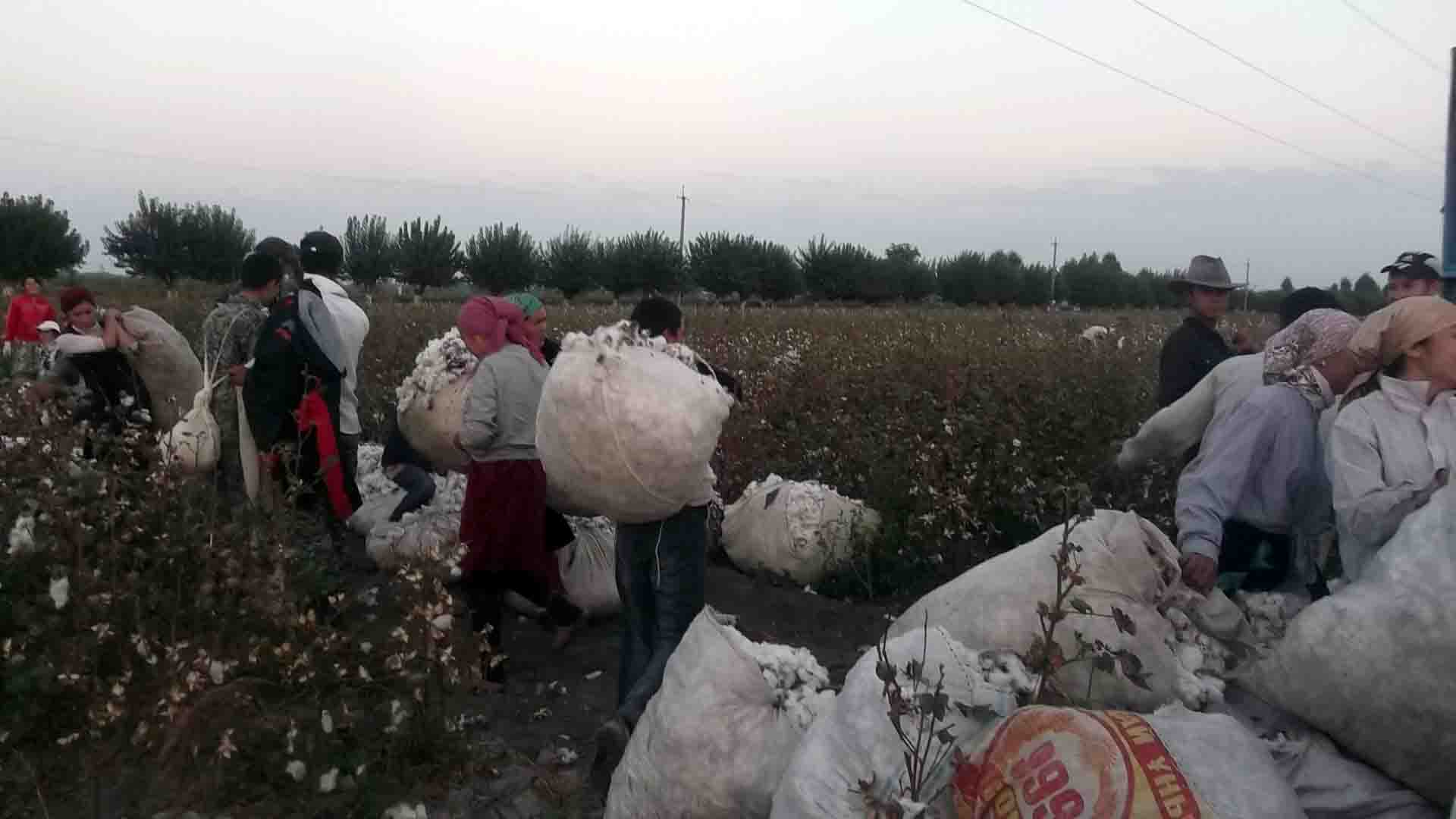 November 14, 2014—The government of Uzbekistan used systematic, mass forced labor in the 2014 cotton harvest, which has now concluded, the Cotton Campaign said today. In addition to coercing millions of people across the country to pick cotton, this forced labor system resulted in institutionalized harassment, extortion, and needless deaths.

A preliminary report released today by the Uzbek-German Forum for Human Rights, a campaign member, presents evidence gathered by its network of monitors in Uzbekistan. Millions of Uzbek citizens were required to work in the cotton fields by local officials upon instructions from the very top of Uzbekistan’s hyper-centralized government. Continuing a trend started in 2012, the government reduced the number of children forced to pick cotton by increasing the forced labor burden on adults. The government did not, however, eliminate child labor.

“Cotton in Uzbekistan is produced by massive human rights violations, including forced labor, said Umida Niyazova, director of the Uzbek-German Forum. “Reducing the number of children in the fields by forcing even more adults to work against their will is not sufficient. The government needs to dismantle the forced labor system.”

Among the most tragic findings of the report was that 17 people died in the 2014 harvest, six more than last year. In one case, a 3-year-old and a 5-year-old died in a house fire after being left alone while their mother, who could not afford to buy herself out of the harvest, went to pick cotton.

The report also documents the forced mobilization of 13-15-year old children in the Kashkadarya, Jizzakh, and Samarkand regions, especially toward the end of the harvest. Despite decrees from the central government reminding local officials of the national law prohibiting child labor, when faced with the decision of whether to fulfill their central government-imposed cotton quotas or follow the law against child labor, officials sent children to the fields, knowing failure to deliver their quota would risk their jobs.

“While the systematic recruitment of children by the central government was reduced this year, it was still used as a tool among local authorities desperate to meet their government-assigned harvest quotas,” said Lorretta Johnson, secretary-treasurer of the American Federation of Teachers and co-chair of the Child Labor Coalition. “The schoolchildren who were spared from picking cotton this year were still denied the education they are entitled. We urge the government of Uzbekistan to end its policies and practices that impose forced labor on children and adults.”

People who could not or did not want to harvest cotton had to pay for replacement workers and the government extorted mandatory payments from businesses to support the harvest. Parents in some schools and kindergartens were explicitly forced to pick cotton in place of their children. The government imposed harvest quotas on public institutions such as schools, hospitals, and local administrations, and required them to send up to send 30-60% of staff to the fields, a major increase over last year, seriously undermining the provision of key public services, such as health care and education.

With technical assistance from the International Labor Organization (ILO) under the Decent Work Country Programme, the government of Uzbekistan conducted its own monitoring of the use of children in the harvest, and the ILO praised the government’s monitoring. A number of the conclusions of that monitoring, however, were clearly contradicted by documentary evidence and eyewitness accounts collected by the Uzbek German Forum’s monitors. The Programme also calls for the ILO to survey recruitment practices as a first step to eradicating forced labor, yet sixth months into the two-year program the Uzbek government has not permitted the ILO to proceed with the survey and has again harassed and detained independent civil society activists and media attempting to report on the harvest.

“It’s clear from this report that Uzbekistan continues to have a serious problem with forced labor, said Nate Herman, American Apparel & Footwear Association. “For this reason, many of our members have pledged not to purchase or use Uzbek cotton. We would encourage any company linked with Uzbekistan to follow that lead and look carefully into their supply chains.”

Uzbekistan is the fifth-largest cotton producer in the world, producing raw cotton mainly for exports. The government controls every aspect of production and imposes mandatory production quotas on farmers and harvesting quotas on pickers. All cotton must be sold to the government at government-established prices. Uzbekistan’s forced cotton harvest is one of the largest state-sponsored forced labor systems in the world.

The Cotton Campaign called on the United States government and European Union to urge the government of Uzbekistan to end its forced labor system, starting by granting the ILO unfettered access to survey forced labor and initiating agriculture sector reforms.

The Cotton Campaign is a global coalition of labor, human rights, investor and business organizations coalesced to end forced labor of children and adults in the cotton sector of Uzbekistan.