Tricks, Threats and Deception: Registering an NGO in Uzbekistan 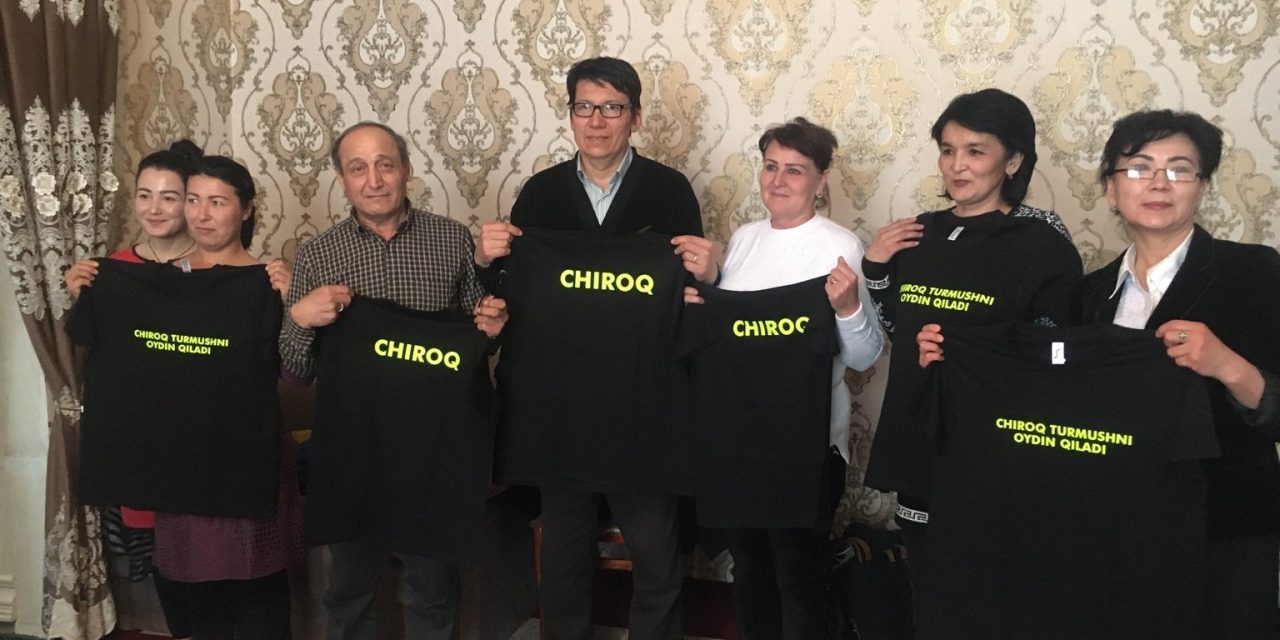 For anyone following the reform process in Uzbekistan, it is apparent that the country is changing rapidly, particularly with regard to the economy. As foreign investors queue up to take advantage of a new business-friendly environment, civil society remains chained to a totalitarian legacy that shows little respect for human rights. Today, it takes about 30 minutes to register a business in Uzbekistan while an NGO can wait for months, even years.

On December 1, 2019, Azimbay Ataniyazov, a long-time partner of Uzbek-German Forum for Human Rights (UGF) and an experienced labor rights monitor, held a meeting with ten other human rights defenders to found a new NGO, Chiroq (Light), to monitor labor rights and other human rights violations in Karakalpakstan, a semi-autonomous region in the north of Uzbekistan.

With the assistance of a lawyer, the next three weeks were spent collecting extensive documentation required for the application to the Ministry of Justice of Karakalpakstan and on December 23, 2019, all documents were submitted and the first stage of registration was completed.

On January 9, 2020, the Ministry of Justice sent a letter to Ataniyazov stating that the registration had been rejected on the grounds of several grammatical errors in the submitted documents. Spurious reasons for rejecting applications of independent NGOs are commonly used to discourage activists from organizing, but what came next surprised even some Uzbek government officials.

On February 1, 2020, staff from member organizations of the international Cotton Campaign visited Nukus to meet with activists and founders of Chiroq. Upon arrival, Cotton Campaign members learned that two Chiroq members and another human rights defender had been physically prevented from attending the meeting:

Human rights defender Arslanbay Utepov, was stopped by a traffic inspector early in the morning of February 1 on his way to Nukus. He was then taken to the district hokimiyat (administration), where he was held until midday and warned against interactions with international human rights organizations.

Zaripbay Reymov, member and co-founder of Chiroq, was also stopped by police officers early in the morning of February 1 while on his way to the meeting. His phone was confiscated and he was taken to the police station where he was detained until the afternoon.

The same day, another Chiroq co-founder, Guldana Seidemetova, was urgently summoned to the clinic where she works, although it was Saturday and her day off. She was told that a commission from Tashkent was arriving and that all employees of the clinic had to be present at work. Seidemetova dutifully followed the order, but the commission did not show up.

The authorities were obviously determined to disrupt the meeting and had already begun their operation the previous day. On January 31, human rights activist and Chiroq co-founder Murat Ubbiniyazov was visited by someone who did not give his name and showed no identification but introduced himself as an employee of the Ministry of the Interior. He urged Ubbiniyazov not to attend the meeting with the Cotton Campaign and claimed that Chiroq leader Azimbay Ataniyazov was a “liar” and a “fraudster” and was “providing Uzbekistan’s enemies with false and discrediting information”. The man accused Ataniyazov of faking images of children picking cotton and sending them to foreign media. Similar false and unfounded allegations have been previously made by intelligence officials to Ataniyazov’s relatives, who assist him with monitoring forced labor in the cotton sector. The officials also told his relatives that “Ataniyazov could go to prison for a long time”.

After Chiroq’s registration was rejected, Ataniyazov and Ubbiniyazov met with an official of the department dealing with NGO registration at the Ministry of Justice in Karakalpakstan. The human rights defenders were told to correct the errors and resubmit their application. This should have been a simple procedure if the Ministry of Justice had not retained the entire package of previously submitted documents which meant that all documentation had to be collected all over again. This involves collecting the signatures of all founding members, some of whom live in different towns. By this time, a number of the founding members, who had initially got involved with great enthusiasm to create a new organization, had now felt so intimidated by the threats of local intelligence officers that they have since decided to step down. The mother of one of the founders of Chiroq, a university student, urged that her son’s name not be included in the submission to the Ministry of Justice as she feared his place at university would be threatened.

One of the documents required for submission to the Ministry of Justice is a list of names and addresses of founders which mahalla (local community) leaders must sign to confirm their residence. In the course of the second submission, one mahalla leader in the Turkul district, where one Chiroq founding member lives, refused to confirm his address, again needlessly holding up the process. Ataniyazov subsequently called the prosecutor’s office hotline and left a complaint against the mahalla chairman. After discussions with representatives of the prosecutor’s office and the mahalla transpired that according to a decree of President Mirziyoyev, the mahalla is no longer responsible for issuing a confirmation of the place of residence of citizens. Not only that, but Ataniyazov also discovered that the Ministry of Justice no longer actually requires any such documents. Why the Ministry of Justice declined to make this information available at the outset is open to speculation, but given the intimidation that members of Chiroq have experienced, it is highly likely that this was another obstacle designed to hinder the establishment of an independent human rights organization.

In the meantime, all documents have been re-submitted to the Ministry of Justice of Karakalpakstan but Chiroq is sadly not the only example of the hoops human rights defenders have to go through in order to operate legitimately. At present, several other groups in Uzbekistan are awaiting registration after having been rejected on similar grounds. One group was refused registration for the tenth time in December 2019 by the Tashkent City Justice Department.

It will be a test of the political will of the Uzbek government to uphold its public commitments to create an enabling environment for the work of independent human rights groups and encourage civil society to take an active role in its country’s transition. Indeed, an empowered civil society is included in the Uzbek government’s own roadmap of reforms for eliminating forced labor. One wonders why then it would actively work to silence those who are willing to support the government in their efforts to monitor it.

It is to be hoped that Uzbekistan’s new NGO code, currently being drafted, will reflect the commitments of the Uzbek government and ensure that the new code adheres to international standards. That would be the change Uzbek civil society could believe in.