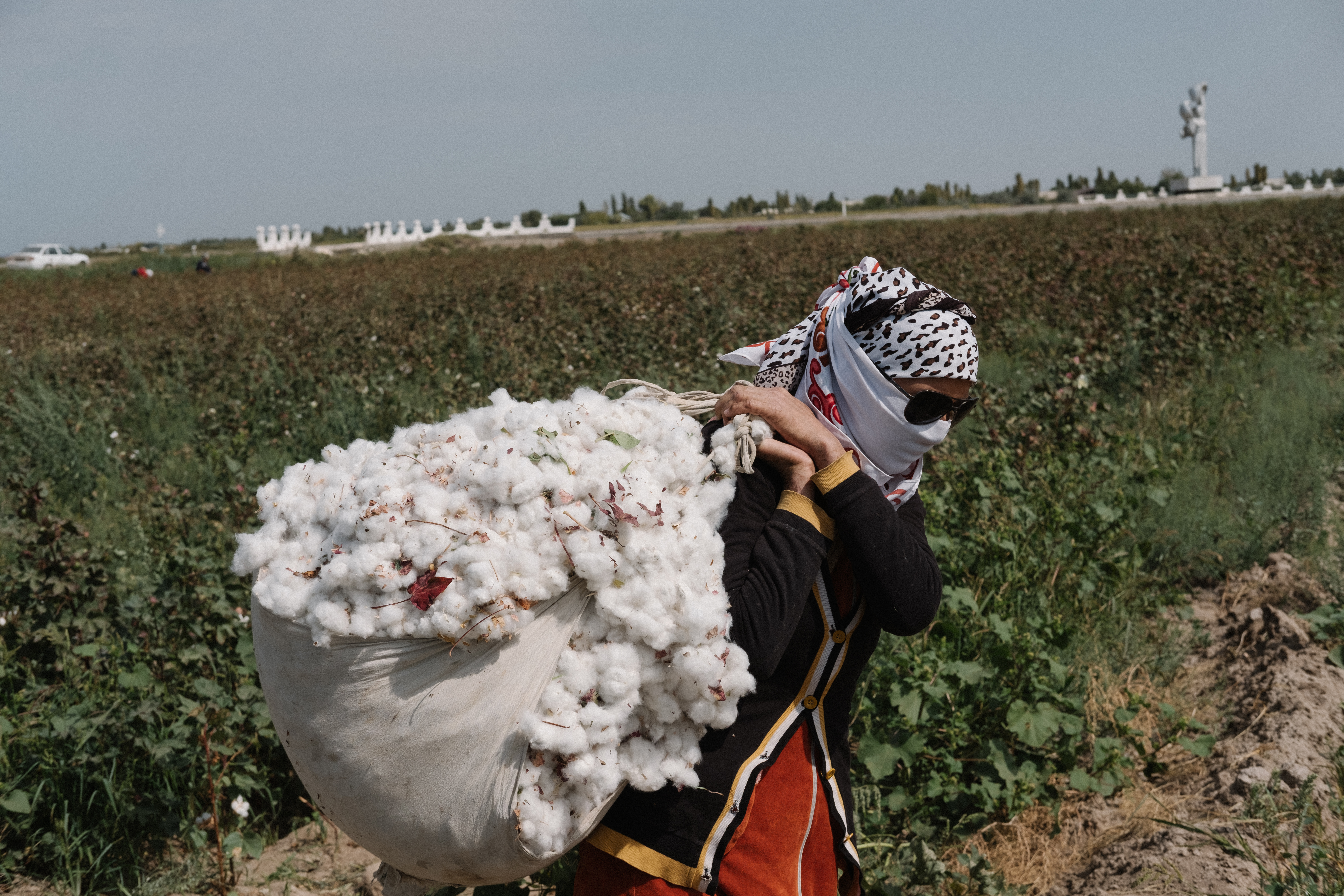 Washington, D.C.—April 4, 2019—Systemic forced labor persisted in Uzbekistan’s 2018 cotton harvest despite a meaningful government reform effort, according to evidence documented in a new report by the Uzbek-German Forum for Human Rights (UGF), “They said we wouldn’t have to pick and now they send us to the fields” – Forced Labor in Uzbekistan’s 2018 Cotton Harvest.

Released today, the report is based on 70 in-depth interviews, including with officials, 300 field visits, and monitoring of more than 100 farms. It documents both the significant progress made by the Uzbek government, as well as ongoing forced labor due to structural factors that remain largely in place. Driven by a commitment to reform at the highest levels of government, there is significant transition underway which is reflected in some encouraging signs of progress, but the 2018 harvest showcased the enormous challenges remaining in Uzbekistan’s efforts to end forced labor.

“UGF documented evidence that systemic forced labor persists because the structural causes remain in place. The top-down quota system, in particular, led officials to send people to pick cotton,” stated Umida Niyazova, Director of UGF. “We urge the government to accelerate reforms to build on its successes to finally bring an end to these practices.”

The government’s centralized production system and real labor gaps— insufficient labor in less populous districts coupled with a drop in voluntary labor over the course of the picking season— continued to drive the use of forced labor across the country in 2018. Higher payments to cotton pickers led to an increased voluntary turnout of labor during the early stages of the harvest but were not enough to close labor gaps in low population districts or in later stages of the harvest when earning potential dropped.

The government continued to assign cotton quotas to regions and impose responsibility to fulfill the quotas on officials, who faced dismissal and other penalties for failing to fulfill their quotas. These officials, in turn, required businesses, entrepreneurs, public sector agencies, and institutions to send their employees to the fields or pay for replacement pickers, and to provide resources for transportation, food, and accommodation for cotton pickers. The ongoing presence of forced labor continues to pose a serious reputational risk and potential legal liability to international brands that may have Uzbek cotton in their supply chains.

“I documented hundreds of employees of various enterprises picking cotton until the end of November,” said Malohat Eshonkulova, an independent journalist and labor rights monitor. “For example, a coal miner from Angren told me that 320 employees of O’zbekko’mir (the national coal enterprise) were forcibly sent to pick cotton and would lose their jobs if they refused.” Documents and testimony obtained by UGF show that thousands of employees from enterprises and public sector agencies, including at least seven state-owned enterprises, law enforcement, military, and emergency services, were ordered to the fields or to pay for replacement pickers.

For the first time, the government did not mobilize university students to pick cotton, an important positive step. It also, for the first time, did not mobilize employees from the health or education sectors from the beginning of the harvest, although local officials began sending some employees from these sectors to the fields to fulfill cotton quotas starting in mid-October when voluntary picking declined.

The UGF report follows another report released this week which found that, despite overall progress, forced labor remains a serious problem in the Uzbek cotton sector. The International Labour Organization’s Third Party Monitoring Report, released April 1, found that an estimated 170,000 Uzbek citizens were forced to pick cotton during the 2018 harvest and that the centralized quota system remained, “conducive to the exaction of forced labour.”

Reform efforts such as privatization of the cotton sector and diversification of agriculture are underway, but strengthening human rights protections remains crucial. The Cotton Campaign has called on the Uzbek government to foster a strong civil society in which citizens can form independent, democratic trade unions; negotiate for fair wages and acceptable working conditions, and monitor the cotton harvest independently without interference or harassment.

In the coming weeks, as requested by the Uzbek government, the Cotton Campaign will produce a detailed roadmap for reforms, focusing on three main areas: ending systemic forced labor; advancing structural reforms to address root causes, and enabling civil society. The Cotton Campaign and UGF look forward to sustained direct engagement with the Uzbek government, as it continues efforts to reform its cotton sector, end forced labor, and promote decent work.

The Cotton Campaign is a global coalition of human rights, labor, investor and business organizations dedicated to eradicating child labor and forced labor in cotton production in Central Asia.

The Uzbek–German Forum for Human Rights (UGF) is a German-based NGO dedicated to improving the human rights situation in Uzbekistan and strengthening and promoting civil society.