Umida Niyazova: Once again about torture in Uzbekistan 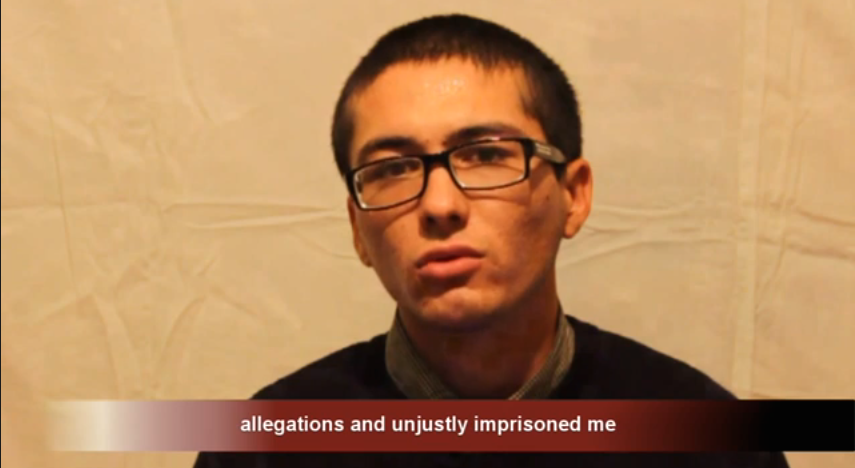 This story is typical for Uzbekistan, where torture by law enforcement is so widespread that it has become normal. Police or the national security service, who torture without the slightest pity for the people, almost never get punished for their cruel treatment of humans.

Torture is not just used on political prisoners or those whom the Uzbek government calls “enemies of the state,” often people accused of participating in religious extremist organizations. Torture is used against ordinary people, in most cases to get them to plead guilty so authorities can submit confessions in court to portray the victims as criminals and close their cases.

In April last year, The International Committee of the Red Cross (ICRC) stopped its visits to prisons in Uzbekistan. The Director of the ICRC ‏said on his Twitter account, “Our visits must have meaningful humanitarian impact and dialogue with authorities must be constructive,” but, he continued, “it is not the case in Uzbekistan.”

What does it mean in practice when torture is used systematically? There are two aspects:

The first is the lack of professionalism among investigating authorities. Instead of carrying out proper investigations, which can be time-consuming and difficult, they use torture to quickly achieve a confession of guilt. The percentage of solved cases is a metric that affects both career track and salary. So, law enforcement authorities use barbaric methods to increase their rates of crimes solved by coercing confessions. As courts ignore complaints about torture, it has become easier for investigators to limit their work to extract a confession to close the case.

In May 2006 I observed one trial in which six young men were accused of so-called “anti-constitutional activities.” In the course of the investigation, all of them made confessions. At the trial, they reported that investigators beat them, burned parts of their body, and threatened them with rape if they did not admit their guilt. The judge asked the defendants, “If you are innocent, why did you plead guilty?” They responded, “Because we could not stand the torture.” The judge asked them again, “Why did not you tell your lawyer about the torture?” They said that they had tried, but the lawyers pretended to not notice their suffering and instead told them that it was easier to confess to decrease the punishment. The judge asked no further questions about torture.

The second aspect that encourages the widespread use of torture is the absence of political will to eradicate it.

Badriddin Abdurahimov is a former student of the University of Information Technology. He was released from prison in October 2014, after completing a four-year term of imprisonment on a charge of murder.

In September 2010, when Badriddin was 17 years old, he witnessed the murder of a driver. A day later, he told his father what he had seen. His father took him to the police station in Badriddin Guzar district, Kashkadarya region. In a video interview, Badriddin said that the police began to beat him as soon as his father was gone. On the same night, police forced Badriddin, a minor in the absence of a lawyer, to write a “confession” of complicity in the murder. His father pleaded with different levels of authority, demanding justice, but nobody wanted to listen to his story.

Badridden and his father are among the very few who are willing to tell their stories. Victims of torture are mostly so terrified that they simply want to be left alone. The only way to help them break their silence and heal is to begin treating torture as the international crime that it is, rather than a typical occurrence employed by the Uzbek justice system.