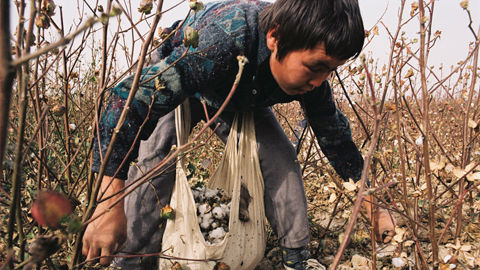 The recent refusal of the Uzbek government to grant an ILO monitoring committee entrance into the country has caused widespread indignation within the international community. Though Uzbekistan has in recent years signed several ILO conventions banning the use of forced child labour during cotton harvest, it still refuses to allow independent monitoring of the cotton harvest.

Recently, members of the green political party Alliance ’90/The Greens Viola von Cramon-Taubadel addressed the issue, specifically in regards to the German governments consequences of Uzbekistan´s continued refusal to accept an ILO observer mission. The answer the got was anything but specific. According to her, “the answer is shamefully non-committal and strikingly fails to grasp the urgency needed to end such large-scale violations of human and labor rights, as well as the need for strengthened action in lack of the GOU’s utter lack of cooperation on the matter. The German government and other EU countries should push for the Uzbekistan question to be considered already at the November 2012 and March 2013 ILO Governing Body sessions and call for a Commission of Inquiry to be sent in the country, based on Article 26 of the ILO constitution. But unfortunately, the German government prefers to wait for another year until the next International Labour Conference in June 2013 and is not prepared to put any additional pressure on the Uzbek government to end forced child labour.”

See below an excerpt from the plenary protocol regarding this matter.

Published in the plenary protocol on the 26th of September, 2012:

Response by the Minister of State Cornelia Pieper to the question by the member of parliament Viola von Cramon-Taubadel (BÜNDNIS 90/DIE GRÜNEN) (Parliamentary printing matter 17/10736, Question 43):

What are the specific consequences the Federal Government of Germany plans to draw regarding the recent non-admission of the special UN monitoring mission of the International Labour Organization, ILO, to the cotton harvest in Uzbekistan, specifically in regards to German-Uzbek intergovernmental negotiations on development policies and Uzbekistan’s commitments to abolishing the use of state-sponsored forced child labour in its cotton industry and the ILO?

The Federal Government is concerned about the non-admission of the monitoring mission of the International Labour Organization, ILO, to the cotton harvest in the Republic of Uzbekistan.

It regularly and empathetically advocates on a bilateral level, within the European Union and international panels for the Uzbek government to abolish child labour. It is expected that the governing body of the ILO reassesses the situation in Uzbekistan during the International Labour Conference in June 2013.

The Uzbek government will be required to take a stand on its efforts to implement the ILO conventions on child labour during the conference.

In Juli 2012, the Commissioner for Human Rights Policy and Humanitarian Aid at the Federal Foreign Office, Markus Löning contacted the chairman of the ILO governing body encouraging the ILO to take further steps in enforcing the abolishment of child labour in the cotton sector of Uzbekistan.