Azam Turgunov on the ex-prison warden, Abdukarim Shodiyev: “This person deserves to be imprisoned for a long time.” 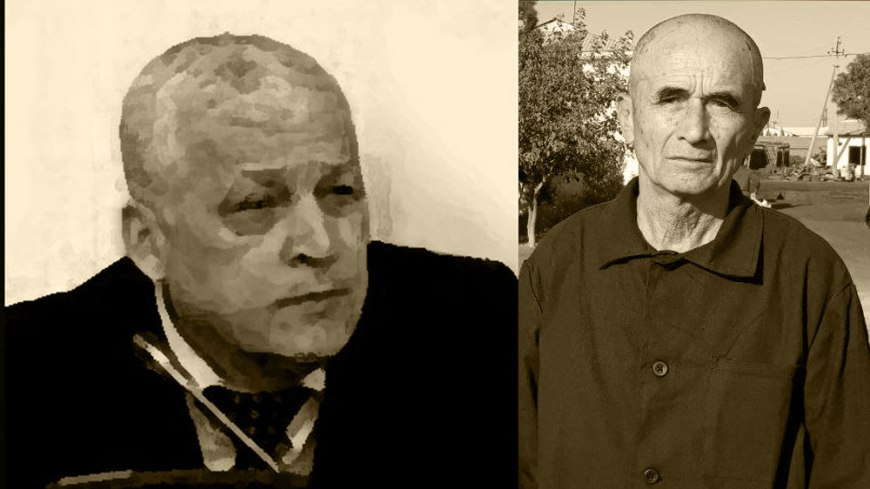 56-year-old Abdukarim Shodiyev, who had been the head of the Central Penal Correction Department (CPCD) until February 2018, was arrested in Uzbekistan. A criminal case against him was filed under Article 301 (Abuse of Power, Stretch of Power or Administrative Dereliction) and Article 230 (Deliberately Bringing Criminal Charges against an Innocent Person). On March 9, 2018, the Tashkent city criminal court issued a detention order against Shodiyev.

Uzbek-German Forum for Human Rights (UGF) spoke to Azam (Agzam) Turgunov, a human rights defender, who was released in October 2017 after a 10-year prison term on fabricated charges.

“Actually, the first person who should have been arrested and imprisoned is him. In 2005-2007, before my imprisonment because of my human rights work, I had a number of meetings with this man. This official was an insolent wicked man, very inhumane. He was deputy head of the CPCD and then became its head. By his rank, he was considered a deputy minister of internal affairs. However, this person has committed serious crimes, including economic crimes. The CPCD is considered the richest division of the Ministry of Internal Affairs. This man enriched himself through these crimes. Now, all of this is coming to light. This man had one of the biggest bags of stolen goods.”

For example, if a prisoner is supposed to receive 90 grams of meat and 100 grams of fish in conformity with the regulations, they could give him any kind of food and not more than 20-25 grams. Using such a simple example, count how many prisoners are in Uzbekistan and how much food they are supposed to have and how much is stolen. This person deserves to be imprisoned for a long time.

UGF: According to his wife, Shodiyev was taken out of his house with a bag over his head, and is currently being ill-treated.

Azam Turgunov: “For 20 years why didn’t his wife say something like: “Oi, Abdukarim! Why do you torture people? All detention centers are under your rule; every day, hundreds of mothers, children, and wives came to you begging for humanity despite the cold, the heat, or cold wind. Because of you, prisoners’ letters and complaints did not leave the prison. Why do your employees take 2 kg out of 10 kg of food brought for prisoners for themselves? Why hasn’t his wife been saying all this till now? Abdukarim’s nephew worked as the head of the organization which supplied prisons with food. Ask the prisoners how much money they earn. What is written in the regulations about serving a sentence? How many hours per day does a prisoner have to work? How much should he earn? And how much did he actually get? Compare all this! Even this will be enough to imprison Abdukarim Shodiyev 10 times over.

After all, these crooks have been stealing from the state for 10-20 years because no one said a word to them. He [ed. – Shodiyev] was indifferent to complaints about how prisoners are scalded with boiled water and how they suffered from other forms of torture. He listened to all of this without showing any compassion.

UGF: What kind of torture were you subjected to while you were imprisoned?

– When I was arrested, I was interrogated. I was scalded with boiling water in the Nukus detention facility. The investigator himself said that his name was Salamat Ismailov. He said: “We’ve been hunting you for two years to catch you for something. You are not going to leave here alive. All the judges will only believe us.” When I did not sign the indictment, he poured boiling water over me.

Then I was in Jaslyk [a prison which is notorious for its harsh conditions and torture of prisoners]… As per Berdiyev’s (the prison chief) instructions, three murder convicts who closely collaborated with the prison administration, brutally beat me for a whole month. Nobody said a word in my defense. Then they brought me to Shaikhali (a correctional facility). They did not allow me to send letters, they took newspapers away from me, and worst of all, they didn’t let me use the toilet. And all of this was under the rule of Shodiyev. Such people should be tried at an open trial at a stadium full of all the prisoners and their families. In front of 50 to 100 thousand people. Even now, the same kind of dirty people are managing the prisons. They will sell not only their honor, but their own mother for a pack of cigarettes.