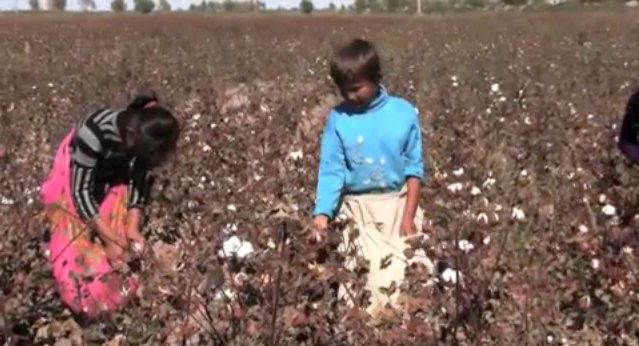 You can read most of the reviews below.

The current review is implemented by the Human Rights Society of Uzbekistan ‘Ezgulik’ which has been for the last several years monitoring the situation with the rights of farmers and the use of child labour in the cotton sector. Our research has shown that the use of forced child labour in this sector is widespread. According to our observations, children are sent to the cotton fields to pick cotton not by their parents, but by their school administrations at the directive of the district and provincial authorities.

In spite of international criticism for this practice and the subsequent adoption in 1998 of the Law “On Guarantees of the Rights of the Child” as well as the ratification by our government of ILO Conventions № 138 “On Minimum Age for Admission to Employment” and № 182 “On the Elimination of the Worst Forms of Child Labour”, the practice of mass-scale mobilization of children and college students for picking cotton remains unchanged since the Soviet times. For instance, in 2009, hundreds of thousands of school and college students spent on cotton fields for more than two months and returned to their classes only at the end of November. This year’s harvest seems to be no exception from this practice. The school kids are working in cotton fields in hazardous conditions exactly at this time, while the agro-project managers of the World Bank keep reporting success stories about the situation in the farming sector of Uzbekistan.

One of the reasons for the Uzbek government not heeding criticism is that not everyone in the world is aware of this problem. This is partly because some of the most respected international organizations not only exhibit indifference but also support the Government’s version of this problem. It is well known that the Uzbek government denies that the use of forced child labour is widespread and that the public authorities are complicit in it.  Such a respected international agency as UNICEF had been already criticized for adopting this position when they underreported the true nature and extent of the problem of child labour in Uzbekistan. To our best knowledge, due to growing criticism, UNICEF has since changed its stance and now recognizes the problem.

Regretfully, another authoritative international organization, the World Bank, has failed so far to provide an adequate assessment of the realities in the agro-sector of Uzbekistan and to acknowledge the fact of the widespread use of child labour in this sector. We regret that the Bank’s support to projects in the agricultural sector in Uzbekistan has been unconditional and was not used as a leverage to encourage the government of Uzbekistan to stop the human rights abuses in this sector. What is shocking to read is that in document justifying the allocation of loans and grants for agro-projects, the World Bank has admitted statements that are completely at odds with reality. Thus, intentionally or not, the authors of respective appraisal documents mislead the international community and donors to these projects on the real situation in Uzbekistan’s agricultural sector. We sincerely hope that our constructive criticism will be received accordingly and can initiate a frank and open discussion directed at seeking solutions to the issues we are raising with the World Bank.

The current assessment is based on a review of the following World Bank document:

Project Appraisal Document on a Proposed Credit in the Amount of SDR 41.3 million (US$ 67.96 million Equivalent) to the Republic of Uzbekistan for a Rural Enterprise Support Project, Phase II, World Bank: May 8, 2008 (report No: 43479-UZ).[1]

Rural Enterprise Support Project, Phase II  (RESP-2) is a continuation of the RESP-1 supported by the World Bank in 2001-2008 which the World Bank considers successful. In private conversations, the Bank’s representatives complain that they don’t have much leverage with regard to Uzbekistan to promote the reform agenda and raise concerns over the use of child labour and other human and labour rights violations endemic to the country’s agro- sector. However, as the authors of the Project Appraisal Document stated themselves, the Project’s phase two has been initiated by the Government of Uzbekistan,[2] so the Bank did have an incentive in its hands to encourage the Uzbek government to meet its international obligations in terms of farmers’ rights and the rights of children.  But instead of using this chance, the Bank preferred to appease the Uzbek authorities, satisfy its hunger for hard currency, without any preconditions, thereby sanctioning further human rights abuse.

In justifying the project, the document’s authors made several assumptions. The current assessment seeks to examine to what extent these assumptions correspond to reality and can be considered credible. Below is the juxtaposition of the Document’s key statements on such issues as the status of reforms in the agro-sector, the well-being of farmers and the use of child labour with the actual situation the information of which has been collected through civil society activists and the farmers themselves.

After a careful reading of the aforementioned Appraisal Document and comparison between its assumptions and the reality on the ground, we would like to respectfully express our disagreement with some of these assumptions, namely on the following two issues:
1) The state of reforms in agriculture of Uzbekistan;
2) The extent of child labour in the cotton sector of Uzbekistan.

On the first of these issues, we believe that it would be incorrect to say, as the authors of the Appraisal Document did, that there have been fundamental reforms in the agricultural sector. Despite the transformation of collective farms into private farms, the centralized management in two major sectors of agriculture, grain and cotton sectors that occupy up to 70% of arable lands, has remained almost entirely unchanged. The command economy continues to prevail in these two sectors. The Appraisal Document has failed to recognize that farmers remain to be under direct administrative control of the executive government. As kolkhozes in the past, the farmers are still denied the right to decide what crops to sow in their fields, as well as the right to the dispensation of their products.

The phase One of the World Bank Rural Enterprise Support Project which the authors of the appraisal document regard as successful may have indeed brought some benefit to farmers, but mainly in terms of technical and financial benefits such as the revitalization of irrigation and drainage systems, as well as the allocation of loans to the farmers in five selected districts where the project was implemented. But at the institutional level, it failed to promote genuine reforms, in contrary to what the authors of the Appraisal Document claim. As we said, the farmers still lack the freedom of enterprise, and the de-collectivization has changed a little since the times before the RESP-1. There is no guarantee that the second phase of this project, which began this year, will demonstrate any progress in this regard, as there are no signs of the government’s intentions to liberalize the cotton and grain sectors and give farmers the right to decide how to dispose of their land and production.

The assessment in the document on the issue of child labour is even more dismaying to us. The authors of the Appraisal Document state that the use of child labour in the cotton industry in Uzbekistan is not a big issue. It would be naive to suggest that the staff of the World Bank office in Uzbekistan, which has been present in the country for quite a number of years, would be unable to notice the magnitude and scope of this problem. In any case, we think this ignorance is unacceptable and undermines the credibility of the Bank, at least, in the eyes of the civil society of Uzbekistan.

We also believe that these two issues, namely (1) the still persistent command economy in agriculture and (2) the issue of forced child labour in the cotton industry, are closely related to each other. The second is caused by the first. The farmers themselves, if they were freed from the administrative dictate of the executive authorities, would possibly still bring children to pick their cotton, but would do this on a much smaller scale and, what is most important, on a contractual basis and not under duress and administrative coercion, as it currently takes place practically in all regions of the country.

Here is what we kindly urge to the World Bank:

1) Submit Bank’s documents and projects related to agriculture in Uzbekistan, for re-assessment, particularly in terms of evaluating the state of reform in the farming sector and the use of forced child labour;

2) Establish partnerships with civil society organizations on local and international levels. Particularly, the Bank should engage with those organizations which are already fighting for the abolition of forced child labour in Uzbekistan;

3) Strengthen support of reforms in Uzbekistan’s farming sector, to free the farmers from administrative directives of the local and central authorities; and to make loans to the agricultural sector contingent on Uzbekistan’s progress in executing real reforms in the sector and abolishment of forced child labour in the country’s cotton industry.

Our analysis and proposals are aimed at promoting reform in the country, improving the welfare of our people, and assisting the World Bank, the Government of Uzbekistan and other interested parties to conduct honest assessments of the situation in Uzbekistan, notably in its agriculture.  We believe that the agro-reforms and the abolishment of forced child labour are in the best interests of our country.