Can communities lead their own development in places where civil society is severely restricted? Development banks think so. 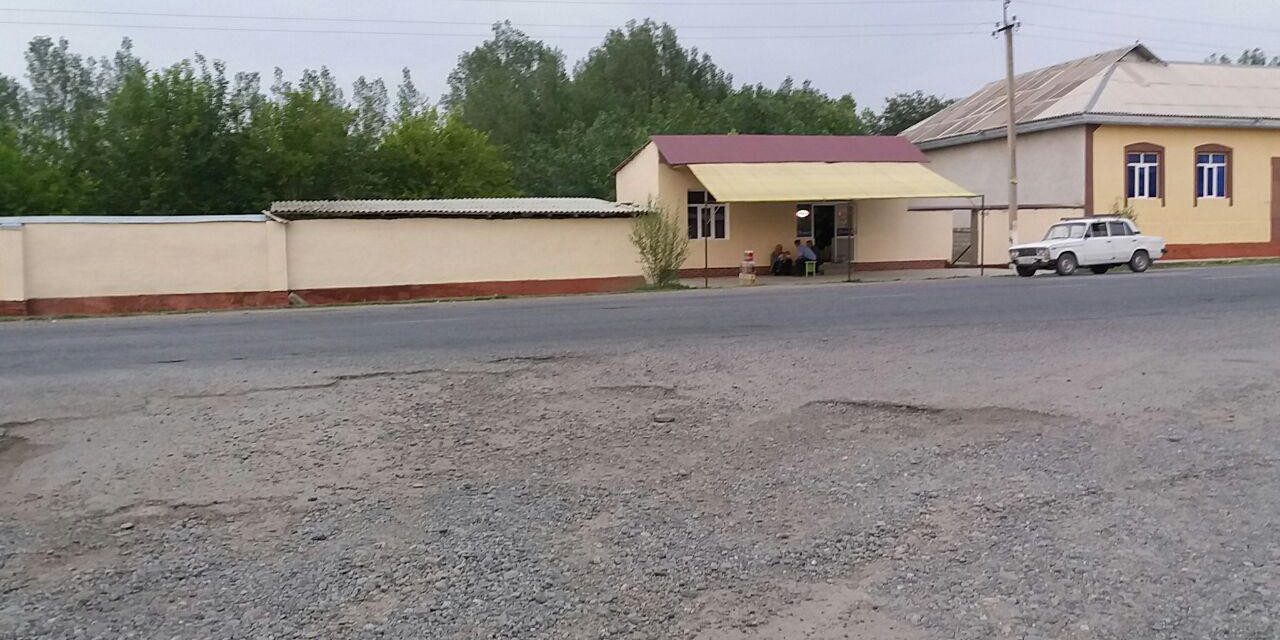 By Ishita Petkar and Lynn Schweisfurth

In recent years, Uzbekistan has embarked on a well-publicized reform path, attracting billions of dollars in foreign investment. Yet, the country continues to face numerous challenges, stemming from decades of government neglect, coupled with endemic corruption and a lack of investment in essential services and infrastructure.  Basic human rights, such as the right to access clean drinking water, electricity and heating, still remain out of reach for many Uzbek citizens.

President Mirziyoyev’s reform path has the potential to generate lucrative business opportunities and perhaps deliver urgently needed jobs and benefits to the Uzbek people. However, for the most part, the reforms have thus far failed to meaningfully consider the role of communities and civil society. Ordinary people remain largely excluded from this process and as recent elections (observed by international agencies such as OSCE) have confirmed, Uzbekistan is still a long way from democracy.

This context has not prevented development banks from pouring investment into the country. According to data from the Early Warning System, since January 2019, commitments for new investments amounting to $5.5 billion across 6 banks have been disclosed, spanning a wide variety of sectors, from energy and transport to water and sanitation.

While the majority of this portfolio seeks to capitalize on Uzbekistan’s transition to a market economy,  a fraction of these projects seemingly aim to foster participation of communities and civil society in development processes that affect them, in order to enhance their sustainability and effectiveness.

Worldwide, the experiences of communities and civil society have demonstrated that when projects are designed and lived by the same people, they can mobilize local knowledge and expertise to avoid adverse impacts and ensure sustainable benefits that fulfill community priorities. In other words, in an enabling environment, community-led development can ensure development that respects human rights and realizes communities’ visions for their futures.

For Uzbekistan, the interest of development banks in enhancing participation of civil society, albeit still only a minority of investment portfolios, offers a valuable opportunity to build the capacity of communities to lead their own development processes.

In November 2019, the World Bank approved a $100 million investment to support Uzbekistan’s Obod Qishloq program, an ambitious agenda to improve the country’s infrastructure launched by the Uzbek government in 2018. The World Bank’s Prosperous Villages project is based on the principles of “community-driven development”, and aims to provide an example of participatory development processes for the Uzbek government to adopt in its larger program. Implemented properly, a project like this has the potential to transform the lives of thousands of Uzbeks who live without heating or clean water, and may also create myriad jobs in a country with soaring unemployment, particularly among the youth.

Unfortunately, reform is a slow process – old habits die hard and the space for civil society and communities remains closed and restricted in Uzbekistan. Development banks such as the World Bank are acutely aware of the risks of conducting business in a country with little democratic oversight and endemic corruption. In 2017, Uzbek Forum (then Uzbek-German Forum/UGF) and Human Rights Watch published a joint report, linking the World Bank Group’s investments to cotton produced with forced labor. Following intensive advocacy and public pressure, then World Bank President Jim Yong Kim publicly urged President Mirziyoyev to finally end the use of forced labor. Shortly thereafter some 200,000 students and medical workers were released from the fields, demonstrating the influence of large financial institutions to effect change for good.

Since the Uzbek government began implementing the Obod Qishloq program, there have been numerous reports of the use of forced labor to carry out renovations and construction work under the pretext of hashar, a tradition that dates back to Soviet times whereby residents come together to carry out voluntary work for the benefit of their communities. By labelling public works as hashar, local officials are able to forcibly recruit employees of both state-owned and private enterprises to work without pay and often under difficult and dangerous conditions rather than creating new – paid – employment opportunities.

To date, there have been numerous cases of forced evictions reported, whereby residents have had to leave their homes to make way for new developments without sufficient prior notice or adequate compensation. The tragic death in 2018 of a young teacher in the Samarkand region, Diana Enikeeva, caused a national outcry, bringing to light the widespread use of public sector employees like Diana who are regularly required by officials to carry out unpaid work. Diana was hit by a truck while she and other colleagues were sweeping a highway instead of at school, carrying out their jobs. In February 2019, Uzbek Forum and Solidarity Centre published a joint report on the use of forced labor of public sector employees in Uzbekistan, including in Obod Qishloq projects. The risks posed by the Obod Qishloq program are real, documented and well-known.

Despite seeking to turn a new leaf nationally, Uzbekistan’s past practices continue to manifest at the regional, district and local governance level – the same authorities relied on by the World Bank to implement its new Prosperous Villages project.

The World Bank foresees the establishment of “Mahalla Citizens Assemblies” to ensure a participatory approach that will take into consideration the needs and concerns of citizens and communities affected by the project. However, mahallas are essentially local government bodies which have historically been an extension of government control. Although mahalla committees are officially elected, candidates have to be approved by hokims or local government officials and are responsible for a range of duties in the community, including the disbursement of pensions and social benefits, thus putting them in a position of considerable power over local communities. In the OSCE’s preliminary findings on the December 2019 elections, it pointed out that,

“…members of Mahalla committees, whose involvement in many aspects of election administration and in day-to-day life at community level raises questions about their ability to function as independent observers.”

The report goes on: “Mahalla observers interfered in or directed the counting process, and on occasions actively participated in the actual counting of votes.”

In fact, as of February 2020, these “Citizen assemblies” are now officially part of the government Ministry of Mahallas and Family Support.

And therein lies the problem. In authoritarian regimes such as Uzbekistan, the lack of independence of institutions, scrutiny and accountability leaves citizens and communities at the mercy of local officials whose decision-making processes are often only influenced by bribes rather than rule of law. It is therefore imperative that the World Bank and other development banks ensure that alongside government officials, civil society is truly involved in a meaningful way and without risk of reprisals. This is the biggest challenge of all in a country which has overseen the crushing of independent civil society organizations and the silencing of dissenting voices.

Although much smaller in scale, similar critiques and recommendations can be made regarding the Asian Development Bank’s (ADB) Deepening Civil Society Engagement for Development Effectiveness project. A technical assistance grant aimed at improving civil society engagement in ADB operations, the project works through registered civil society organizations to implement “capacity building” activities in other ongoing ADB projects. However, as Uzbek Forum has reported, to date, independent and critical civil society organizations still face enormous bureaucratic hurdles to register, and often experience harassment and reprisals as a result. Additionally, the activities set out in the project documents are adjacent or tangential to project impacts, at best. For example, for the proposed Second Tashkent Province Water Supply Development Project, where 68 households are anticipated to be affected by permanent land acquisition, the ADB’s civil society engagement activities are limited to a “community awareness raising campaign on water use and water hygiene.” These issues underscore the difference between paying lip-service to meaningful civil society engagement in projects, and actually ensuring communities are capacitated to engage in, design and lead the development processes that will ultimately affect their lives.

For development banks to make civil society engagement in Uzbekistan a reality rather than a box-ticking exercise, there first needs to be open acknowledgement of the ongoing restrictions and lack of capacity for Uzbek civil society to meaningfully participate without fear of reprisal, and proactive measures put in place to fill that accountability gap. Regrettably, the practices of development banks often reveal their own gaps in failing to ensure access to information to enable meaningful civil society engagement in their projects, among other shortcomings. To date, the World Bank’s “community-driven” Prosperous Villages project has not publicly disclosed any project documents in Uzbek, as is the case with the ADB. Despite repeated requests from Uzbek Forum and IAP, the World Bank has yet to make project information in the Uzbek language available.

The move towards localizing ownership of development processes by fostering deeper civil society engagement and enabling communities to articulate and implement their own priorities and visions for development is a step in the right direction. However, especially in countries where civil society and communities have little or no means to hold the government to account, and lack the enabling environment, skills and experience to meaningfully participate, development banks must do more to develop a stronger focus on human rights risks and ensure their own practices prioritize civil society and communities.

In July 2019, Maina Kiai, UN Special Rapporteur on the rights to freedom of peaceful assembly and association remarked,

“When people’s rights to assemble and associate are restricted — whether by an environment of fear or intimidation, or by laws that cut off funding of independent groups — we stand no chance of designing development programs that actually meet the needs of poor communities.”

These words are more relevant than ever for today’s new Uzbekistan.

This article was co-authored by the Uzbek Forum for Human Rights and the International Accountability Project (IAP), as part of the Early Warning System.

Uzbek Forum and IAP have been engaging with the Asian Development Bank and the World Bank to help strengthen and address the challenges outlined in the projects mentioned above. Read the letter submitted to the World Bank Board of Executive Directors prior to the approval of the Prosperous Villages project here.

This article is available in Russian: https://www.uzbekforum.org/

Photo: A village in Samarkand region, where community members reported being forced to paint their houses yellow, even if they did not have enough funds, as part of the government’s Obod Qishloq program.