Comments from the Embassy of Uzbekistan to the UK 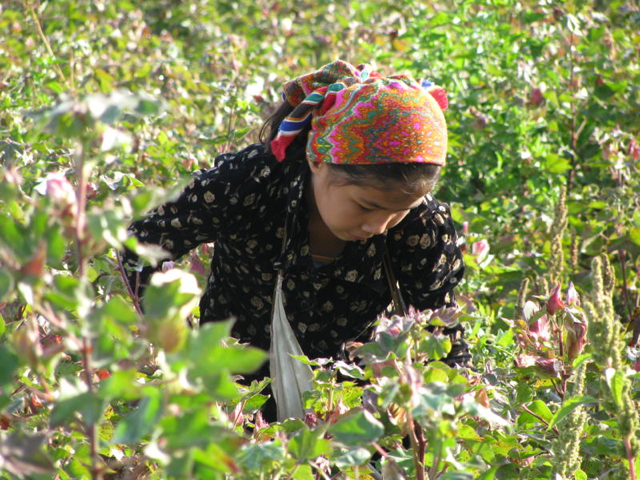 EMBASSY OF THE REPUBLIC OF UZBEKISTAN TO THE UNITED KINGDOM

The information campaign against Uzbekistan concerning the issue of so-called «forced child labour in cotton fields of Uzbekistan», which accelerated lately, mismatches with the reality and represents an attempt of unfair competition and political-economic pressure upon the country.

In spite of the fact that the mentioned problem took place more than 15-20 years ago, a question arises — why it is right now that the interest to this issue has suddenly emerged in the West and especially in Britain?

It is known that nowadays the Uzbek cotton drives out other producing countries’ cotton on the world market and the agiotage around it has appeared immediately after lifting the state subsidies for cotton producers in some of the well-known countries, that makes them less competitive in the global market.

Obviously, Uzbekistan’s task-oriented course on increasing the volume of cotton processing within the country, directed to the reduction of the practice of export of cheap raw materials abroad, causes concerns among different foreign companies that are accustomed to using cheap raw materials for manufacturing and selling of their own products for multiply overrated prices.

Uzbekistan, being a member of the UN, OSCE, ILO and the number of other international organizations, is also a signatory to many important agreements and conventions. It also has an advanced legal system, in which the adherence to international norms for regulation of the social-labor sphere, as a whole, and protection of the labour rights of the under-age citizens, in particular, is proclaimed.

Historically formed mentality of the Uzbek people, its love for children, which is reflected in the country’s legislation regulating labour affairs, is well known. The Labour Code of Uzbekistan (article 77) sets a minimum age for employment — from 16 years. Persons, who reached the age of 15, can be accepted to work by the written consent of one of the parents or substituting person.

Currently, there are no state-controlled agricultural enterprises in Uzbekistan that in itself rules out any of so-called «enforcement to agricultural labour». Besides, the legislation of the Republic of Uzbekistan forbids any form of child labour on cotton fields and other agricultural sectors.

At the same time, in order to prepare young people for labour and rendering assistance for their parents and farmer-relatives, upon reaching by children of the age of 14, it is allowed during the free-from-school period to employ comprehensive and secondary school pupils, students from professional, technical colleges and lyceums to perform an easy work, which would not cause any harm to their health and development.

This is in full conformity with the norms of Conventions №138 and №182 of the International Labour Organization. Besides, the «List of unfavourable jobs, where the use of labour of young people under the age of 18 is forbidden» was registered by the Ministry of Justice of Uzbekistan under № 1040 on 9 June 2001.

The control over the observance of these norms is carried out through different structures, including the institution of Ombudsmen and its branches in the regions, the parliamentary monitoring institutions, as well as NGOs, the number of which in Uzbekistan exceeds 5000. Many of the NGOs are engaged in the protection of the rights of children and the youth («For the Welfare of Young Generation», «You Are Not Alone», «Sabr» and others). Two commissions on the affairs of minors are created in Uzbekistan. One of them is headed by the Deputy Prime Minister, another — by the Prosecutor General. The control over the avoidance of the use of child labour is carried out by the employees of the State legal inspection on labour and the republican, the sectoral and territorial association of trade unions.