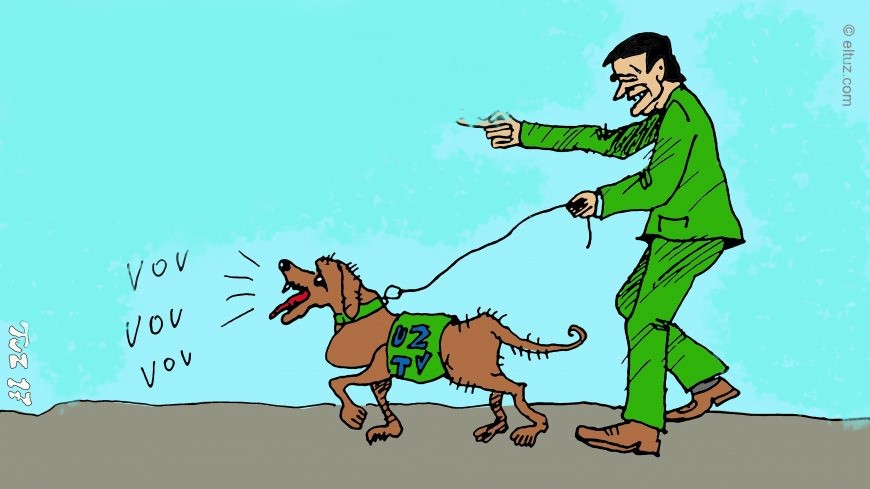 Before announcing their hunger strike, these journalists did their utmost to attract the attention of the authorities of Uzbekistan to these problems by other means. They have sent to you personally 56 letters and telegrams requesting that you receive them to hear their complaints about Uzbek State Television.

However, all of these appeals were left unanswered by your office.

Saodat Omonova and Malokhat Eshonkulova have been working for the news program “Davr” (“Times”) on the Yoshlar (Youth) television channel. Since December 2010 they have been trying to raise awareness about the problems with this channel. Their efforts were met initially by pressure and threats from the management, and eventually by their firing. This did not end the retribution against them; they have since faced further threats, and both have been denied their Tashkent residence permits.

Despite the fact that censorship is banned in both the Consitution of Uzbekistan and the Law on freedom of the press, the press in Uzbekistan is in fact under the total control of bureaucrats. As a result of this situation, the Uzbek press appears to live in a parallel world that has no relationship to the reality of the country. You have called for freedom of the press on numerous occasions. You have called journalists to show more initiative and courage in their coverage of the situation in the country. However, the rights and freedoms of those journalists who want to work honestly and professionally have never been guaranteed in reality.

Unfortunately, there are no legal, democratic procedures to protect the rights of citizens and fight against the dictatorship of bureaucrats. It is for this reason that people are forced to resort to public actions such as demonstrations, pickets, and hunger strikes.

The hunger strike announced by these two journalists is probably the only way to attract your attention to the problem of human rights in Uzbekistan. We believe that you, as a guarantor of the Constitution, bear responsibility for the lives and health of Saodat Omonova and Malokhat Eshonkulova.

We call upon you to read their appeals and grant their right to serve their country and society in a professional manner.