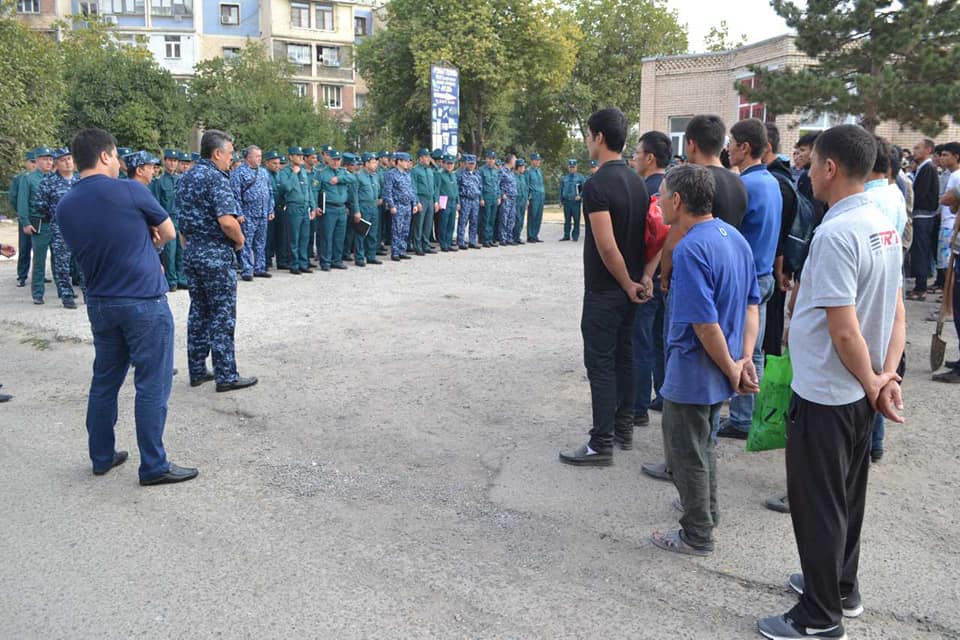 Dear Board of Directors,

We are writing to express concern about the loans proposed by the World Bank and the Asian Infrastructure Investment Bank (AIIB) to the Republic of Uzbekistan for the “Prosperous Villages” project, in light of the serious human rights violations which have and continue to occur in the course of the implementation of the larger Obod Qishloq programme, which the “Prosperous Villages” project supports.

The World Bank’s “Prosperous Villages” project, with proposed co-financing from the AIIB, aims to “design adjustments that can help the state programme achieve its full potential” by introducing participatory local development processes. Although this project endeavours to deliver much-needed 1 infrastructure and ensure this development is community-based, we are concerned about the continued prevalence of forced labour under the larger Obod Qishloq programme, the restricted environment for communities to voice their opinions free from coercion, and the current capacity of civil society to meaningfully participate in these processes.

The larger Obod Qishloq programme was adopted in accordance with the Decree of the President of Uzbekistan on 29 March 2018. The purported aim of the programme is to address infrastructure and 2 service delivery gaps, including through large-scale public works such as repair and improvement of houses, construction of drinking water supply networks, power and gas supply networks, construction and repair of social facilities, market infrastructure, major repairs of roads, purchase of buses and construction of bus stops.

Despite government reforms, since the launch of the programme in May 2018, Uzbek-German Forum for Human Rights (UGF) has documented numerous reports and complaints from residents of Uzbekistan

that local authorities are forcing employees of state-funded organisations to work without pay and carry out unskilled, and often dangerous, tasks.

In one case from June 2019, the head of civil protection and the head of Yangibazar district, referring to the Decree on the Obod Qishloq programme, ordered the declaration of a “state of emergency” and conducted “special tactical training exercises” to carry out construction work in three villages. These “exercises”, which involved construction work, required the participation of staff from government agencies such as the Ministry of Emergency Situations, the police, the health department, the transport service, the oil depot, and electricity and telecommunications networks. 3

In another example, residents of the village of Tashrobot in Navoi region have complained that local authorities are demanding that people repair the facades of their homes as part of the Obod Qishloq programme, and that those who fail to do so are threatened with demolition of their homes. In a letter written to Radio Ozodlik on 28 June 2018, one villager wrote:

“My brother works at the factory. They came to his house and said that if he did not repair the facade of the house, they would make him leave his job. We thought we needed more than 2 million soum to repair the façade and put up a fence. We said there is no money now, and they said we will ‘fire you‘ and ‘demolish the house’. One of our neighbours took a loan from a bank and repaired the roof, the other took a loan to erect a fence. But we can’t take a loan because we won’t be able to repay it. We don’t know what to do now.” 4

Human rights violations related to the implementation of the Obod Qishloq programme have continued throughout 2019. Compounding this, space for civil society remains severely restricted, including for 5 those monitoring and reporting on forced labour. 6

We express serious concern about the ongoing and high risk of abuses, including evidence of state-organized mass forced labour, directly related to the Obod Qishloq programme, which this project supports. Given the plans and mitigation measures currently outlined in the World Bank’s project documents, we highlight in particular challenges with the:

3 See Uzbek-German Forum for Human Rights, “Uzbekistan Cotton Harvest 2019 Chronicle of Forced Labour”, October 4, 2019. Available at: http://uzbekgermanforum.org/uzbekistan-cotton-harvest-2019-chronicle-of-forced-labor/ 4 Translation from Uzbek provided by Uzbek-German Forum for Human Rights. Letter available at: http://bit.ly/ozodlik 5 For example, a ​message​ dated August 2, 2019 signed by the head of the Surkhondarya region to the heads of district and city administration offices states that 30 companies must send their employees to work on so-called “community works” development of the area adjacent to the M39 highway. Available at: https://www.gazeta.uz/ru/2019/07/29/hashar/​ For more examples, please see Annex. 6 UGF and partners have documented a noticeable increase in the harassment and intimidation of human rights defenders and journalists reporting on forced labour in recent months. For more information, see UGF, “​Amidst reform effort, journalists and activists face criminal charges, arbitrary detention, forced psychiatric treatment”, October 16 2019. Available at: http://uzbekgermanforum.org/uzbekistan-amidst-reform-effort-journalists-and-activists-face-criminal-charges-arb itrary-detention-forced-psychiatric-treatment/

We strongly urge the World Bank and the AIIB to ensure that the “Prosperous Villages” project does not further contribute to the violations experienced, and to use their leverage to instead seek to alleviate and end the abuses under the Obod Qishloq programme by:

Thank you for your immediate attention to this serious matter. We look forward to hearing from and engaging with you.

It is expected that 80% of the financial resources required for the implementation of the Obod Qishloq will be provided from the state budget, funds of state enterprises and foreign investments. The remaining 20% are funds from entrepreneurs, which will be directed to their own market infrastructure facilities, as well as bank loans. According to the presidential decree, construction and improvement works are planned in 478 villages with a total population of 1.6 million people in 2019.

Numerous testimonies and documents reveal that local authorities are forcing public servants to carry out unpaid work on building sites within the framework of state programmes Obod Qishloq and Obod Mahalla through November 2019 . Each local administration is given an order to carry out a certain agenda of work and report to the government, although the local authorities often have no funds to finance the work.

In order to carry out the work as required by the programme, local authorities have resorted to extreme measures, such as declaring a “state of emergency” and ordering the mobilization of citizens. A few documented examples from recent months include:

❖ Uzbek media have published a document called “Urgent information” dated August 2, 2019, signed by the head of the Andijan region, Shukhrat Abdurakhmonov, which calls for every head of regional organizations to bring 10 of his employees on August 4, 2019 to the sanatorium in Khanabad city “with shovels, hoes, and other tools” to perform public works. Attached to the directive is a list of 68 regional state and private enterprises, which are obliged to send 10 of their employees to perform public works.

❖ More evidence of state-organized mass forced labour for so-called “community works” is a message sent to heads of district and city administration offices of the Surkhondarya region dated August 2, 2019 signed by the head of the region, Tura Bobolov. It states that 30 companies must send their employees to work on development of the area adjacent to the M39 highway.

For more information on forced labour of public sector employees in Uzbekistan outside of cotton and silk production, including under the Obod Qishloq programme, see the joint report from February 2019 produced by Solidarity Center and Uzbek-German Forum for Human Rights, There Is No Work We Haven’t Done: Forced Labor of Public Sector Employees in Uzbekistan.