Decisive action to hold official accountable not so decisive after all 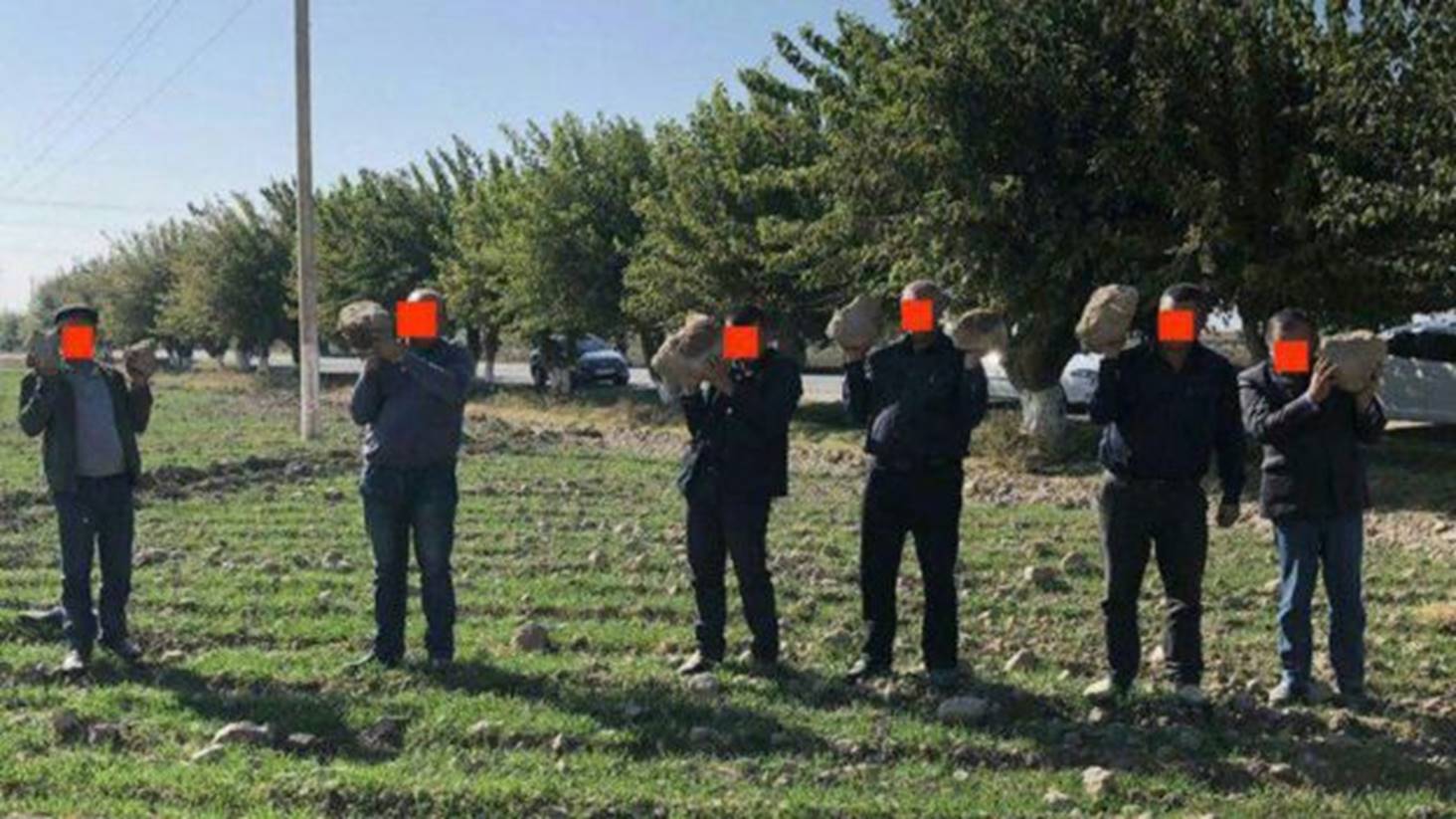 Zoyir Mirzayev, the Deputy Prime Minister fired by the president of Uzbekistan on October 29 for punishing farmers and officials, was appointed  hokim of the Sharaf-Rashidov district of Jizzakh region on November 7.

The official reason for Mirzayev’s dismissal was “serious shortcomings in the organization of work on sowing and irrigating winter grains”. The announcement was made after two photographs were circulated on the Internet, one showing six men standing in a ditch full of water and the other showing six men holding large rocks in a field. Both photographs were taken in the Tashkent region during Mirzayev’s visit to the region.

The photos caused an uproar on social media after it was discovered that the men in the photos were being punished by Mirzayev for shortcomings in farming. President Shavkat Mirziyoyev swiftly ordered Mirzayev’s removal, a move hailed as a decisive action to hold an abusive official accountable.

Yet, just over a week later, the press service of the regional hokimiyat, reported that Ergash Saliyev, the hokim of the Jizzakh region, informed the deputies of the appointment of Zoyir Mirzayev as the hokim of the Sharaf-Rashidov district in accordance with order 770-k of November 7, 2018, with the consent of the Administration of the President of the Republic of Uzbekistan. While the appointment is a demotion, it will give Mirzayev direct oversight of farmers and local officials responsible for agriculture in his district, including fulfillment of the district’s state-mandated wheat and cotton quotas.

Radio Ozodlik was able to determine that that the six men standing in a water-filled ditch were punished for not irrigating wheat fields. The punishment was carried out in the presence of Deputy Prime Minister Zoyir Mirzayev, as well as officials of the Akkurgan district of the Tashkent region.

According to eyewitnesses interviewed by Radio Ozodlik, three of the six men standing in the ditch are employees of the hokimiyat of the Akkurgan district. One is the aksakal (head – Ed.) of the mahalla (community council  Ed.), and the other two are local farmers.

Witnesses say the photos depict only a snapshot of the punishment for the “guilty parties” and that all six men were forced to stand in cold water in the ditch for about 40-45 minutes and then run through the streets in wet clothes.

“This scene was witnessed not only by me, but by many other residents of Akkurgan. First, the six men were forced to stand for 40-45 minutes in cold water in a ditch, and then they were driven along the street. The men fled while a car drove behind them. Where exactly they went, I do not know. I saw this for the first time in my life. It was terrible”, one of the residents of the Akkurgan district told the reporter.

On another photo, the six men holding large rocks were officials from the Bekabad district of the Tashkent region, including Ulugbek Khudoyberdiev, the Chairman of the District Farmers Council. They were punished by Zoyir Mirzayev for not adequately preparing the field for the sowing of wheat.

One of the officials from the administration of the Bekabad district, another witness to the incident, said Ozodlik that Zoyir Mirzayev had been furious that the wheat field on the territory of the “Batyr Malik” farm was strewn with dry clay.  According to his account, Zoyir Mirzayev ordered photographs of the “guilty parties” to be taken and sent to all district officials as “a lesson to others”.

Incidents of cruel and humiliating treatment of subordinates and farmers by officials are common in Uzbekistan and usually go unpunished.

During the cotton season last year, a 27-minute audio recording of a meeting that took place on October 16, 2017, exposed the hokim of Andijan, Dilmurod Rahmatullayev, insulting and humiliating the heads of educational institutions, calling them “jackals”, “brutes”, “donkeys”, and “animals”, for failing to send the necessary number of employees to pick cotton.

Rakhmatullaev was fined $645 for using insulting language against officials but has never been reprimanded or held to account for forced labor and continues to occupy the post of hokim of the city of Andijan:

In fact, the fine appears to have had no effect on Rakhmatullaev’s use of abusive language. On a May 15, 2018 recording, Rakhmatullaev can be heard insulting local officials and mahalla representatives for not adequately cleaning the city in advance of an anticipated visit by Mirziyoeyev. On the recording he is heard calling officials “scum, god damned, contagion, filth, lepers, bastards, and rags.”

Another audio tape of a 45-minute meeting held during last year’s cotton harvest on November 1, 2017 by the head of the Parkent district administration of the Tashkent region, Nematulla Abdullaev, revealed him using abusive and insulting language to humiliate and intimidate the heads of organizations, enterprises, and community leaders for not sending enough people to pick cotton and meet quotas.

Nematulla Abdullaev has not been disciplined or held accountable for his conduct and is currently head of the Bekabad district of the Tashkent region.