Due Process at Risk: Journalist Bobomurod Abdullaev Appeals to the General Prosecutor of Uzbekistan Following Threats and Insults 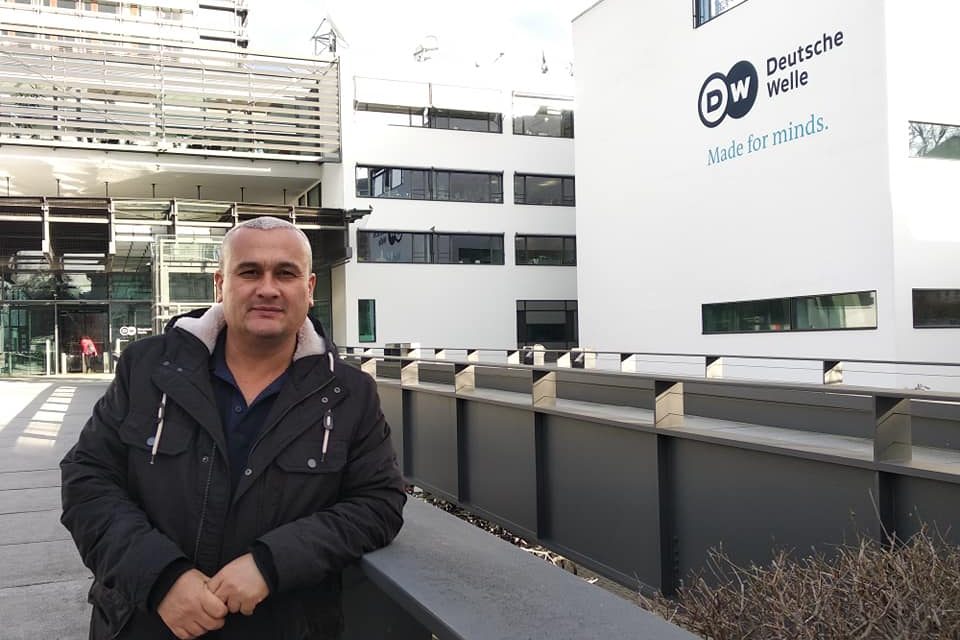 On October 19, journalist Bobomurod Abdullaev posted a video appeal to the General Prosecutor of Uzbekistan, Nigmatulla Yuldashev, on his Facebook page in which he reported on threats from investigators of the State Security Service (SGB).

Criminal proceedings were opened against Abdullaev who was extradited from Kyrgyzstan on August 22, 2020 allegedly under political charges relating to insulting the president and disrupting the constitutional order. Uzbek media reported that “Law enforcement agencies of Uzbekistan gave guarantees to Abdullaev that he would have all means to defend himself, including legal assistance”. Immediately upon his return, the criminal case against Abdullaev was kept classified, preventing him and his lawyer Sergey Mayorov from sharing details of the investigation process.

Abdullaev claims that on October 19 at 10 a.m., he was summoned for interrogation by Mansur Ergashev, a senior investigator at the SGB, which Abdullaev attended with another lawyer, Arslan Shoimardonov.  Abdullaev asked the investigator to postpone the interrogation because Sergey Mayorov, his initial lawyer, was participating in another trial and was not able to attend. Abdullaev explained that Mayorov was the only lawyer who was sufficiently familiar with the criminal case materials and that his participation in the interrogation was therefore important. The other lawyer, Arslan Shoimardonov, has still not been given access to the details of the case against the journalist.

Abdullaev said, “Mansur Ergashev then left the office and came back accompanied by another man who immediately started screaming and accusing me of obstructing the investigation.” According to Abdullaev, the man introduced himself as Bakhrom Karimov, the head of the department of investigations, and threatened to arrest and detain him in custody. Karimov also used insulting language towards Arslan Shoimardonov, Abdullaev’s lawyer who was present.

Abdullaev was then ordered to return for interrogation later that day, October 19 at 4 p.m. with his initial lawyer, Sergey Mayorov, even if it were necessary to “drag him in by the scruff of his neck”. Abdullaev claims that the investigator deliberately scheduled the interrogation on October 19 in the knowledge that Mayorov could not attend. Abdullaev believes that the investigator of the SGB intentionally constructed artificial obstacles in order to accuse him of obstructing the investigation. He has requested that Nigmatulla Yuldashev, Prosecutor General of Uzbekistan, removes Karimov from the investigation for threatening and insulting both him and his lawyer.

The previous day, on October 18, Abdullaev reported that he had received a three-room apartment in Tashkent city as a gift from President Shavkat Mirziyoyev.

Abdullaev was detained in Kyrgyzstan on August 9, 2020 upon the request of officials in Tashkent. He washeld in the Kyrgyz State Committee for National Security (GKNB) detention facility while Uzbek law enforcement agencies investigated him for a “number of crimes”. Abdullaev was then extradited to Uzbekistan on August 22.

Abdullaev has maintained that his detention by the Kyrgyz special services was baseless. He told reporters, “I was detained at the request of Uzbekistan. They wrote in the request that I allegedly write articles under the pseudonym Qora Mergan (“Black Shooter”). On July 23, they held a trial in my absence in the Mirzo-Ulugbek District Court of Tashkent City and sent the charges here.” Abdullaev also denied any involvement in articles published on social networks under the pseudonym Qora Mergan.

GKNB representative Rakhat Sulaimanov confirmed to the Azattyk Kyrgyz service of RFE/RL that Abdullaev was detained at the request of Uzbekistan.

“In the framework of the 1993 Minsk Convention on Legal Assistance and Legal Relations in Civil, Family and Criminal Matters, a citizen of Uzbekistan, A. B., born 1973, was detained. He is wanted for a number of crimes by the law enforcement agencies of Uzbekistan. He was detained in a pretrial detention facility of the State National Security Committee.“

Articles published under the pseudonym Qora Mergan in social networks and the eponymous Telegram channel with 3,000 subscribers, are known for their harsh criticism of the President of Uzbekistan, Shavkat Mirziyoyev. On August 9 and August 10, when Abdullaev was already in detention, the Telegram Channel continued to issue publications authored by Qora Mergan. Prior to his arrest, Abdullaev had repeatedly stated that he had nothing to do with Qora Mergan. On July 25 this year, Abdullaev appeared on his YouTube channel, saying that a number of bloggers and writers suspected him of writing materials published on Facebook under the pseudonym Qora Mergan and categorically denied his involvement in those materials.

Abdullaev had arrived in Kyrgyzstan in February this year at the invitation of the American University of Central Asia (AUCA) to undergo a four-month training course. However, after completing his training, Abdullaev was unable to leave the country because Kyrgyzstan’s borders had been closed due to the coronavirus pandemic.

In April 2020, Sergei Mayorov, another lawyer for Abdullaev in Tashkent, told Ozodlik that he had sent a request to the Yakkasaray District Internal Affairs Department of Tashkent City and the State Security Service (SNB) of Uzbekistan to find out whether a new criminal case had been initiated against the journalist. In response to Mayorov’s request, the Yakkasaray District Internal Affairs Department replied that “no criminal case has been initiated against B. K. Abdullaev”. The State Security Service of Uzbekistan also informed Mayorov that “no statements or complaints were received against B. K. Abdullaev”.

On August 10, Mayorov told Ozodlik that he again asked the SNB to provide him with information about when, under which article of the Criminal Code of Uzbekistan, and which official criminal case was initiated against Abdullaev. The lawyer has not yet received a response from the SNB.

Abdullaev was previously detained In September 2017 in Tashkent by Uzbek special services and charged with publishing articles on the Internet under the pseudonym “Usman Khaknazarov”, allegedly calling for the overthrow of the constitutional order in Uzbekistan.

In March 2018, Abdullaev admitted that he had used this pseudonym to publish critical articles but denied the authorship of materials calling for violence. The prosecutor recommended that the court sentence Abdullaev to five years’ imprisonment.

On May 7, 2018, the Tashkent City Criminal Court found Abdullaev guilty of committing an offence under article 159, paragraph 1 (b) of the Criminal Code (offences against the constitutional order of Uzbekistan). The court sentenced him to three years of correctional labor with a retention of 20% of his salary and ordered his release.