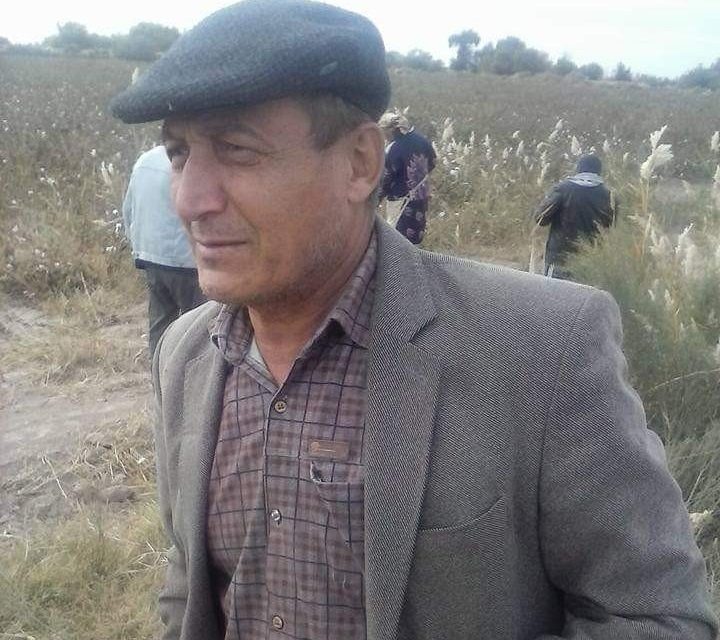 The latest refusal by the Uzbek authorities to register Chiroq, an independent human rights organization, was not only disappointing but anticipated. Human rights activist and founder of Chiroq, Azimbay Ataniyazov, received confirmation from the Ministry of Justice in Karakalpakstan on 31 March that his organization had failed to comply with several laws pertaining to NGOs and provided a list of amendments to be made for the next submission – the third in three months. The first application was rejected in January 2020.

Apart from the all too familiar grounds for rejection, such as the style of writing and minor errors, the Ministry of Justice again insisted on the signatures of twelve founding members although only ten are necessary to establish an NGO. In fact, the original application was signed by twelve members but following harassment and threats by the authorities, two members understandably decided to step back.

In addition, the Ministry of Justice requires confirmation of the founders’ addresses at their place of residence, work or study. Most of the members are not officially employed, which means their place of residence can only be verified by the mahalla (formerly a citizens’ self-governing body and now part of the Ministry for Mahalla and Family Support). After the rejection of the first application, Ataniyazov tried to obtain confirmation of addresses from the mahalla. As it transpired, the Ministry of Justice had failed to inform Ataniyazov that since the beginning of 2020 the mahalla no longer has the authority to give official confirmation of residence. Moreover, the Ministry already has a list of the same founders with the necessary assurances from the mahallas, provided in December 2019 with the first application. But just to make life that little bit more difficult, the entire package of documents was kept by the Ministry which meant Ataniyazov had to collect all the same documents all over again.

On a substantive and more worrying level, the Ministry of Justice requires changes to the charter of the organization such as refraining from engaging with international and even local organizations, which would effectively ensure that what happens in Uzbekistan stays in Uzbekistan. Furthermore, the Ministry recommends changing the wording of the aims and purposes of the human rights organization Chiroq to exclude the words “the Universal Declaration of Human Rights and the International Covenant on Civil and Political Rights”. Even the participation of Chiroq members in court trials is to be removed from the proposed activities of the organization.

While Uzbekistan is currently drafting its new NGO code, the current legislation was addressed during the periodic review of Uzbekistan by the UN Human Rights Committee in March this year. In their concluding observations, the Committee states:

The Committee remains concerned that current legislation continues to impose restrictions on the right to freedom of association, including a) unreasonable and burdensome legal and administrative requirements for registering NGOs and political parties; b) an extensive list of reasons to deny registration; c) the requirement for NGOs to obtain de facto approval from the Ministry of Justice when traveling abroad or receiving funds from foreign sources; d) the prohibition of NGOs from participating in “political activities”. In this regard, the Committee notes with concern the small number of independent self-initiated NGOs registered in the State party, the high number of rejections for registration, and that no applications were submitted for the registration of new political parties between 2015 and 2018.

In March this year, there was something of a champagne moment when former political prisoner, Azam Farmonov, successfully registered his organization Huquqiy Tayanch (Legal Base), only the second independent NGO to be registered since 2003 and the first in President Mirziyoyev’s four years in power. The establishment of a new human rights organization gave hope that the Uzbek government was at last beginning to accept that civil society can no longer be locked out of the country’s reform process. Indeed, during a visit to Uzbekistan by a delegation of the Cotton Campaign in January this year, government ministers, keen to persuade the Cotton Campaign to lift the ban on Uzbek cotton, openly acknowledged that Uzbekistan’s business environment requires a vibrant civil society as an indicator of rule of law and respect for human rights.

This latest rejection is so painfully unashamed in its message to human rights activists, designed to frustrate and dishearten, that it must surely be a source of embarrassment to those ministers in Tashkent who want to take the country forward into another era. It will also be a bitter disappointment to those responsible investors who are waiting for fewer red flags before venturing back into a country that has been so badly tainted by its appalling human rights record.

The Cotton Campaign requested a statement from government officials for this article but received no response.