In Andijan, a ninth-grader fatally stabs a fellow schoolmate in the heart while teachers were busy cleaning the streets 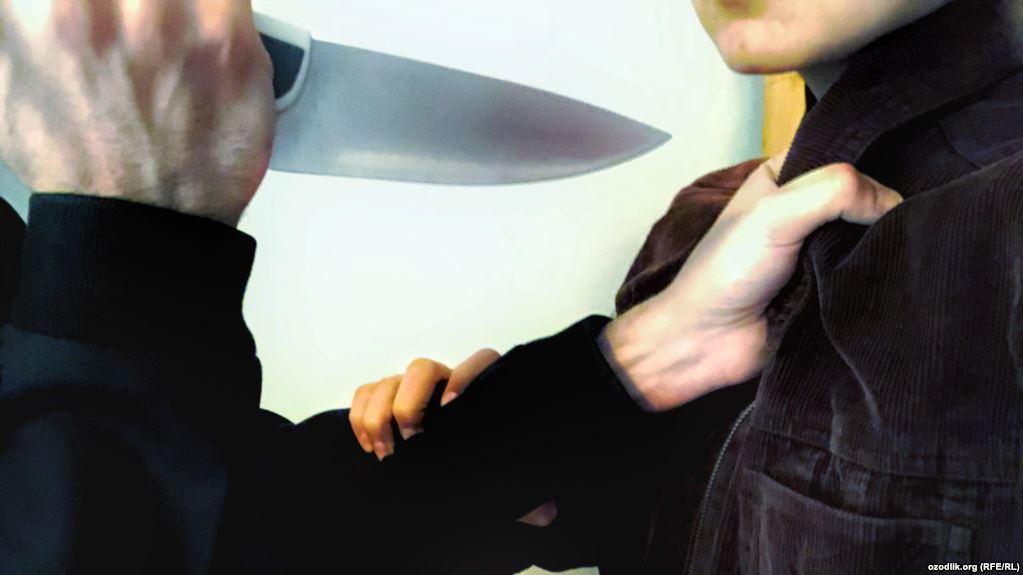 On April 7, Muhammadasore Sobirov, a 9th-grade pupil of secondary school No. 10 in the city of Andijan, killed a classmate of neighboring school No. 29. by stabbing him in the heart. According to an employee of the city department of public education, all the teachers of the school were at a “subbotnik” (public work), organized by the city administration, at the time of the murder.  The information was also confirmed to Radio Ozodlik by an employee of the Andijan police, who wished to remain anonymous.

The murder happened on the grounds of school №10. There was a conflict, for reasons so far unknown, between Muhammadasror Sobirov and the ninth-grader of the neighboring school № 29, Sh.A (name known to Ozodlik – Ed.). According to initial reports, Sh.A. called Sobirov to confront him after being insulted by him. He then left his school and went to meet him face-to-face at the neighboring school. As he left the fifth lesson of the day, Sh.A. stabbed him in the heart. A law enforcement officer told Ozodlik that Mukhammadasror Sobirov died on the spot.

At the time of the killing all the teachers of school No. 10 were at a subbotnik, announced by the city administration. For this reason, the students were unattended by the teachers.

According to the employee of Andijan city department of public education, who asked the reporter of “Ozodlik” not to disclose his name, issues of education and discipline in city schools are in a deplorable state because of the constant involvement of teachers in various works such as cleaning and landscaping, the source said.

“The hokim (head) of the city of Andijan, Dilmurod Rahmatullaev, summons school principals to meetings three times a day and orders them to send teachers to work on improving the landscape of the city. Our teachers have no rest; they leave their lessons because of constant ‘subbotniks’. They do not have time for educational work. At least 30 percent of Andijan teachers are engaged daily in cleaning streets, plowing land and planting flowers. Teachers have completely lost credibility in the eyes of their students through sweeping streets. However, no one can say a word. If they somehow try to object, the hokim, will start to insult them, calling them ‘animals’ and ‘evil spirits’. The authorities have simply undermined the dignity of our teachers. You’ll see, all the blame will be laid on the shoulders of the headmaster again,” an employee of the Andijan city department of public education told Radio Ozodlik.

Source of the image: Ozodlik