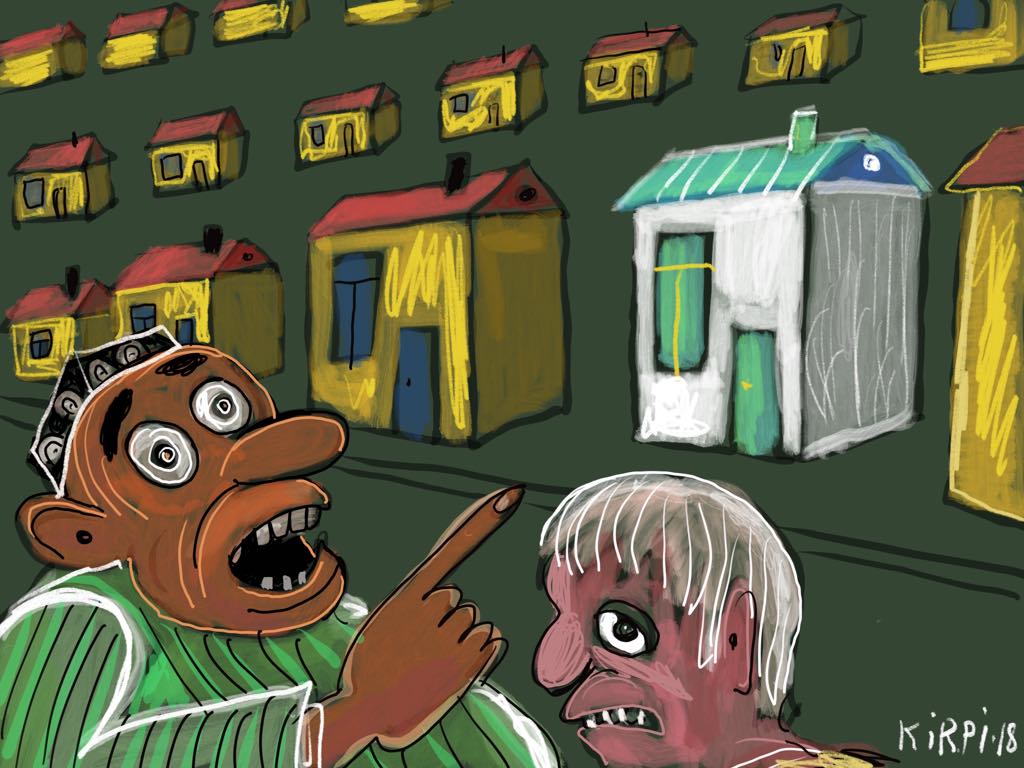 Israil Rizayev, a member of the human rights society “Ezgulik” in the Syrdarya region of Uzbekistan, was fined almost three million soum ($370) by the Prosecutor General’s Office for refusing to paint his house yellow for the arrival of President Shavkat Mirziyoyev. The president was due to visit the Syrdarya region on April 4.

However, as an employee of the regional administration told Ozodlik, the visit was postponed indefinitely.

Before the president’s planned visit, works were quickly started to improve the appearance of the area. Local residents, whose houses are located along main highways, were instructed to paint the walls and roofs of houses in the same color.

Israil Rizayev told Ozodlik that as his house is also located on the main road, local authorities instructed him to paint the walls of the house yellow, but he refused.

“They said that they would paint the walls of my house in a dark yellow color.” I told them that this is my house, my private property and I do not want to paint it yellow. However, they said that I had to do it. The most interesting thing is that at the root of this absurdity is the head of the police station (ROVD), Elyor Abdullayev. I told him: “Recently, the law  on ‘Internal Affairs Bodies’ was passed and such cases are not part of your duties.” He answered: ‘This is the order of the hokim (head of the region). It’s politics.’ They also told me: ‘Paint the walls of the house yellow, and after the president’s departure you can repaint the walls in any other color.’”

According to Rizayev, after his refusal to paint the walls of his house yellow, the head of the Mirzabad district police department called the employees of the Bureau of Enforcement and ordered the punishment of the human rights activist.

“Abdusamat Kahramonov, a member of the Bureau of Enforcement at the General Prosecutor’s Office to ecover debts for public utilities, came to my house. He said that I had debts for electricity and issued a fine of three million soums($ 360). I explained to him that I do have a little debt for electricity and bills, which my son paid for. However, he did not listen to me and immediately issued a fine. I understood on the spot that in this way the local authorities had decided to punish me for refusing to paint the walls of the house yellow.”

The original article was published on April 4, 2018, at https://www.ozodlik.org/a/prezident-kelishiga-shou/29145187.html