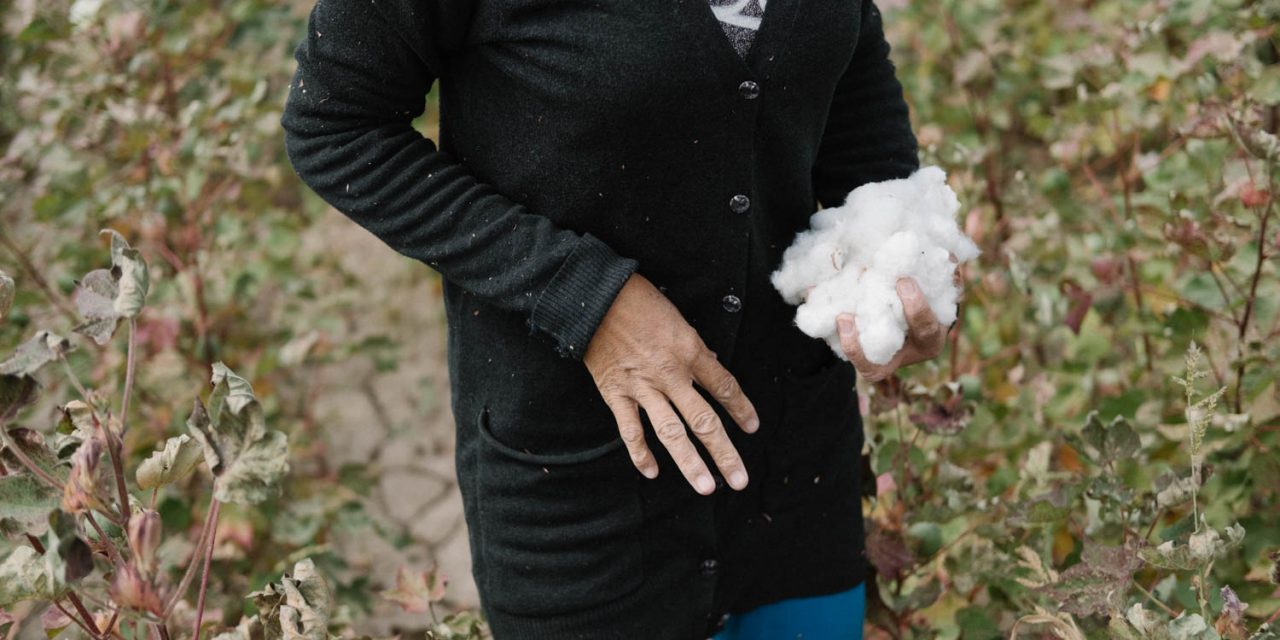 The Uzbek-German Forum for Human Rights (UGF), with the support of the Global Legal Action Network (GLAN), has filed a case against the UK government challenging EU trade measures which promote trade in cotton produced with forced labour in Uzbekistan. This unprecedented case, which has been filed with the Administrative Court in England and Wales, challenges the fact that the EU’s borders are currently wide-open to goods produced with forced and child labour.

The EU applies favourable import duties known as “preferential tariffs” to Uzbek cotton thereby incentivising the trade in goods which are tainted by forced labour, which remains widespread in Uzbekistan’s cotton industry.

Despite recent efforts by the Uzbek government to address the issue of forced labour in the production of cotton, UGF’s report on the 2018 harvest found that systemic forced labour continues to exact an enormous human toll. It found that at least four hundred thousand people were subjected to forced labour. For one nurse who was forced to pick cotton for over six weeks, this involved having to live with 500 other cotton-pickers in crowded, cold conditions in buildings with no windows and extremely poor sanitation.

Gearóid Ó Cuinn, Director of the Global Legal Action Network said: “Uzbek cotton is just one of many types of goods produced with forced labour that are coming into the EU. This action exposes the need for an explicit rule, as exists in the U.S., prohibiting the importation of goods tainted by modern slavery.”

Umida Niyazova, director of UGF said: “While it is important to acknowledge the recent steps taken by the Uzbek government to end forced labour in the cotton industry, hundreds of thousands of Uzbeks continue to suffer the indignity of being forced to meet state-imposed cotton quotas. In the 2018 harvest, our monitors recorded a number of suicides by farmers as a result of having been abused by officials for failing to meet their quotas. This legal action is about upholding the rights of these people.”

Chloe Cranston, Business and Human Rights Manager at Anti-Slavery International, which has been campaigning to end forced labour in the Uzbek cotton industry, said: “It’s good to see the Uzbek government making progress. But until Uzbek citizens are no longer forced to work in cotton fields in harsh conditions, we urge businesses to uphold their pledge not to use Uzbek cotton in their products and the EU to stop it from entering its markets. We can’t go back to business as usual with Uzbekistan until forced labour is ended in practice, not just on paper.”

Forced labour has been widespread in the production of cotton in Uzbekistan for decades. It is the result of a system under which the police and other authorities enforce mandatory production quotas imposed by the Uzbek government. The result has been the mass mobilisation of citizens, under threat of punishment, to pick cotton each harvest. Farmers are also subjected to a range of threats for failing to meet the production quotas which the State imposes on them.

In recent years, the Uzbek government has taken significant steps towards addressing the use of forced labour in the production of cotton in Uzbekistan. Forced child labour has been almost entirely eliminated and in recent harvests, there has been a decrease in the number of Uzbek adults forced to work in the cotton fields. However, as UGF’s report on the 2018 harvest found, forced labour remains widespread, primarily as a result of the continued existence of the mandatory production quota system. The Cotton Campaign, a coalition of organisations dedicated to ending forced labour in the production of cotton, has therefore called on the Uzbek government to abandon this system in its “Roadmap of Reforms for Uzbekistan”, published in June 2019.

In spite of the continued existence of systemic forced labour in the Uzbek cotton industry, the EU has recently begun to take steps to further encourage trade in cotton textiles from Uzbekistan. In 2017, it entered into a “Textile Protocol” agreement with Uzbekistan which binds it to apply the “Most Favoured Nation” treatment to Uzbek textile goods. The European Parliament refused to approve this same agreement in 2011 on human rights grounds but reversed its position in 2016, ignoring a call from multiple human rights organisations not to do so.

More recently, the EU has held talks with Uzbekistan regarding its admission to the “Generalised Scheme of Preferences-Plus” preferential tariff scheme, and even more generous scheme than the ordinary “Generalised Scheme of Preferences” which Uzbek goods, including cotton-based goods, currently benefit from. Uzbek textile goods have benefited from this scheme since 1991.

In 2011, the Commission rejected a petition submitted by Anti-Slavery International, UGF and others to suspend the application of this scheme to Uzbek textile goods.

The Uzbek–German Forum for Human Rights (UGF) is a German-based NGO dedicated to improving the human rights situation in Uzbekistan and strengthening and promoting civil society. UGF was established and registered in Berlin in July 2009 as a joint venture between Uzbeks and Germans with the purpose of strengthening human rights advocacy through engagement with European
institutions. Contact: Umida Niyazova (Director) | umida.niyazova@gmail.com | @UGFHumanRights | www.uzbekgermanforum.org.

Anti-Slavery International, founded in 1839, is committed to eliminating all forms of slavery throughout the world. Slavery, servitude and forced labour are violations of individual freedoms, which deny millions of people their basic dignity and fundamental human rights. Anti-Slavery International works to end these abuses by exposing current cases of slavery, campaigning for its eradication, supporting the initiatives of local organisations to release people, and pressing for more effective implementation of international laws against slavery. Contact: Jakub Sobik (Communications Manager) | j.sobik@antislavery.org | +44(0) 7789 936 383| @Anti_Slavery |
www.antislavery.org.