On the other side of the fence: Report on human rights monitoring in places of detention in Uzbekistan 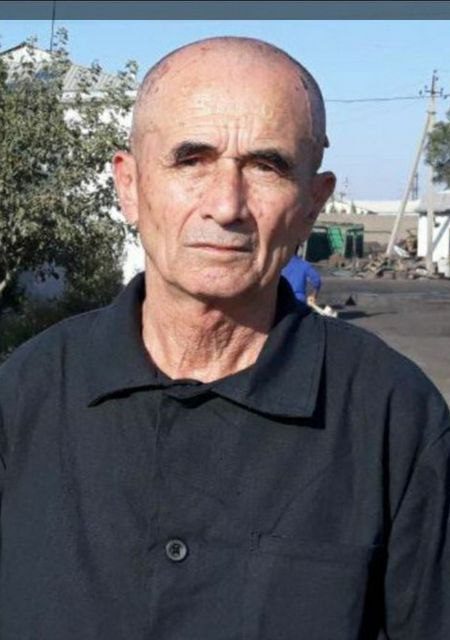 Uzbek prison guard: “Your life costs only 50 cents. It is a price of a piece of paper used to issue a death certificate in prison”.

Uzbek Forum for Human Rights (formerly Uzbek-German Forum / UGF) and Helsinki Foundation for Human Rights have published a joint report on prisons and pre-detention facilities in Uzbekistan. The 43-page report details the experience of prisoners, former prisoners, and their families and reveals a harrowing pattern of torture, abuse, arbitrary punishments, and inhumane conditions in prisons and pre-detention facilities.

As Uzbekistan’s government strives to break from its deeply repressive history and undertake reforms to align with international standards, the prison system lags severely behind. Uzbekistan’s prison system is notorious for its atrocious conditions and rampant abuses including torture and ill-treatment. It stands out for its almost wholly punitive approach, the dearth of opportunities for education or rehabilitation, and practices that appear intended to degrade and dehumanize inmates.

Researchers from Uzbek Forum and Helsinki Foundation for Human Rights interviewed 14 former prisoners, one person serving his sentence in a prison colony, and four people whose close relatives are in prison. The report also draws on dozens of other interviews conducted by this report’s researchers with former inmates, relatives of inmates, and lawyers conducted over the last 15 years.

Former inmates and their relatives described inhumane and degrading treatment in prisons, including torture, and poor conditions. Punitive and arbitrary systems and rules include the use of torture and other ill-treatment, as well as strict limitations on contact with the outside world and access to legal and medical assistance. They also described overcrowding, poor quality or insufficient water, poor food, hazardous working conditions, and corruption.

The conditions and practices of detention documented in the report point to deeper problems of rule of law, revealing a complete lack of independence and checks and balances between the branches of the criminal justice system as well as rampant impunity for violations.

President Mirziyoyev’s reform process has resulted in some improvements, including the closing of the infamous Jaslyk prison and its conversion to a pre-trial detention center. Interviewees for the report noted some small but meaningful changes in the quality of life after Mirziyoyev came to power in 2016, including slightly better food, improved conditions for family visits, and modest improvements in their treatment by prison staff. The government has committed to cooperation with the UN on comprehensive prison reform, engaged in regional dialogue on combatting extremism in prisons, and in 2017 allowed a UN expert on freedom of religion to visit various institutions in the country, including Jaslyk prison.

Mr. Diego García-Sayán, the Special Rapporteur on the Independence of Judges and Lawyers who visited Uzbekistan in September 2019, stated in his preliminary report following his visit report, that ‘Substantial threats against judicial independence and the rule of law remain’.  He expressed his concern about the broad powers that prosecutors retain in criminal proceedings, which limit the independence of judges to decide cases autonomously and in accordance with his or her conscience. At the same time, he also perceived openness of Uzbekistan to criticism which he welcomed.

Nonetheless, for these improvements to take root as lasting, durable reforms, they must be accompanied by deeper systemic reforms which not only improve abusive prison conditions but undertake a deeper transformation of the penal system from one that is predominantly punitive and dehumanizing to one that focuses on rehabilitation and reintegration of offenders. This requires not only political will, but resources, significant staff training, increased transparency, and accountability for abuses by law enforcement and prison staff. A transformation of the prison system urgently and fundamentally requires independent oversight and monitoring, including monitoring by civil society groups. Moreover, mechanisms must be introduced to end impunity and ensure accountability for abusers.

Fundamentally, the Uzbek government must grapple with the fact that its prisons house thousands of inmates whose prosecutions are tainted with credible allegations of torture, violations of fair trial standards, and other due process guarantees as well as those who have suffered torture or other ill-treatment in prison.

Read the full report in English here: Report on human rights monitoring in places of detention in Uzbekistan