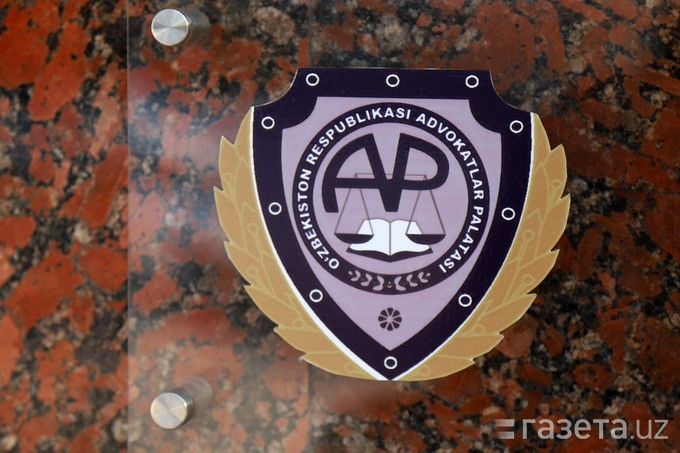 On March 24, 2020, the Senate of the Oliy Majlis (Parliament) of Uzbekistan passed a law that makes amendments to the laws On Enforcement Operations, On legal advocacy safeguards and social protection of lawyers, and the Criminal Procedure Code. The move comes at a time when the country is dealing with a life-threatening pandemic.

The law, ironically named ‘On amendments and additions to laws for legislative improvements to protect personal rights and freedoms of citizens’, expands the list of powers given to prosecutors and now consists of wiretapping, frisking, search of advocates, inspection and seizure of his/her correspondence, belongings and documents, monitoring of advocates’ communications as well as of message and data transmission via phone and other means of telecommunication.

Until now, the law permitted the phone tapping of advocates’ communications with the prior permission of the prosecutors.

Following an outcry in the Uzbek legal community, the Office of the Prosecutor General announced that these changes aim to ensure compliance with provisions of the Law On Enforcement Operations. In the announcement, the Office of the Prosecutor General called lawyer’s concerns ‘untimely and unfounded’. It recalled that the old version of the law, On legal advocacy safeguards and social protection of lawyers, stipulated:

‘The penetration of an advocate’s home or office, his/her personal or used transport, the search or seizure there, the tapping of telephone conversations and other intercoms, the personal search of an advocate, the inspection or seizure of postal and telegraphic correspondence, belongings and documents, the detention of an advocate may be carried out with a sanction of the Prosecutor-General of Uzbekistan, the prosecutor  of the Republic of Karakalpakstan, regional prosecutors, prosecutor of Tashkent city and other prosecutors  of equal status.’

The Chamber of Advocates, in turn, claimed that all amendments to legislation relating to legal practice must have prior agreement from the professional advocates’ society as required by law which says that Draft regulatory legal acts on issues related to the advocate’s practice and court proceedings shall be mandatory subject to approval by the Chamber of Advocates.

In this case, however, legal professionals were not informed. The amendments were approved without prior public consultations and without posting the draft legislation with amendments on the website regulation.gov.uz/ where draft legal regulations are usually published for expert consultation.

Several Uzbek lawyers have claimed that the adopted amendments will exacerbate inequality between lawyers and prosecutors before the court. In an interview with local press, Tashkent lawyer Allan Pashkovskiy stated that, as long as a lawyer has not had his or her license revoked, he or she must not be subjected to surveillance, technical, visual, otherwise. ‘This is a direct threat to the independence and inviolability of the advocate and a complete violation of the notion of confidentiality (Article 9 of the Law on the Bar). This is one of the central concepts of the Bar founded on constitutional guarantees for citizens to receive qualified legal assistance (Article 116 of the Constitution).’

The recent amendments are contrary to plans announced by President Mirziyoyev to enhance the status of lawyers and ensure their independence. During his speech dedicated to the Constitution Day in December 2019, Mirziyoyev pointed to the inequality and weak procedural position of defense lawyers and the importance of having a strong institution of advocacy. ‘No agency has the right to interfere with the activities of lawyers,’ he said.

In fact, both the old law and the new amendments contradict the UN Basic Principles on the role of lawyers which states that ‘Governments shall recognize and respect that all communications and consultations between lawyers and their clients within their professional relationship are confidential.’

Uzbek legislation has no clear-cut criteria or conditions which define instances where the authorities may conduct surveillance of lawyers’ communications and correspondence, making the new legislation all the more open to arbitrary application and abuse by law enforcement bodies.

Another concern is that permission for surveillance or ‘special enforcement operations’ is given not by a court, but by a prosecutor, i.e. the party seeking a conviction. Under such conditions, it is impossible to ensure equality before the court as it gives prosecutors a considerable advantage in legal proceedings.

Lawyers are rightly suspicious of the new legislation which was initiated by the Office of the Prosecutor General and without consultations with the Uzbek Chamber of Advocates. At present, law enforcement practice, such as surveillance, does not fully guarantee lawyers’ immunity and the adopted changes will expand the level of control over lawyers which affect the very cornerstones of advocacy: independence, immunity, and client privilege.

In response to an inquiry from Uzbek Forum for Human Rights, Lyudmila Ulyashina, Ph.D. in Law, and Associate Professor of the European Humanitarian University in Oslo commented on the recent legislative amendments. She states:

‘One should consider these changes not only from the perspective of the rights of lawyers, but in the context of the human right to legal protection. The issue at hand is about violating the confidentiality principle between a client and a lawyer. These amendments virtually destroy the institution of confidential communication between a lawyer and his client because they give extensive powers and opportunities to law enforcement agencies to interfere with the professional activities of lawyers, including searches, phone tapping, seizure of their documents and records, etc. The state must ensure the basis for a fair trial which stems from constitutional guarantees and universally recognized legal principles. It is unacceptable to depart from these principles even during a state of emergency. Existing constraints in legislation cause the destruction of the very basis for the right to legal protection because confidential communications between a client and his lawyer constitute the essence of this individual right. It is worth pointing out that such amendments in legislation will result in a lower level of protection for human rights and, hence, will affect the state’s international standing.’