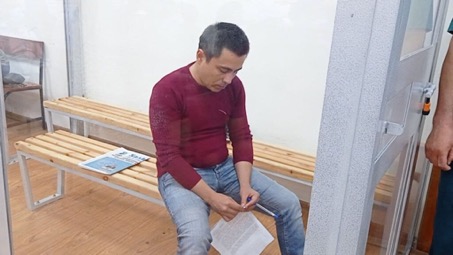 On February 4, 2021 President Mirziyoyev made the following public statement to journalists:

“You are my comrades-in-arms, I count on your help. I see you as a force that fairly reports on our achievements and shortcomings to our people … The president is behind you. Those days are over. We will not deviate from this path. Justice, fairness, justice! Only truth.”

This statement came one week after the arrest of blogger and activist Otabek Sattoriy on January 30, 2021. For some, the Mirziyoyev’s words were a reassurance that he was demonstrating his will to lay down the gauntlet to government officials intent on disrupting his reform process and declaring solidarity with those standing up for freedom of speech. How wrong they were. Sattoriy was subsequently sentenced to six and a half years in prison on criminal charges of ‘extortion’ and ‘slander’ on May 11, charges which his lawyer believes are clearly fabricated and which he intends to appeal.

The trial attracted widespread media attention and support from residents in his community who say he helped expose the endemic corruption that plagues the country and deprives ordinary citizens of a decent standard of living. Sattoriy had become popular for his uninhibited exposés and fearless reporting and was considered something of a people’s blogger, reporting on issues affecting the day to day lives of his community.

Dozens of women who came to support Sattoriy on the first day of his trial said that because his reporting, the hokimiyat (local administration) had made improvements to the roads and gas supplies in their communities. “We have been seeking this from the hokimiyat for more than three and a half years, but they only paid attention after Otabek reported it on the Internet,” said one woman, clearly angered by the arrest of the blogger. Sattoriy’s social media posts have been viewed and shared widely throughout the region, striking a chord with those who approved of someone with the courage to speak up on their behalf.

When farmers in the Kyzyryk district of Surkhandarya region protested against having their land confiscated and handed to the Surxon Cotton Textile Cluster LLC, Sattoriy filmed hours documenting their plight. He accompanied the farmers to Tashkent to present their complaints to the Deputy of the Uzbek parliament, Rasul Kusherbayev. Commenting on the arrest of the blogger, Kusherbayev revealed that Sattoriy had previously told him in personal meetings about the pressure he was under from Surkhandarya officials for his critical reporting and expressed regret for not affording more serious attention to Sattoriy’s warning.

Criticism of Sattoriy’s arrest was swift and widely shared. The British Ambassador to Uzbekistan also expressed his concern. “If there is no convincing evidence of extortion, then this arrest is not only alarming, but also another action that undermines freedom of speech. It is important that the police do their job and protect the public, but it is also important that they provide evidence that this is not just an arrest for criticism,” he posted in a Tweet.

The appeals of the ambassador and many others went unheard. During the trial, no material evidence was presented other than the testimony of the alleged victims of extortion who provided their statements only after his arrest. Residents reported that they had been approached by a police officer following Sattoriy’s arrest asking them to sign a letter confirming that Sattoriy had demanded money from them. Instead, the residents gathered signatures for a petition declaring their support for the blogger and their refusal to defame him.

Mirziyoyev has achieved major international recognition for his reform efforts. On April 10, 2021, Uzbekistan was welcomed into the GSP+ club which provides preferential tariffs for Uzbek goods exported to the EU. This was announced in the aftermath of a savage attack on Miraziz Bazarov –  another blogger who was left hospitalized and has since been charged with libel –  and just ten days after the Uzbek government introduced legislation further restricting freedom of speech. The law criminalizes online statements that insult the president or show “disrespect” to the state.

GSP+ trading status comes with a set of conditions, including the effective implementation of the 27 international conventions on human and labor rights. Human rights organizations had previously raised their concerns about Uzbekistan’s ability to meet these conditions and it remains to be seen whether the EU will show resolve in ensuring the Uzbek government upholds these commitments.

But perhaps the most symbolic gesture extended to Uzbekistan in recent years was its election to the Human Rights Council. On February 22, 2021, President Mirziyoyev stood proudly on the rostrum and declared to the international human rights community that “Ensuring fundamental human rights and freedoms will continue to be central to the reform of Uzbekistan.”

Words matter, but actions matter more. The closing space for freedom of speech in Uzbekistan today has echoes of the dark days of the Karimov regime. Some human rights activists say that the situation now is in many ways more precarious for independent reporting than before.

Public commitments made by the President on human rights create a false sense of security and can have drastic consequences when they are taken at face value and then randomly reneged upon. Journalists, bloggers and activists are at risk of stepping out of line without knowing where the line is or when it may be redrawn in the sand. There can be no doubt that the cases of Otabek Satorriy and Miraziz Bazarov in such proximity to each other, against a backdrop of amendments to laws that restrict free speech, will have a chilling effect on those who had been eager to believe their President would be true to his word when he said he was their ally and would protect them. His words are a terrible betrayal of all those who were encouraged to seek truth and justice in Uzbekistan’s market-savvy journey of change.