Umida Niyazova on the persecution of civil society activists in Uzbekistan 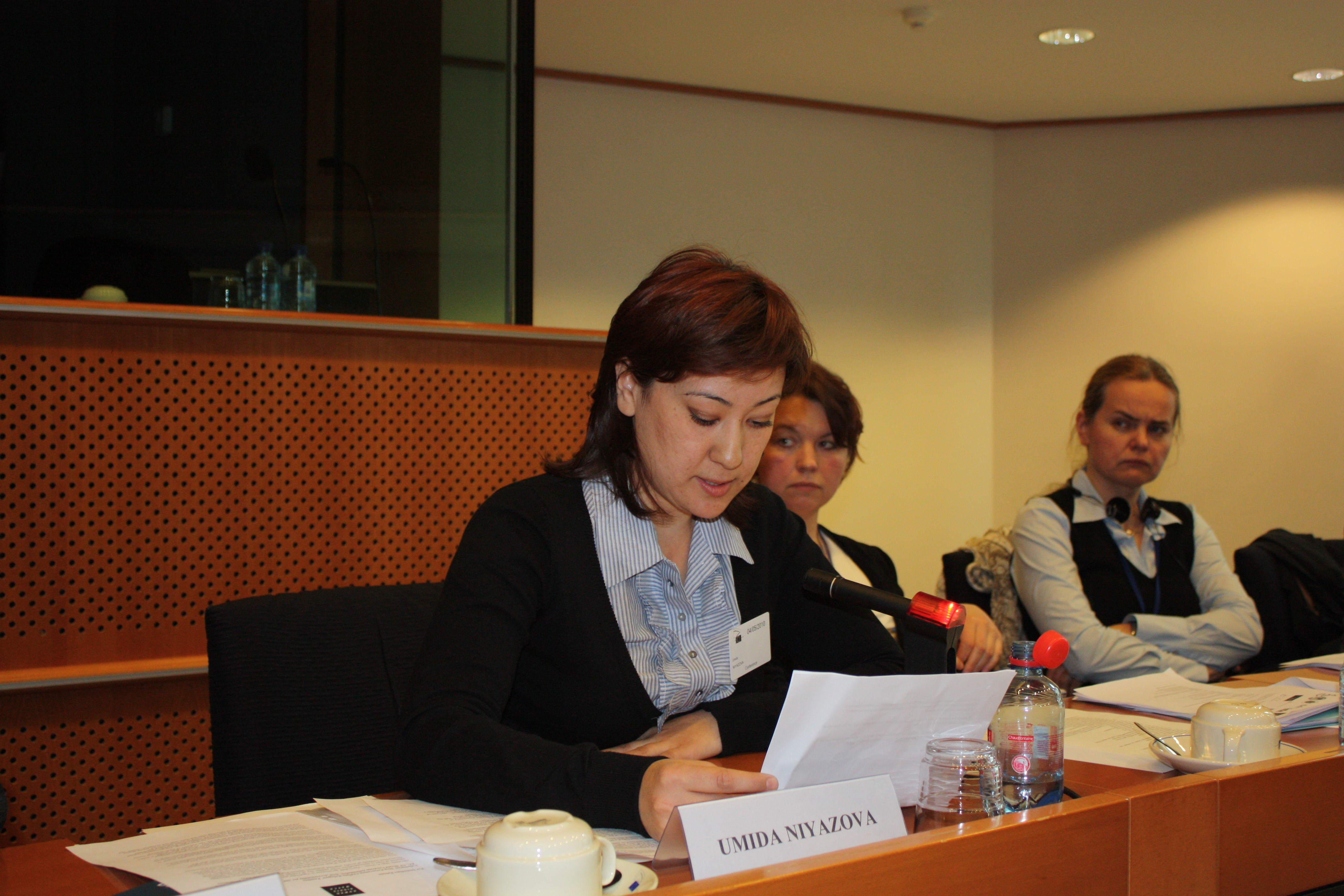 Umida Niyazova: The Uzbek government’s retaliation against me for defending the rights of my fellow citizens

The Uzbek government continues to fight against civil-society activists who speak out against their totalitarianism, corruption, and abuse of human rights. The National Security Service of Uzbekistan (NSS) is the main body that oppresses any critics of the regime, using methods more commonly associated with criminal gangs. The NSS is also the main beneficiary of lawlessness in Uzbekistan, and therefore systematically undermining the rule of law and spreading fear to sustain a population obedient to the authorities. The NSS instigates political arrests, tortures people on a regular basis, takes away property from private businesses—essentially, it is the hammer flattening all potential opposition to President Islam Karimov.

For several years my colleagues and I have worked to pressure the Uzbek authorities into stopping forced labour in the cotton industry. Forced labour brings enormous profits to senior officials while driving farmers into debt, forcing others to migrate to Russia for work, robbing children of their right to an education and taking adults away from their work stations. Our work threatens the officials’ personal and illicit enrichment through the exploitation of the Uzbek people.

Since I have been living in Berlin, the Uzbek authorities are no longer a direct threat to me and cannot imprison me, as they did in 2007. However, they found another way to retaliate.

The NSS has essentially prevented my family from using the two apartments I own in Tashkent, knowing that I cannot enter the country. For one year the Embassy of Uzbekistan in Berlin, represented by consul Mahtumkuli Mallaev, has refused to recognize the power of attorney authorization that would allow my family to use the apartments.

Sadly, my case is not the worst example of the persecution of activists. Dozens of human rights defenders and journalists suffer daily in Uzbek prisons. My example is merely one more indication of total disregard for the rule of law in Uzbekistan.

FOR THE RUSSIAN VERSION OF THIS TEXT, PLEASE FOLLOW THE LINK