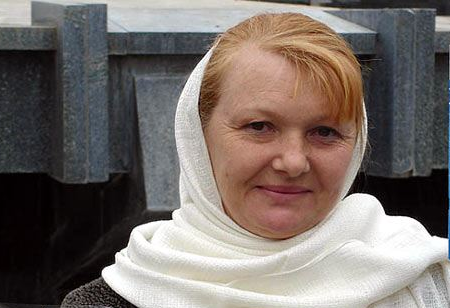 Elena Urlaeva, one of Uzbekistan’s leading human rights activists and head of the Human Rights Alliance of Uzbekistan, has been forcibly detained in a psychiatric hospital again.

On March 3, a video was published in which Elena Urlaeva describes how she was abducted by police and hospitalized against her will in a psychiatric facility in Tashkent. As she describes in the video (see the transcript below), Urlaeva was arrested and beaten by police over the weekend before her scheduled meeting with representatives of the World Bank on March 2 to discuss ongoing forced labor in Uzbekistan.

Similar arrests often occur during the cotton harvest period when about 1 million Uzbek citizens are forcibly mobilized to work on the cotton fields. Urlaeva has been monitoring the use of child and forced labor in Uzbekistan’s cotton industry for many years, in addition to monitoring numerous other human rights issues. She has been forcibly placed in psychiatric treatment repeatedly in the past, most recently she was held for three months beginning in March 2016.

A police officer told the news agency RFE/RL that no one used physical force on Urlaeva.

Earlier this year, the International Organization for Labor reported that about one-third of Uzbekistan’s 2.8 million cotton-pickers were “nonvoluntary” laborers.

On March 1, 2017, I was arrested by the police. The policemen beat me, tearing my clothes, to prevent me from going to a meeting with the World Bank, ILO and the International Organization of Trade Unions on March 2, scheduled to take place in Tashkent to discuss the situation of the victims of forced labour in the cotton industry.

I was illegally detained. There were witnesses with me: Kamoliddin Ziyatov, a political analyst, his wife Madina and Muttalib Mirzaevich Sharipov, a member of the human rights society, Ezgulik. They all saw how I was taken out of the room of Kamoliddin Ziyatov where I was writing a complaint. We did not do anything else. And then they announced they would send me to a psychiatric clinic.

In Mahalla, the police organised provocateurs against me. In the police station, the police taunted me, they blew smoke in my face and insulted me. They abused me in every possible way and finally called the psychiatric unit.

If you want to speak out to demand the Uzbek government immediately release Elena Urlaeva, please sign the PETITION of our partner, the International Labor Rights Forum!