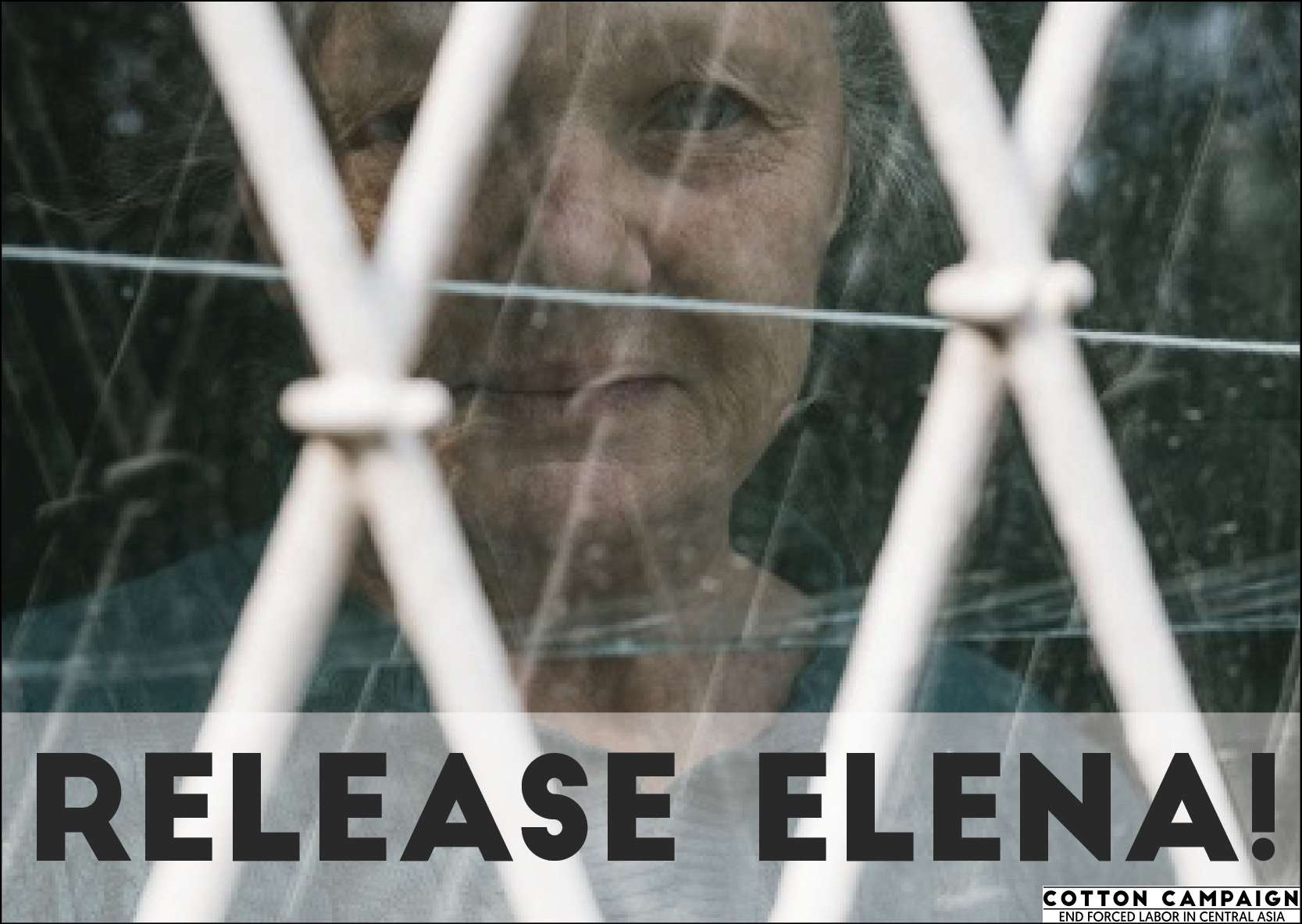 The EU has released a brief statement to raise concerns about the detention of the Uzbek human rights defenders Elena Urlaeva and Azam Farmonov.

Elena Urlaeva, head of the Human Rights Alliance of Uzbekistan and outspoken critic of forced and child labor in Uzbekistan’s cotton sector, is still being held in a psychiatric hospital against her will. She was en route to a meeting on March 1 with international worker rights activists when Uzbek police roughly detained then forcibly committed her to a psychiatric clinic for “treatment.” This is the latest in a pattern of violent actions conducted by the Uzbek state against Urlaeva, designed to prevent her from reporting on how the government forces more than a million Uzbek citizens to harvest cotton for state-run industries each year.

On March 16, the EU at the OSCE Permanent Council No 1137 in Vienna released a brief statement, outlining concerns about Elena’s detention and the decision of the Supreme Court of Uzbekistan’s Autonomous Republic of Karakalpakstan to uphold the sentence extension of another human rights defender, Azam Farmonov. Farmonov was sentenced in 2006 to a term of nine years in prison. Mr. Farmonov was due to be released in April 2015 but his term was extended by five years following an additional sentence.

In the statement, the EU recognizes that

Human rights defenders and civil society activists play a vital role in all societies and should be able to work unhampered, without fear and harassment. The European Union recalls that all participating States have committed themselves to protecting human rights defenders.