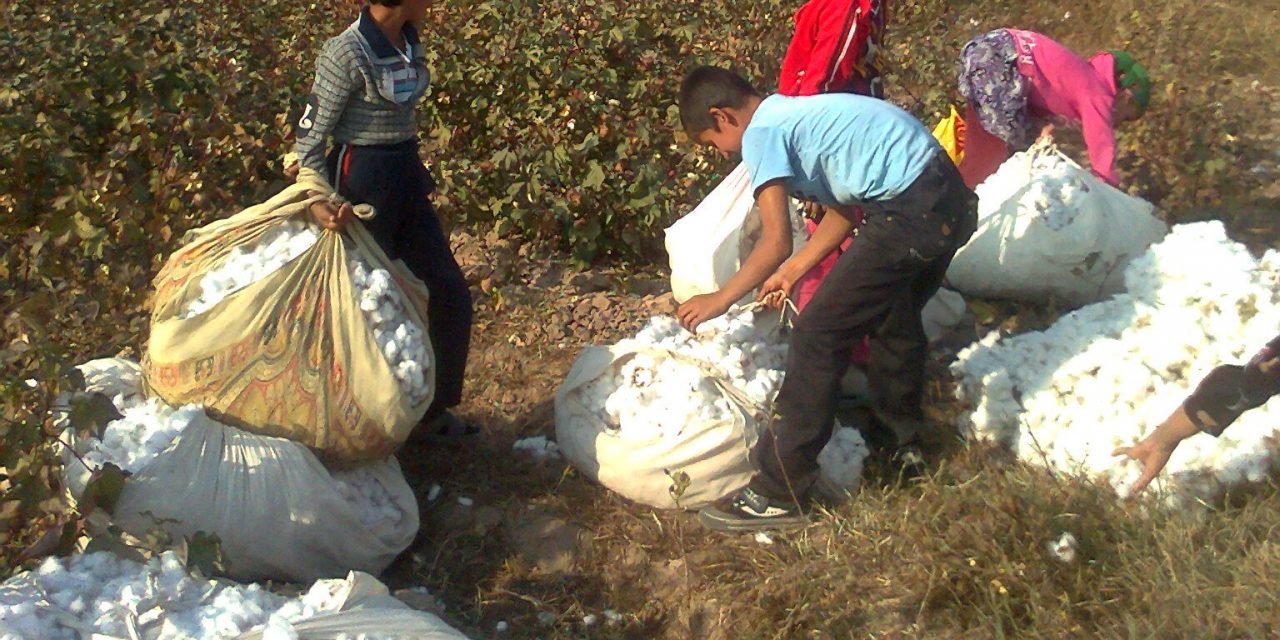 (March 9, 2016, Washington, DC): Today Uzbek civil society activists and more than 140,000 people from around the world presented a petition to World Bank President Dr. Jim Yong Kim, calling on the Bank to suspend lending to the agriculture sector in Uzbekistan until the Uzbek government changes its policy of forced labor in the cotton industry.

The cotton industry today in Uzbekistan is flawed at its core, as documented in the report we released today by UGF. The report presents findings from our monitoring of human rights in the cotton sector throughout 2015. Extensive government documents, interview and field reports confirm the government once again forced no fewer than one million Uzbek citizens to pick cotton for the benefit of government elite. Every autumn for decades, the Uzbek authorities have forced people of different professions, including teachers and nurses, to work in the cotton fields under threat of dismissal and other penalties.

The World Bank has allocated loans for the development of agriculture in Uzbekistan totaling half a billion dollars. The Uzbek government’s use of forced labor violated its contracts with the World Bank, which required the government to abide by its own labor laws – including laws that ban forced and child labor – in the areas where the World Bank projects were to operate.

As part of its agreement with the World Bank, the Uzbek government allowed the International Labour Organization (ILO) to conduct monitoring of forced and child labor in the 2015 cotton harvest. Though we have concerns about the adequacy of the ILO methodology to document the full scale of forced labor, the ILO monitoring report found: (1) the practices of officials responsible for meeting cotton quotas did not change; (2) there were indicators of forced labor related to widespread organized recruitment of adults to pick cotton; and (3) public-sector workers in the education and health-care sectors were compelled to contribute labor or payments.

To hide its use of forced labor, the Uzbek government physically assaulted, detained and fabricated charges against human rights monitors while they documented forced labor in the cotton sector. Police arrested activists Elena Urlaeva and Malohat Eshankulova and subjected them to body-cavity searches. Police repeatedly detained, beat, and brought charges against Dmitry Tihonov, eventually forcing him into exile. Dmitry also lost his home office, burned down in an intentional fire by someone who also stole his human rights materials and research. Officials also detained Uktam Pardaev for two months, sentenced him to 3-year probation with twice monthly mandatory check in with the police, and instructed him to cease human rights monitoring.

As detailed in the final chapter of the report released today, we urge the Uzbek government to end the coercion and corruption that pervade its cotton sector and violate the rights of its citizens, and call on the World Bank, United States, European Union and ILO to hold Tashkent accountable for its international commitments.