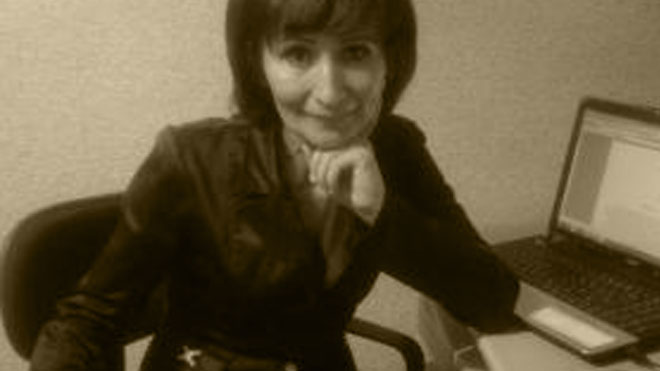 A criminal case has been brought against Malokhat Eshonkulova, an independent Tashkent-based human rights defender, by the investigative department of the Jizzakh regional police based on a statement by Alisher Abduganiyev, the hokim of the Zaamin district.

On June 3, 2019, a post on the website of the Department of Internal Affairs of the Jizzakh region stated that it had opened a criminal case against Eshonkulova under two articles of the criminal code of Uzbekistan: slander and defamation.

The post, entitled “For defamation and slander there is a punishment,” states that a criminal case was initiated by the hokim of the Zaamin district, Alisher Abduganiyev, after a video Eshonkulova made about him appeared on YouTube in early April of this year. The video shows Eshonkulova speaking emotionally about what she considers to be the illegal decision of the hokimiyat of the Zaamin district to confiscate land and order the partial demolition of a house belonging to Nishonboy Khudoyberdiyev, a resident in the district.

UGF spoke to Eshonkulova, who explained that the land had first been confiscated in November 2016 by Abduganiyev’s predecessor, Bahriddin Safarov, after he initiated a claim with the local authorities that Khudoyberdiyev was not the lawful owner of the land, despite cadaster documents which confirm the contrary. At the time, Khudoyberdiyev, a member of the Democratic Party Erk, was serving a ten-year prison sentence for “encroachment on the constitutional order”. Safarov was later promoted to Deputy Head of Internal Affairs of the Jizzakh region where he currently serves and Abduganiev, as the new hokim of the Zaamin district, ordered the transfer of Khudoyberdiyev’s land for the construction of private restaurants. When Khudoyberdiyev was released from prison in 2018, he lodged an appeal with the Supreme Court which suspended the case.

In the video, Eshonkulova speaks of serious conflicts of interest and the possibility of corruption, given that Khudoyberdiyev’s land adjoins the main district market making it prime commercial property and a lucrative investment.

On June 11, Ijodbek Turgunov, an employee of the counter-terrorism department of the Chilanzar region, went to Eshonkulova’s flat, ostensibly to speak to her about an unrelated case regarding the defense of the journalist Said Abdulaziz Yusupov who is currently being detained by the Uzbek authorities. She was handed a summons requesting her immediate appearance at a police station in Tashkent and told to escort him. A white car with no number plates was waiting outside and when she got in, she realized there were two other men in the car who eventually told her that they were taking her to the Zaamin district in the Jizzakh region, 200 km away.

Eshonkulova says the experience was traumatic: “I asked to make a phone call to my daughter, but they ignored me. During the trip, they made phone calls and reported to someone that “everything is calm”, “there is no drama”. It was a terrible feeling. I did not know what they were going to do with me or if they would arrange an accident. They constantly reported to someone on the phone what places we were passing on the road,” she said.

When she arrived at the Department of Internal Affairs in the city of Jizzakh, she was met by the investigator, Bobomurod Erkinov, who informed her that a criminal case had been opened against her under articles 139 (defamation) and 140 (slander). She was allowed to return home to Tashkent the same evening and has since requested that the Prosecutor General transfers her case to Tashkent in view of a lack of confidence in the investigating authorities in the Jizzakh region to deal with the case impartially.

Malokhat Eshonkulova is one of Uzbekistan’s most courageous human rights activists who has been subjected to numerous forms of harassment and prosecutions for her human rights activities. She denies any wrongdoing and is in urgent need of legal assistance to avoid a possible jail sentence of up to three years. She claims this is a blatant attempt to silence critics of the privatization of Uzbekistan’s lucrative property market and the involvement of government officials in the confiscation of prime property sites for development. A recent investigation published by the Corruption & Human Rights Initiative exposed the tangled web of business interests at higher levels of Uzbek political office.