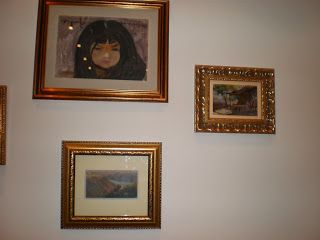 On January 11, the Prosecutor General’s Office of Uzbekistan issued a statement on artifacts found in Gulnara Karimova’s home in Switzerland. According to the Uzbek Prosecutor’s Office, in cooperation with the Swiss Prosecutor’s Office, 70 works of art were found and seized during a search of Gulnara Karimova’s villa in Geneva which belong to the nation and will be returned to Uzbekistan.

On the same day, a response was posted on the Instagram page of Gulnara Karimova’s children, claiming that the Prosecutor General’s statement was “false.” Iman and Islam Karimov wrote that the Uzbek Prosecutor’s Office had issued a photograph of a house in Geneva that did not belong to their mother.

“That is why my sister and I are going to provide a real photo of the house and the address,” Karimova’s children wrote in a statement.

However, it was confirmed in 2013 that Gulnara Karimova’s house in Geneva contained artifacts previously held in museums in Uzbekistan when a political refugee living in Switzerland, Safar Bekjan, entered Karimova’s empty house and filmed the property there to draw public attention to the money spent on Karimova’s luxury home. According to Western media, Karimova bought the house located near Lake Geneva in 2009 for 18 million Swiss francs.

On January 8, the Tashkent city court opened a closed trial on the fourth criminal case against Karimova who is accused of embezzlement of public funds and transactions that are contrary to Uzbekistan’s interests. It has been established that Gulnara Karimova “entered into a conspiracy with other parties and bought shares of JSC “Kuvasaycement” and JSC “Bekabadcement” at reduced prices”, according to the Prosecutor General’s Office.

Since March 2019, Gulnara Karimova has been held in prison colony № 21 in Zangiota District in the Tashkent Region.