33-year-old Farmer Hangs Himself after Confiscation of His Property 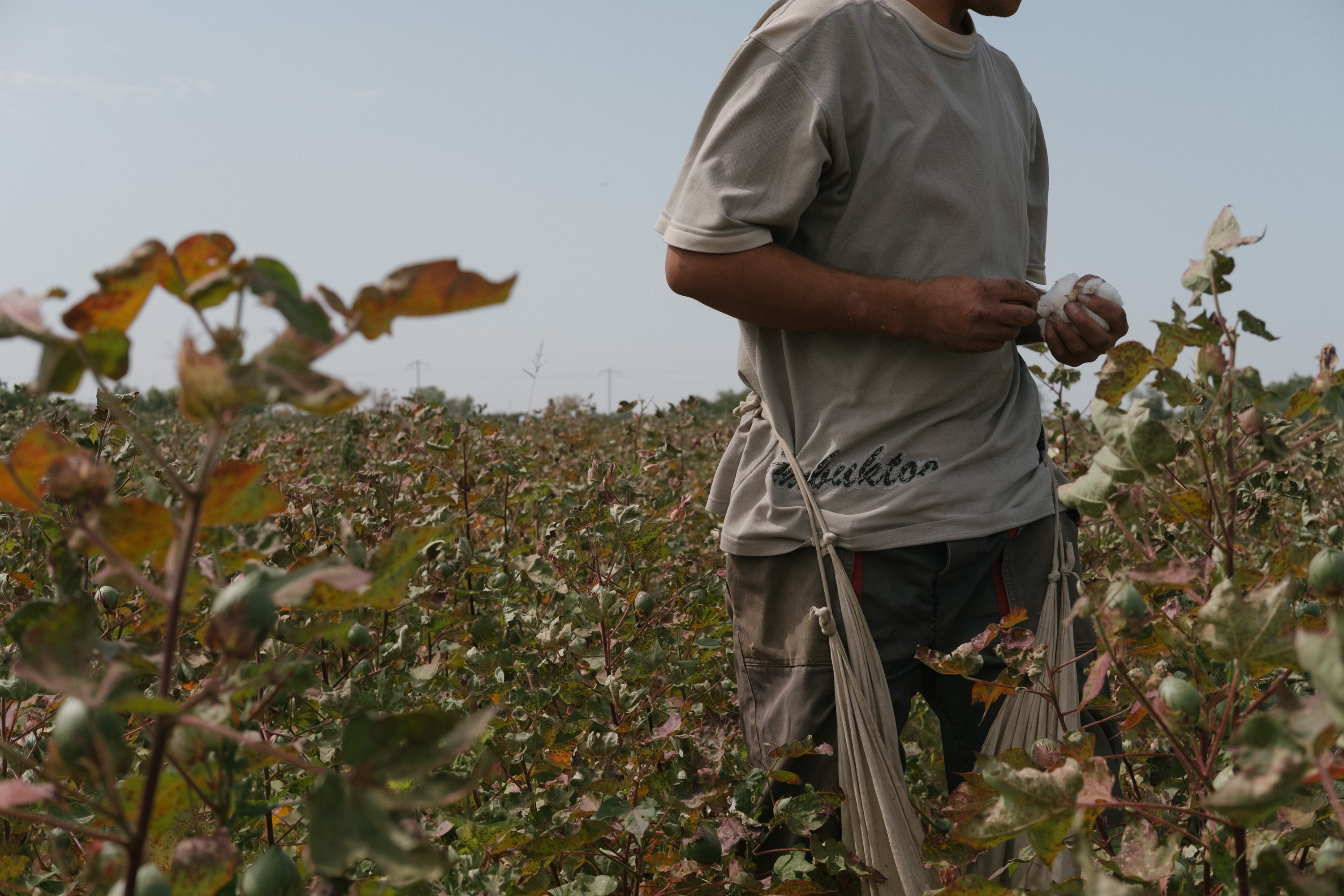 Relatives of Sanjar Baratov, a 33-year-old farmer from the Jizzakh region in Uzbekistan, said that he took his own life because he felt desperate after Enforcement Bureau officers confiscated his property for failure to pay off a bank loan.

On the evening of November 6, Sanjar Baratov, who resided in the Navruz urban settlement in the Dustlik district of the Jizzakh region, was found hanged in the cowshed near his house.

A district police officer, who did not give his name, told Ozodlik that the young farmer’s body was found a day later on November 7.

“His relatives thought that he had gone to see a friend. The District Prosecutor’s Office is conducting an investigation into the farmer’s suicide”, the district police officer said.

The father of the late farmer, 58-year-old Rabim Baratov, told an Ozodlik reporter that several days before his son’s suicide, Enforcement Bureau officers confiscated his property, during which they made fun of Sanjar’s sick mother.

“That day, my wife was home alone. I wasn’t home. My son Sanjar was working in the field, and my daughter-in-law had gone to pick cotton. That day, Enforcement Bureau officers suddenly stormed into our house and told my wife that they would take away belongings from the house. My wife explained to them that there were no men in the house and that she was ill. She asked them to come later. In response, the officers started threatening her and making fun of her. “So you are ill, are you? Let’s call the ambulance and then we will take you to the resuscitation department”, they told my wife. Then, they entered one of the rooms and took a carpet away with them”, Rabim Baratov said.

He added that Enforcement Bureau officers made an inventory of belongings at his house, including a tractor, and claimed that they would confiscate them next time.

“I didn’t even realize how this all happened. The former owner of our house built a small shop nearby where he did some trade. But after purchasing the house, we turned it [the shop] into a small shed where we kept some things. My son entered that shed and …”, the heartbroken father told Ozodlik.

Farmer’s Father: “The confiscated Property Belonged to all Family Members!”

Sanjar Baratov’s father said that he didn’t anticipate that the unlawful actions of the Enforcement Bureau officers would drive his son to suicide.

“According to the law, regardless of the amount of my son’s debt, the officers didn’t have any right to take anything away from our house because they belonged not only to Sanjar, but also to me, my wife, my children, and my grandchildren. According to the contract, the bank only had to wait for another 14 months for the loan to be repaid, and only then, could they take legal action. Yesterday, the Prosecutor called me to his office but I refused to go. Why should I go there? Given that the Enforcement Bureau is accountable to the Prosecutor! Given that its officers took illegal action on his orders!”, said an outraged Rabim Baratov .

Deputy Head of the Enforcement Bureau: “My Employees Acted in Accordance with the Law”

The Deputy Head of the Enforcement Bureau, Akmal Nazarov, told Ozodlik that the Bureau officers had acted in accordance with the law.

“We have a court decision and a court ruling which stipulate that the farmer had to repay his bank loan. All these documents are at the Prosecutor’s office now. Our officers confiscated property from Sanjar Baratov’s house for debts from last year. Our employees entered the house together with witnesses. No insults or threats towards Sanjar Baratov’s mother were made. Currently, the District Prosecutor’s Office is conducting an internal inspection at our Bureau”, the Deputy told Ozodlik.

Why Couldn’t the Farmer Pay off his Bank Loan?

According to Rabim Baratov, the cotton bollworm is to blame for the loss of a major part of the cotton harvest.

“Farming is hard work; we used to work in this sector ourselves. There were times when we re-planted cotton five times. But during those times, authorities treated farmers who didn’t meet cotton quotas with fairness. Last year, my son’s cotton harvest was destroyed by the spider mite, and this year by the cotton bollworm. We used some treatments against these pests but they didn’t help. The whole harvest was destroyed. This happened not only in my son’s field but in other Jizzakh farmers’ fields as well. This is a natural disaster. My son hoped that this year he would have a good cotton harvest and meet the cotton quota with the first harvesting. We all hoped that we’d fully meet the quota. But suddenly these bollworms attacked the crop and destroyed our entire harvest”, said the father of the deceased.

The Ozodlik reporter did not receive any comment from the Prosecutor’s Office of the Dustlik district and an employee of the Office refused to discuss the case of the farmer’s suicide by phone.

This year, due to the poor cotton harvest, many Uzbek farmers have not been able to pay off their bank loans.

However, an Uzbek Central Bank employee, who asked not to disclose his name, told Ozodlik that during a recent conference call, President Shavkat Mirziyoyev ordered banks to insist that farmers pay off loans ahead of schedule despite the fact that many farmers still have six more months to pay back their loans.

The original article by Sadriddin Ashur was published on November 21 on the website of Radio Ozodlik.