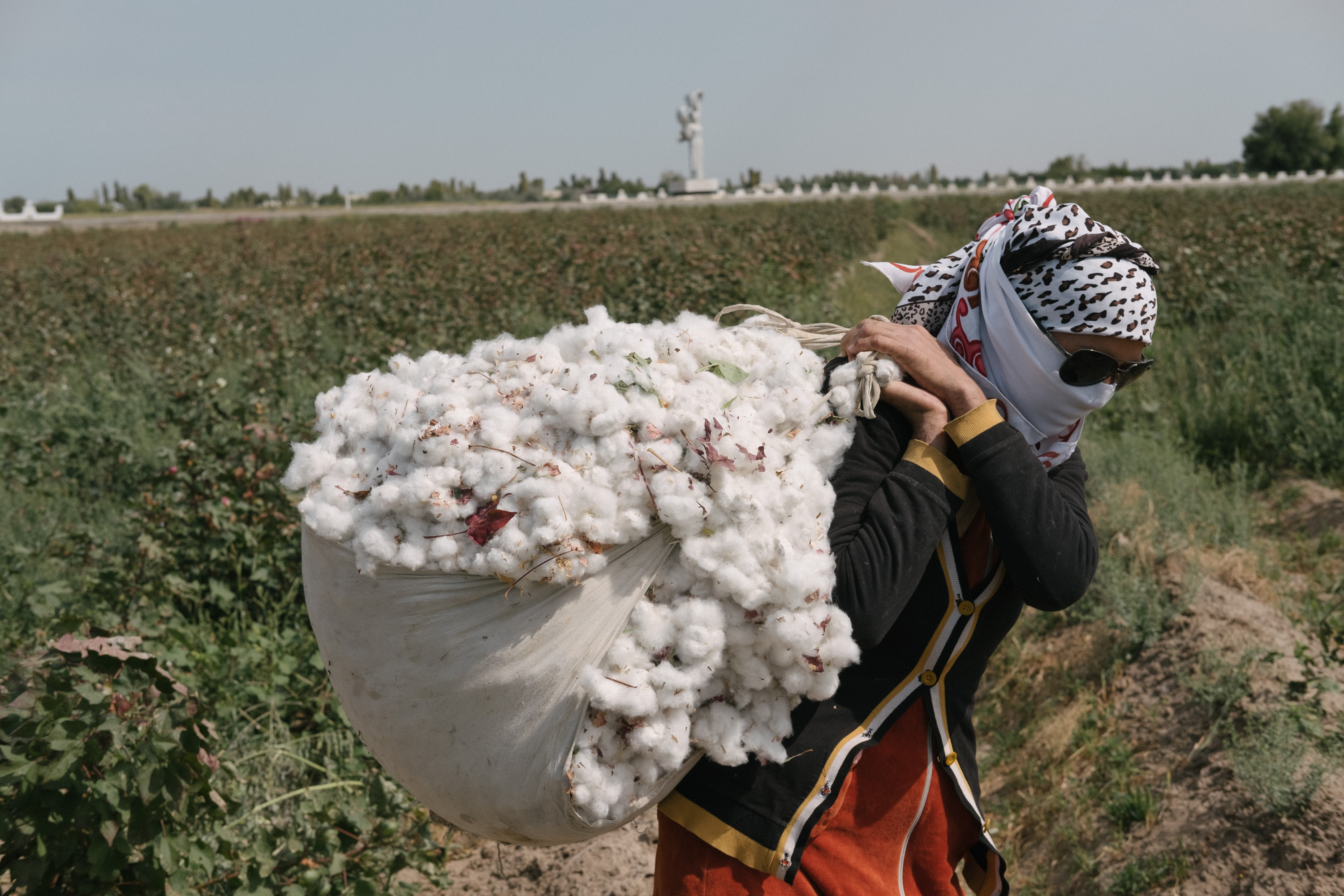 Washington, D.C. – The Cotton Campaign hosted the first-ever, high-level delegation of Uzbek government officials to join its annual strategy meeting on February 4 at a pivotal time for reform to end forced labor in Uzbekistan. Building on discussions in May 2018, when a Cotton Campaign delegation visited Tashkent, the two sides agreed on broad areas of further progress that are necessary to achieve lasting reform. The Cotton Campaign and the Government of Uzbekistan also agreed to intensify direct dialogue in 2019 in order to encourage and accelerate the progress of reform.

Led by the Deputy Prime Minister Tanzila Narbaeva, the delegation included the Minister of Employment and Labor Relations Sherzod Kudbiev and the Chairman of the Uzbek Textile and Garment Association Ilkhom Khaydarov, along with the Ambassador of Uzbekistan to the United States Javlon Vakhabov. The delegation traveled to Washington, D.C. at the invitation of the Cotton Campaign to meet with its partners including Uzbek civil society activists, international human rights and labor rights organizations, trade unions, academic experts, responsible investors, and apparel trade associations.

“We are encouraged by the Government of Uzbekistan’s commitment to end decades of forced labor and we are focused now on the many dimensions of this historic task which remain to be completed,” said Cotton Campaign co-founder Bennett Freeman. “Our discussions were substantive, constructive, and positive, highlighting both recent areas of significant progress and the major challenges still ahead.”

The Cotton Campaign will provide a roadmap outlining specific commitments and actions necessary to eliminate systemic forced labor while advancing structural reforms and enabling civil society. The roadmap will seek to complement and reinforce the important efforts being undertaken by the Government of Uzbekistan to end forced labor in the cotton sector, which are supported by the International Labour Organization (ILO).

Despite significant progress in publicly acknowledging and allowing Uzbek media to cover forced labor as well as reducing harassment against and allowing access for human rights activists monitoring the harvest, state-organized forced labor remained systemic in Uzbekistan’s late 2018 cotton harvest. Preliminary findings based on hundreds of interviews and documents gathered by the Uzbek-German Forum for Human Rights (UGF), a Cotton Campaign partner, show that government actors have been implicated in forcing people to the fields on a large scale to fulfill centrally-developed cotton quotas in 2018.

“This past year, we monitored the harvest throughout the 70-day harvest period,” stated UGF Director Umida Niyazova. “There were significant reductions in the use of forced labor among some vulnerable groups, particularly university students and workers in the health and education sectors. The widespread use of involuntary workers mobilized from state enterprises and other sectors remained apparent, however, showing that systemic drivers of forced labor remain in place.”

A key point of discussion during the strategy meetings was the Uzbek Cotton Pledge, a commitment from 310 apparel brands to not “knowingly source” cotton from Uzbekistan until it is no longer produced with government-organized forced labor. The Pledge will remain in place with the support of the private sector signatories until the Campaign sees that systemic forced labor has verifiably ended, structural reforms are sufficiently advanced to prevent it from returning, and civil society is enabled to monitor and report. Pledge signatories and the Campaign will look for additional, demonstrable progress in each of these three areas in the autumn 2019 harvest before further evaluating the Pledge.

Steve Lamar, Executive Vice President of the American Apparel & Footwear Association, who joined the discussions with the Government of Uzbekistan, said, “We hope that the Uzbek government will see the Pledge as an incentive to continue to build toward a more prosperous future for Uzbekistan’s farmers, workers, and economy. We welcome the dialogue with the government to continue making significant progress toward ending systemic forced labor and will continue to work with them and all stakeholders, including the ILO, to accomplish this goal.”

Last week’s meetings also focused on forced labor in the cotton industry of Turkmenistan, where systemic forced labor remains deeply entrenched. The Cotton Campaign has asked apparel brands to cease sourcing from Turkmenistan and conducted a briefing for responsible investors in New York City on February 8.

“We are encouraged by our dialogue with the Uzbek Government and look forward to achieving the success that our diverse but unified coalition has sought since its first meetings in early 2008,” said Judy Gearhart, Executive Director of the International Labor Rights Forum which coordinates the Cotton Campaign. “At the same time,” she added, “we hope that the progress of reform in Uzbekistan will send a message to the Government of Turkmenistan that it too can and must eliminate systemic forced labor, along with the repression and exploitation that it imposes.”

The Cotton Campaign is a global coalition of human rights, labor, investor and business organizations dedicated to eradicating child labor and forced labor in cotton production in Central Asia.