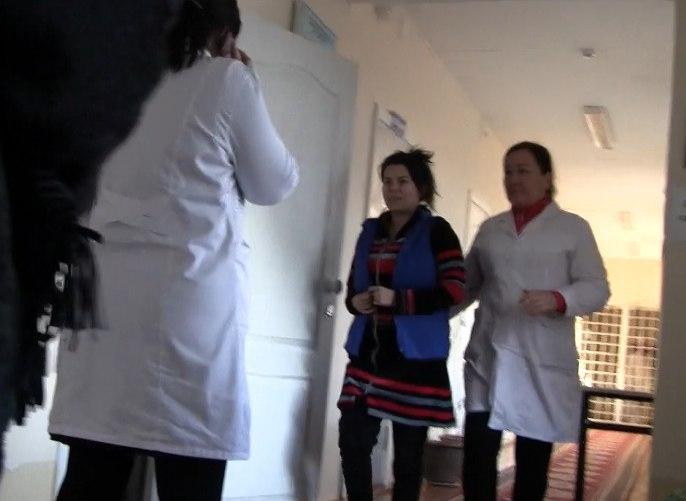 On November 28, the Khorezm Regional Civil Court rejected the request of Nafosat Ollashukurova’s lawyer to release her from forcible detention in a psychiatric clinic where she will now remain for another month.

Nafosat’s lawyer, Umid Davletov told UGF that the court’s decision was based on the conclusion of a commission conducted on November 27 with the participation of three doctors of the clinic.

Nafosat, who had a blog on Facebook under the name Shabnam Ollashukurova, was also present at the court hearing and, according to her lawyer, appeared to be in good health and was able to answer all questions put to her. She has said she will now appeal the decision at the Supreme Court of Uzbekistan.

In September this year, the 32-year-old blogger was sentenced to 10 days of administrative arrest after filming and live-streaming the arrest of the Khorezm poet and journalist, Mahmud Rajab. A court found her guilty of “petty hooliganism,” “failure to comply with the lawful requirements of an internal affairs official,” “counteraction to the performance of official duties by internal affairs officers,” and “creating the conditions for unauthorized meetings, rallies, street processions, and demonstrations.” However, three days after the arrest, Nafosat was detained in the Khorezm Regional Neuropsychiatric Hospital in the city of Urgench almost 1,000 km from her home in Tashkent.

According to the Prosecutor General’s Office, Nafosat allegedly began showing signs of “psychological changes” the day after her arrest. According to the court decision, a psychiatrist claimed that she “has a mental disorder, signs of a psychopathic syndrome, and paranoia syndrome”.

Nafosat’s father, Boltaboy Ollashukurov, had previously reported to Ozodlik that his daughter, an English teacher, had never suffered from mental illness. During her two months of detention, Nafosat has only seen her mother once and has been separated from her three-year-old twin daughters for the entire time.

A number of international human rights organizations, including the Committee to Protect Journalists, Cotton Campaign and Amnesty International, have issued a statement in defense of Nafosat Ollashukurova and called for her immediate release and an end to her forced treatment.

On her Facebook page, where she has more than 4,000 subscribers, Nafosat has covered issues related to women’s rights and social issues.