How to punish Uzbek farmers 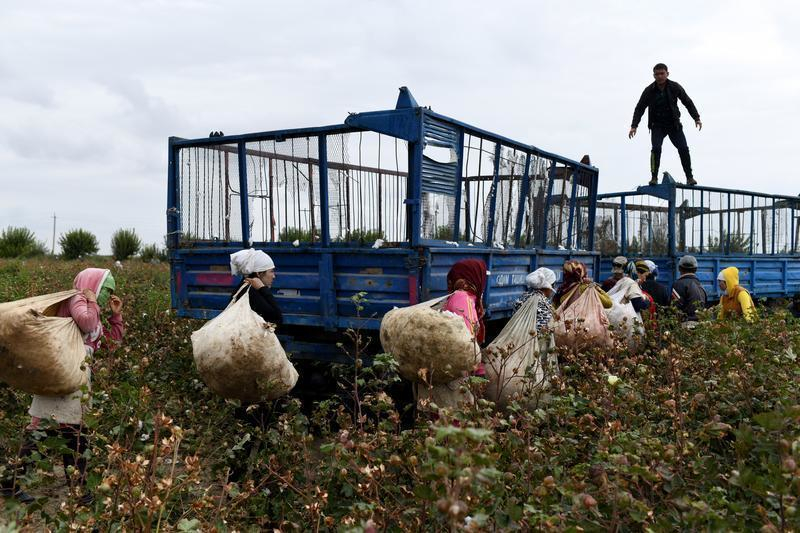 “First they were locked up in a bus and then beaten”

The khokim (head) of the Kushtepa district in the Ferghana region Bahrom Djumanov locked up local farmers in a bus, and then decided to check their fields. The district prosecutor, together with the police chief and the governor, insulted and beat farmers whose fields did not meet the requirements of the local authorities.

According to “Radio Ozodlik” (the Uzbek service of Radio “Liberty”), on the first days of June, Bahrom Djumanov gathered farmers from the whole area in a bus and drove them across the fields.

According to one of the farmers who witnessed the incident farmers whose fields were overgrown with weeds, were insulted and beaten by local officials.

„One day they drove us, farmers, to one location, the next day to another. On the bus were the khokim, the prosecutor and the police chief. If a field was out of order, the three officials abused, beat and then pushed farmers off the bus”, one of the local farmers who asked not to disclose his name told “Radio Ozodlik”.

“But this was not yet the end of problems for the farmers.

According to a witness, the bus was followed by a “Damas” car  with police escort. The policemen took the farmers who had been pushed out of the bus in the police car. I saw with my own eyes what they did to farmer Alijon in the Yassavi district. He was taken to the police department and locked up there. Two days ago, he felt sick and a doctor came. The doctor gave him an injection, and after that the farmer was released”, a local farmer told “Radio Ozodlik”.

Another farmer from the Kushtepa district told “Radio Ozodlik” who wished to remain anonymous that assaulting farmers by a khokim was commonplace.

“I personally saw how a khokim insulted and beat farmers Askarali from ‘Pakhtakor MTP farming‘ and Murodilla from ‘Yassavi farming’, said a farmer from the Kushtepa district in the Ferghana region.