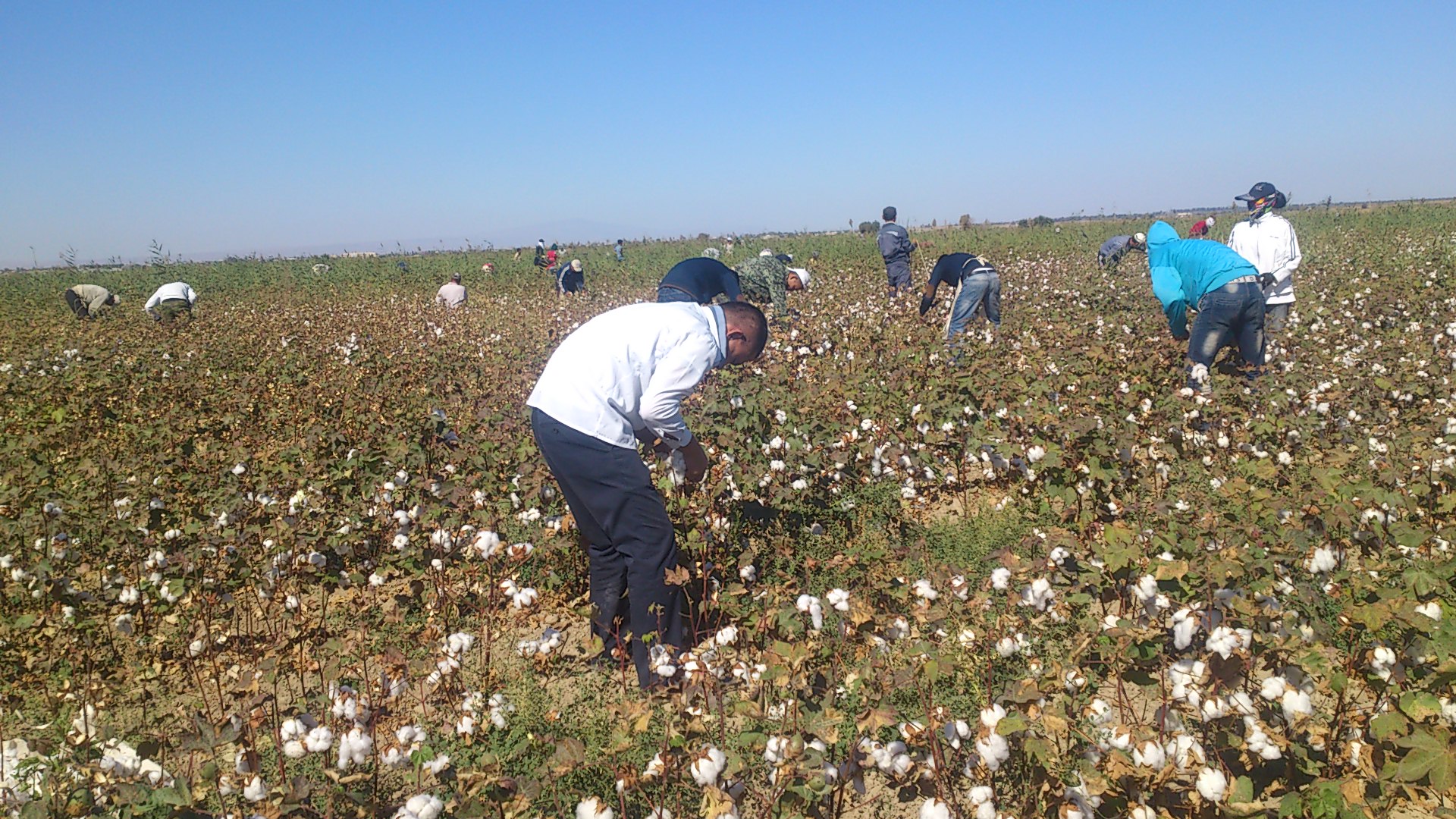 Asror Boykaroev, who was appointed as the new hokim of the Karshi district only 10 days ago, already managed to insult, beat and even put  local farmers behind bars.

Local farmers have complained about Asror Boykaroev, the new hokim of the Karshi district in the Kashkadarya region . They claim that the new hokim began his new post by devoting half a day to beating, abusing and arresting “lazy farmers”.

“At a meeting on Sunday in the hokimiat, he (the hokim) said that ‘even the air we breathe belongs to the president.’ The hokim ordered police officers to arrest farmers Kavmiddin Rasulov and Narzillo Temirov who did not fulfill his orders”, one of the local farmers told “Radio Ozodlik”.

Another farmer from the Karshi district confirmed these accusations in a conversation with “Radio Ozodlik”.

„He beats, kicks and insults the local farmers. He is ordering the police to lock them up in a detention center without charges. I personally witnessed this“, said a farmer from Karshi.

In a telephone conversation with “Radio Ozodlik”, one of the officials from the hokimiyat confirmed that the head of the district “had gathered farmers to punish them for their insufficient work.”

An official from the Karshi district hokimiyat said, “He demands discipline and hard work. Perhaps that is why all the farmers do not like him. But he did not beat them. If you are not tough with them (the farmers), they will stop working. We examined their land and entire fields were overgrown with grass. What else can be done to encourage them to fulfill the order?”

“Radio Ozodlik” tried to contact the Karshi district hokim by phone for comment but a person who introduced himself as the hokim’s assistant told “Radio Ozodlik” that Boykaroev was not at his workplace.

In Uzbekistan, there are many reported cases where hokims have insulted and sometimes beaten farmers. In most cases, the violent actions of officials remain unpunished.

On July 17, “Radio Ozodlik” reported on how Rauf Dustnazarov, a 55-year-old farmer  from the Furkat district in the Ferghana region, had committed suicide after being publicly humiliated by the head of the district.