If farmers were given freedom, then, even during hard times, the farming industry would be able to actively develop 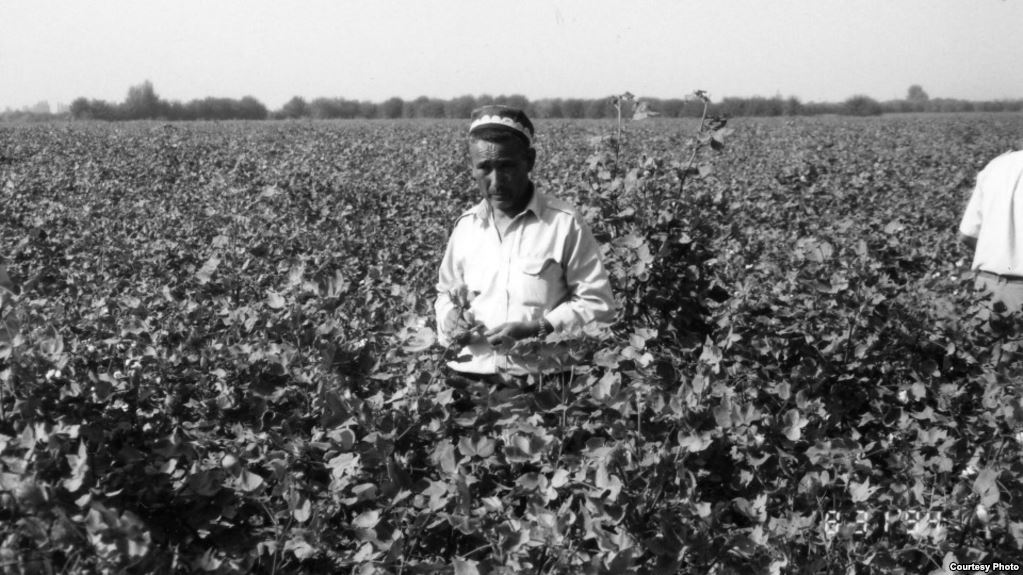 This is an ordinary story told by one of the farmers from the Khorezm region to the UGF monitor, which shows that command economy in the agricultural sector of Uzbekistan has not changed since the Soviet times. Local authorities, the police, and special department of the Prosecution Office control the work of Uzbek farmers. For non-compliance with the directives, farmers get punished, often through physical violence, insults, and humiliation, which cause many farmers to commit suicide.

A farmer from Khorezm, Khasanboy (the name has been changed) has worked in the agricultural sector his entire life. Although he has only secondary education, he knows everything about land and is capable of managing his farm on his own. However, Khasanboy and hundreds of thousands of other farmers are in a hard grip of the state, and the latter doesn’t want to loosen that grip.

This is what he told the UGF monitor in his interview.

“We are required to grow all of our crops. The entire area of 46 hectares is planted with crops that we have to grow according to the instructions of the district authorities. Out of everything that we have to grow, we want to grow only rice really. We are growing the rest of the crops against our will. However, this year, due to the water shortage, we were prohibited from growing rice. This year, hokims and other officials allocated more land for their farmers to grow rice, whereas we were forced to grow other useless and less profitable crops. At the beginning of this year, the head of the Khorezm regional administration said that we would not grow rice at all this year. And yet, the head of the region and heads of districts, law enforcement agencies, and the prosecution office, along with other officials, allocated 50-100 hectares of their lands for their farmers to grow rice. Seeing all of this happening, other farmers started growing rice secretly on parcels of land of 1,000-2,000 square meters belonging to their bosses. As soon as the bosses learned about it, prosecution and law enforcement authorities started preventing farmers from growing rice. They began shutting down the water in ditches, and as a result, wheat in some fields remained without water. In Khorezm, and especially in the Gurlen district, a farmer not growing rice will definitely end up bankrupt. Therefore, many farmers, despite prohibitions from “above”, try hard to have as much area planted with rice as possible. Authorities, on the contrary, try to stop this using all means. During dry years, rice prices, naturally, go up, and officials usually try to take advantage of it.

This year 30 hectares of my land are for cotton, 11 hectares for wheat, and the rest is for vegetables and melons. On the areas with no wheat, we are forced to sow fodder crops like hay, mung beans, and chili peppers. We don’t need fodder crops since we don’t have animals on the farm. All farmers are forced to grow mung beans and pepper. We are promised that some kind of intermediary company will buy mung beans and pepper by contract. However, we hear such promises every year and sign contracts. They say that if our harvest is not purchased, we will be able to sue them. But in autumn, the harvest remains on the fields. And companies we signed contracts with are like a wind in the field; nobody knows where to find them.

It is useless to try to sue them. Some did that, filed a lawsuit, and those companies presented a sheet of paper saying that the contract was terminated and that’s it. All of them including the court, the prosecution office, and law enforcement authorities are puppets in the hokim’s (the head of the district administration) hands or his business partners. As the old saying goes: “Hawks will not pick hawk’s eyes.”

There is a separate contract signed for each kind of crops. A contract is signed but all terms are set by the customer only. The head of the farm cannot set any terms. And contracts are usually made formally. We haven’t even fully read these contracts since its terms have never been met by the customer. Nobody controls them. Only the farmer is under control.

Authorities told us to breed chickens on field edges. They forced us to build henhouses. They gave us 100 chickens from the Shavat hatchery. Now, only 15 of them are alive and the rest died. Other farmers have the same problem: 90 percent of their chickens died. We don’t even know how much money has been withdrawn from our bank accounts to pay for these chickens.

There are a great number of tasks to perform, such as building a house for workers watering the fields, growing silk cocoons, bringing manure to the fields, hanging bottles on the field edges as a preventive measure against pests, and other tasks. If I start listing all the kinds of stupid tasks that we are required to do, from sowing cotton to collecting it, you will laugh. It is required to sow cotton seeds at a certain date, although the soil isn’t yet ready, i.e. it isn’t warm enough. Those who don’t sow at that time receive warnings from the prosecutor’s office. Those who are late to a meeting or those who didn’t accomplish some of the hokim’s tasks are deprived of the right to receive fuel.

Farmers are fed up with being forced to sow cotton in two rows. Cultivation of cotton grown in two rows isn’t appropriate; it is completely unsuitable for our conditions.

There are tents on the fields. Machine operators, heads of farms have to sleep in these tents like some convicts. They don’t want to do that and secretly run away. I personally witnessed how law enforcement officers checked the tents at night and forcibly brought a runaway farmer back to the tents.

Apart from the tent called the “machine operator’s house”, we have spent 8 million soum to build a tent for workers watering the fields on field edges. As required by the authorities, there is a bed, a sofa, a tap, a sink, a kazan [trans. – large pot], a fireplace, and other utensils. If some small thing is missing, the head of the farm could be shamed. However, in the house of workers watering the fields, no worker can rest for a minute. 8 million was thrown out the window. Workers on the fields have neither time nor need to have rest. Such innovations are just a result of some manager’s imagination, from someone who doesn’t even leave his office.  The same happens with the “machine operators’ house”. A commission comes and inspects living conditions. However, machine operators are only in these houses during the night when the commission comes, and after they leave, operators go home. There could be people in the tents located along main roads in the evening. But tents located on the outskirts are always empty. Ordering workers to spend nights in the tents is a stupid idea of managers.

Last year, cotton boxes were opened earlier than usual. It wasn’t allowed to collect it. Cotton started falling out of boxes. People started secretly collecting it on the outskirts. Every day people were ordered to come and drive cotton collectors from the fields. After the end of the cotton harvest, it wasn’t allowed to uproot guza-paya [trans. – remains of cotton after harvesting] for a long time until the frosts came.

All of the work we do is done under orders. Farmers cannot do anything at their own discretion. The tasks coming from above hinder the development of the farming industry. If farmers were left alone, if they were given freedom and requested to provide only their harvest, then, even during hard times, the farming industry would be able to actively develop.

As regards trade unions, I didn’t ask to be a member of a trade union and didn’t apply to be one, yet every month, the membership fees are withheld from my salary. When it comes to [solving] problems, our trade unions is a dead organization.

Every month I am paid minimum wages, however, I never receive this money; I just sign that I received it. It’s all for the sake of formality. I work for the right to cultivate rice on one hectare at my own expense. After deduction of all my expenses, I have three tons of rice as my profit. It is too little for me but I have to agree with it, otherwise, I will lose my job.”