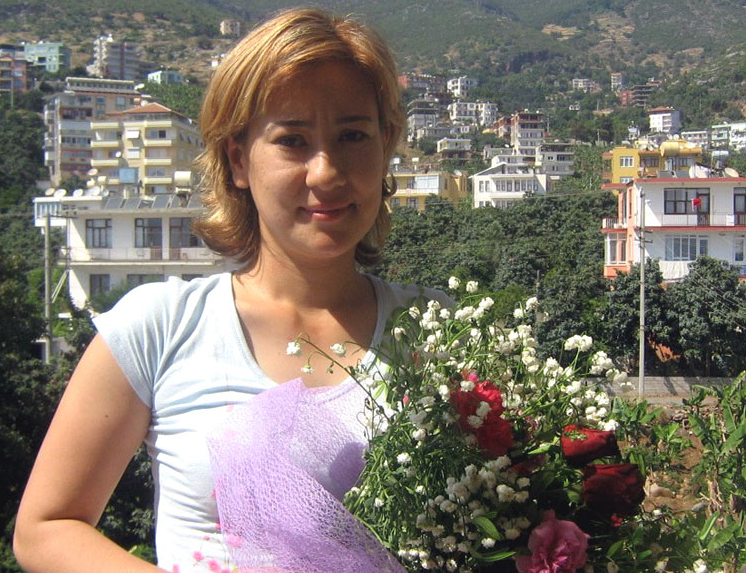 – This report was originally published by FerghanaNews.ru. –

Sources claim that Niyazova is kept in a specially prepared cell. Food parcels from the family are accepted but never reach the arrestee. No visits are permitted. Investigator Ulugbek Ortikov and five officers of the Uzbek National Security Service (their identities unknown) are putting Niyazova under psychological strain. Her state of health took a dramatic turn for the worst. Attempts to slip her mind-altering drugs were reported. Some sort of poisonous gas is injected in the cell every now and then. Tortures and pressure notwithstanding, Niyazova would not buckle.

Suhrob Ismoilov and Azamjon Turgunov, human rights activists who had volunteered to defend Niyazova, had their offer officially turned down, yesterday. The document they received from the Transportation Prosecutor’s Office refers to Niyazova as “a repeated offender” with “numerous grave crimes on her record”. The request to release Niyazova on bail was turned down because “the offense was deliberate.” Niyazova’s relative by name of Shamoat was given a copy of the document. It states as well that the arrestee herself does not feel like being defended.

According to Uznews.net, Abdurahmon Tashanov (a human rights activist from Ezgulik who also offered his services to Niyazova) believes that Niyazova turned down his offer because Tatiana Davydova, an experienced Tashkent lawyer, was already defending her.

Niyazova’s former lawyer Abror Yusupov cannot be trusted anymore. RL quotes Niyazova’s friend Galima Buharbayeva (Uznews.net editor) as saying, “Umida knew the man as a lawyer who does not hesitate to defend political prisoners. She hired him because of that. Yusupov began phoning her in Bishkek with reassurances that charges against her had been dropped. He was implying that she only had to turn up, collect her passport and computer, and go back to her former life. I understand Umida perfectly. She found herself abroad, in exile, and here is her lawyer phoning with reassurances. Just imagine the temptation! He kept phoning and saying that it was all right, that he had seen the documents with his own eyes, that it was safe to come back now. Niyazova decided to return – quietly, so as not to attract attention – and collect her passport, but they had been waiting for her on the border. She was seized.”

Yusupov himself denies all accusations. He wouldn’t be blamed for her imprisonment. “I was shown the official document to the effect that no criminal charges were to be pressed and that administrative charges were to be dropped. What was I supposed to do? Tell my client something altogether different? My conscience is clear,” Yusupov told RL.

Andrea Berg, the head of the Human Rights Watch mission in Uzbekistan, interceded on Yusupov’s behalf. “So far as I know, it was not the lawyer who tricked Niyazova. He himself was tricked. He was shown documents that Uzbek law enforcement agencies and other services did not have anything against Niyazova, that nothing incriminating had been found in her computer, and that she could come to collect the passport and the notebook,” Berg said.

Ex-diplomat and independent political scientist Tashpulat Yuldashev is suspicious of Yusupov’s guilt too. “I’d say that he himself must have been tricked. Or bullied into cooperation by secret services. That was why he told her that the administrative charges had been dropped. That was why she decided to come back.” Yuldashev said. “This frail girl is escorted to the investigator by six guards armed to their teeth, all of them in body armor. When the interrogation is over, they take her back to cellars that haven’t changed since Stalin’s era. Her relative was shocked at seeing her this way. This relative of hers has never come to since then… Niyazova’s arrest is clearly political. If it is not harassment of dissent, then I don’t know what is. She is not a promoter of fundamentalist ideas or anything like that despite what the authorities claim. It’s just that she criticized Islam Karimov’s policy and suggested ways out of the economic and political crisis.”

“Some sort of charges were pressed against Umida in connection with the materials found in her computer when she was detained in late December,” Oleg Panfilov, Director of the Russian Center of Extreme Journalism, said. “I do not know what materials they were. I can only surmise that there were some materials on human rights because Umida worked with Human Rights Watch, and the Uzbek authorities are notoriously suspicious of all human rights organizations.”

BBC reported Tashanov as saying that the Uzbek law enforcement agencies found in Niyazova’s notebook materials on the Andijani massacre in May 2005, Human Rights Watch reports on the events in Andijan, and interviews with their victims. As far as Tashanov is concerned, it enabled the Transportation Prosecutor’s Office to draw the conclusion that Niyazova belonged to the outlawed Akromija and had been proliferating its materials.

Ferghana.Ru sources claim that Yusupov was instructed to tell whoever would ask that Niyazova was fine. He was also instructed to find Umida’s toddler (2 years) and bring him to the National Security Service so as to blackmail the mother and put her under pressure. The National Security Service “advised” some activists of human rights organizations in Tashkent to tell foreign embassies that Niyazova had broken the law. The people Niyazova worked with in Internews and Freedom House are questioned and “advised” to come up with revelatory articles on Umida’s alleged crimes.

Niyazova was returning from a human rights conference in Bishkek (Kyrgyzstan) when she was arrested in the airport of Tashkent on December 21. Customs officials discovered in her notebook some materials they branded as “anticonstitutional”. Niyazova’s notebook, flash-card, and passport were confiscated. Administrative charges were pressed against the human rights activist. Niyazova herself was released nine hours later.

Niyazova left Uzbekistan and appealed to the office of the UN High Commissar for Refugees in Bishkek. The Kyrgyz immigration authorities registered Niyazova as a person in need of protection. Yusupov claims that he was summoned to the Tashkent airport customs on January 22 and informed that the criminal charges against Niyazova had been replaced with administrative and that she could collect her passport and things. The lawyer phoned Niyazova’s mother to tell her the news that same day. Niyazova herself discussed everything with the lawyer and her mother and decided to come back to Uzbekistan from Osh (Kyrgyzstan). She was taken in crossing the border on January 22.

She was kept in the detention cell of Andijan until January 26 when her transfer to the one of the Transportation Prosecutor’s Office in Tashkent was ordered. Yusupov was permitted to be present at the preliminary interrogation where Niyazova confessed her guilt under Article 223 (illegal crossing of the border). The Transportation Prosecutor’s Office pressed charges under Article 246 of the Criminal Code against Niyazova. The matter concerns smuggling (religious-extremist literature). Niyazova is in the detention cell of the Tashkent jail now. Investigation is under way.