Just Like Old Times: Ministry of Internal Affairs Continues to Meddle in the Lives of Farmers 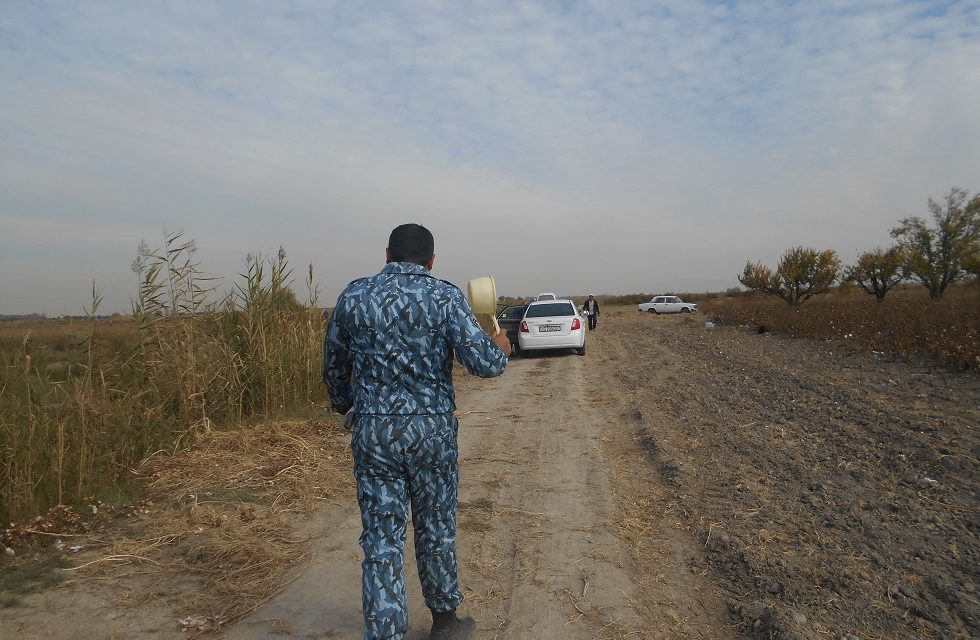 On August 23 Radio Ozodlik published an audio recording of a conference call held by the head of the Kashkadarya regional police, Dilshod Tursunboyev. During the meeting, Tursunboyev was heard addressing the heads of the district police departments and scolding his subordinates for the inability to find a sufficient number of vehicles to bring manure to fertilize the fields.

“I gave you an order. You look like animals! If I scold you, you are offended. Muborak (referring to the district – Ed.) delivered only 17 vehicles, Kamashi, 27, Kasan, 24, Kitab, 10… I instructed you to do two things. Household plots and fertilizer to the fields. Why aren’t you doing this?”, Tursunboyev shouted during the online conference using profane language.

The involvement of employees from the Ministry of Internal Affairs in work not related to their direct duties and interference in farming work has been observed since the days of the first President of Uzbekistan, Islam Karimov, and continues to this day.

It had been previously reported that on July 19, the head of the police department of Kasbi district in the Kashkadarya region, Chori Kucharov, had kept more than a dozen farmers and irrigation workers in an overheated bus for two hours as punishment for disobeying regulations for the use of water for the production of cotton.

One of the farmers told of how the head of the police force arrived when the workshop had already started. After asking the farmers why they had watered the cotton twice, they were handcuffed and forced into the bus guarded by the police.

The head of the police force then continued to conduct the workshop in the cotton field. The farmers and farm workers were held inside the bus for two hours in the middle of a cotton field with an outside temperature of 50° Celsius. They were later taken to the Ministry of Internal Affairs to write an explanatory note.

After Ozodlik published the story, Kucharov was dismissed from his position.