Protest Campaign at the U.S. Chamber of Commerce 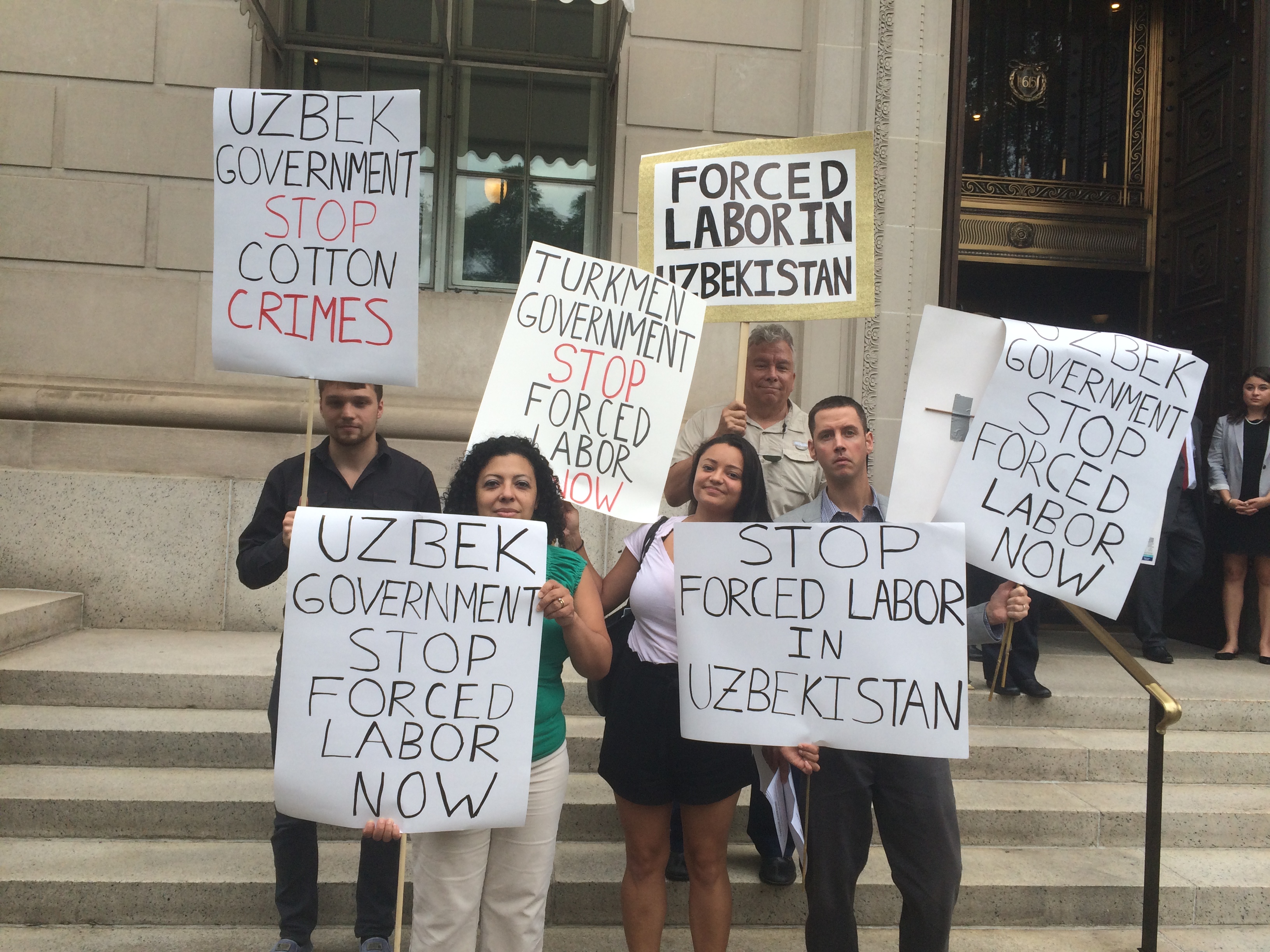 On Wednesday, August 3, 2016, representatives of the international coalition of the Cotton Campaign and other demonstrators gathered outside the US Chamber of Commerce in Washington DC to protest against the Chamber’s hosting of a reception for the Foreign Ministers of Uzbekistan, Turkmenistan as well as Kazakhstan, Kyrgyzstan, and Tajikistan. With the event, the Chamber of Commerce was lauding the Central Asian governments for “25 years as sovereign states.”

The protesters called on the governments of Turkmenistan and Uzbekistan to end their systematic forced labor practice and to protect their citizens’ human rights.

Uzbekistan and Turkmenistan use the largest state-sponsored forced labor systems of cotton production in the world. Both governments threaten, assault and imprison citizens who attempt to report about human rights violations. The practices violate the rights of Uzbek and Turkmen citizens under national and international laws. Profits from cotton sales solely benefit the government elite in these two Central Asian nations, and the cotton ends up in clothes we buy and wear.

The Cotton Campaign’s calls on: