Review of the 2013 Cotton Harvest in Uzbekistan 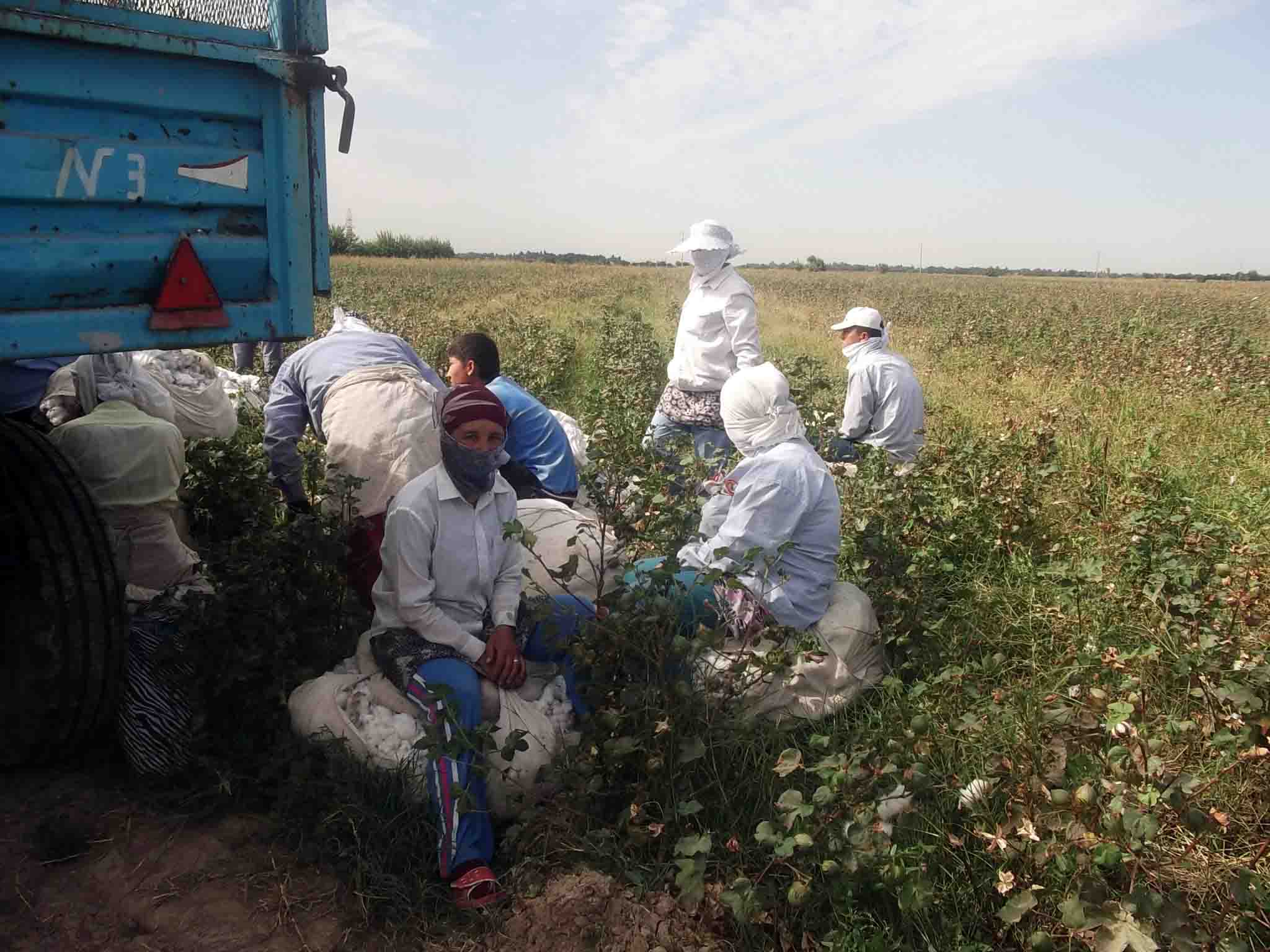 State forced-labour system continued throughout the 2013 cotton harvest in Uzbekistan, despite the presence of International Labour Organization monitors

The Uzbek government again systematically forced children and adults to pick cotton and farmers to produce state-established quotas of cotton in one of the largest state-sponsored systems of forced labor in the world, states the “Review of the 2013 Cotton Harvest in Uzbekistan,” released today by the Cotton Campaign.

This fall, the Uzbek government coerced more than a million citizens, including children, to cultivate and pick cotton. The government systematically mobilized children aged 15 to 17 and adults throughout the country, and authorities mobilized even younger children in some locations. Forced child labour was organized through the state education system, under threat of expulsion from school. Public- and private-sector workers were forced to pick cotton under threat of losing their jobs. Authorities transported students from the schools to the fields in public buses, and students and adults who were deployed to pick cotton far from their homes were housed in schools and other public buildings, often at their own expense.

Eleven citizens lost their lives as a result of the forced-labour system this year. The tragic losses included Tursunali Sadikov, a 63-year old farmer who died of a heart attack after being beaten by a Department of Internal Affairs official, and Amirbek Rakhmatov, a six-year-old schoolboy who accompanied his mother to the cotton fields, napped in a trailer, and suffocated when cotton was loaded on top of him.

“The deaths this year horrifically reflect the Uzbek government’s use of its citizens as disposable inputs for its cotton industry,” said Umida Niyazova, Director, Uzbek-German Forum for Human Rights. “After 24 years, it is time that Tashkent finds another way to fill government coffers, not on the backs of Uzbek children and adults.”

As the 2013 Cotton Harvest Review details, the Uzbek government took extensive measures to conceal its use of forced labour from the international community.

First, the government attempted to create the impression that work in the cotton fields is voluntary. Prior to the harvest, the government inserted a clause in contracts for public-sector workers making work in the cotton harvest a condition of employment. School administrators required students and parents to sign commitments at enrollment that students would pick cotton. Throughout the country, authorities instructed children at schools and adults in their workplaces and communities to report to foreigners that they picked cotton “voluntarily” and “for the love of the motherland.”

As in previous years, the government silenced Uzbek human rights monitors through arrest, imprisonment and intimidation. The authorities arrested and detained independent journalist Sergei Naumov, who had frequently reported on forced labour, for 12 days. The Bukhara City Criminal Court sentenced Bobomurad Razzakov, a farmer and human rights activist who has frequently represented fellow farmers’ interests before the prosecutor’s office, to four years imprisonment. In Jizzak, authorities placed human rights activist Uktam Pardaev under house arrest to prevent him from reporting on forced labour during the cotton harvest, as he had in previous years.

For the first time, the Uzbek government invited the ILO to monitor the cotton harvest. In July and September, the Cotton Campaign recommended that a monitoring mission include oversight by the International Trade Union Confederation and International Organisation of Employers, independent civil-society participation, a mandate to address forced labour and child labour and public reporting. Instead, the government moved to limit the ILO monitors’ ability to fully examine forced labour.

In addition to coaching citizens on what to tell monitors, authorities instructed students to lie about their participation in the harvest, and education administrators returned students from the cotton fields to schools in anticipation of visits by the ILO monitors. Furthermore, authorities ordered residents to ensure children picked cotton away from the main highways. As the harvest concluded, Tashkent distributed its own version of an information note prepared by the ILO monitoring mission in which the government blamed the victims, adding a sentence not contained in the ILO monitors’ version to the effect that any child labor during the harvest was “initiated by the children themselves and their parents-farmers, government agencies were not involved.”

Unfortunately, the ILO monitoring mission’s initial information note did not conclude that there was systemic use of forced child labor. This reflects the limitations on the mission and contrasts with the voluminous, concrete evidence disseminated by the Cotton Campaign and its coalition members throughout the harvest and compiled in today’s report.

This month, the ILO Committee of Experts will review the situation in Uzbekistan. The Cotton Campaign encourages the Committee to consider the full range of evidence available and to set the record straight by making clear that again this year the Uzbek government required farmers to produce cotton and mobilized Uzbek children and adults in one of the largest state-sponsored systems of forced labor in the world. We also reiterate our call to the Uzbek government to end its forced-labour system of cotton production.

The Review of the Cotton Harvest in Uzbekistan is available here: Report.