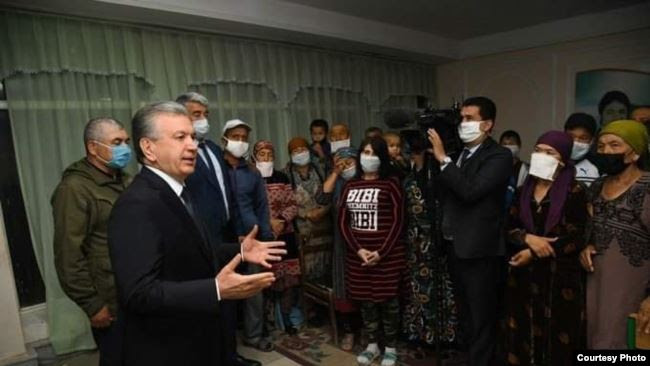 As a result of the dam break at the Sardoba reservoir, serious damage was caused to settlements, communication networks and agricultural land. 56 people were injured and two employees of the National Guard, who helped with the evacuation, were swept away by strong currents. One of them has been confirmed dead while the search for the second employee continues.

Approximately 70,000 people have been evacuated leaving flooded homes and fields behind, with many livelihoods now in ruins. The reservoir, which was built from 2010 to 2017, contained 922 million cubic meters of water intended for irrigation in the Syrdarya and Jizzakh regions. There are now serious questions to be asked as to why a dam that was completed a mere three years ago could have been so seriously defective.

Before the dam broke, few even knew of its existence other than the residents of the Syrdarya region where the dam is located. Even an Internet search on the history of its construction returns very little information. Only one document from 2008, ‘On the Investment Program of the Republic of Uzbekistan’ No. PP-969 02.10.2008, reveals that 700 million soum would be allocated for the construction of the Sardoba reservoir. At 2009 exchange rates, that is equivalent to approximately $450,000.

Is it possible to build a reservoir with a volume of 922 million cubic meters of water, and with a sufficient margin of safety for so little money? Interestingly, the money was allocated in 2008, and according to the official press, construction began in 2010. Perhaps during 2009, design was underway. But there is no information that somewhere this project was considered and approved, despite the fact that it was later declared by the local press to be the ‘project of the century’.

According to the same document, the Ministry of Agriculture and Water Management was responsible for the construction of the reservoir. At that time, agriculture and water management was supervised by then Prime Minister, Shavkat Mirziyoyev who was portrayed by the local press as the initiator and supervisor of the construction of the Sardoba dam. Now that the dam has collapsed only three years after completion, one wonders how he carried out his supervision.

The allocated money for the construction of the dam was modest and most likely did not suffice for its implementation. The project was delayed and it was only after Mirziyoyev became president in 2016 that it was revived again. However, for the project to be completed, extra money was needed. Open source data returns no information about revised budgets or funding. The legal databases Lex.uz and Norma.uz give no information other than the afore mentioned document from 2008. In fact, the Sardoba reservoir is not even in the database of reservoirs in Uzbekistan which would normally be found on the CAWater-info.net information portal which provides a significant source of information on water management facilities and resources throughout Central Asia.

A lack of funding has never been a concern of officials like Mirziyoyev. Uzbekistan is home to a whole galaxy of miracle-working leaders (especially among local government officials or hokims) who, in the absence of budgetary funds, are somehow able to present results and report to the top on time. When Mirziyoyev was the hokim of the Samarkand region, he managed to find resources for the restoration of the Bibi-Khanum architectural complex in the absence of budgetary funds. Whether the completed project complies with restoration standards is a question that deserves a separate discussion. The main thing is that President Karimov was satisfied and took note of the miracle-worker hokim.

But what was the secret of such miracles? The answer is fairly commonplace. Missing funds usually secure by extorting money from local businessmen. This practice of ‘taxing’ entrepreneurs with additional, informal taxes and the practice of compulsory charitable contributions, introduced under Karimov, remains to this day. The current president continues to surround himself with the same miracle-workers. Their main priority is to extort funds from local entrepreneurs and report on time with results, be it a reservoir, a hydroelectric power station, or a construction megaproject like ‘Tashkent City’. How local officials are able to deliver receives no special attention.

But let’s go back to the reservoir. According to local press, the facility was commissioned in 2017 and we already have an approximate idea of ​​the price of this project which allowed the president and his entourage to ride on the new reservoir in a motor boat. However, the disastrous result that we see now could have been predicted if there had been meticulous experts or journalists willing to investigate and raise the alarm about projects that are implemented using the old methodology.

Now what? After evacuating over 70,000 affected residents, the President was quick to travel to the region and give assurances of kindness and support to affected residents and was seen milling without a mask through crowds of people, seemingly unconcerned about the spread of Covid 19. The crowds he attracts too, although wearing masks, do not maintain the social distancing rules which have been strictly imposed by the government. It seems the threat of Covid 19 can be forgotten when the leader needs to demonstrate unity with the people.

There is also another project attached to the Sardoba reservoir: the construction of the Sardoba Hydroelectric Power Station. Just three months ago, on January 29, the Cabinet of Ministers adopted a resolution ‘On measures for the implementation of the investment project, construction of a small hydroelectric power station at the Sardoba reservoir’. But will this project be suspended in light of what has happened? How is it possible to build a hydroelectric power station at a reservoir, which is obviously highly defective and unstable?

Initially, it was announced that the construction of the hydroelectric power plant would be carried out by a Chinese company for $ 23 million. But it was later announced that the general contractor would be the Russian machine-building company, Power Machines, with which a contract for EUR 19.2 million had already been signed. Why the general contractor was changed is not documented – this is decided in Uzbekistan behind closed doors, which raises significant questions of transparency.

Indeed, there were no open and transparent tenders for the construction of the reservoir or for the hydroelectric power station. This suggests that the authorities most likely tried to hide conflicts of interest when deciding on the allocation of budget funds and the choice of contractors. At least, for the moment, there is no other explanation.

The story of the Sardoba reservoir reveals significant flaws in the management and distribution of resources in Uzbekistan. The practice of ‘old-style’ methods and the associated extortion of funds from local businesses and the population continues to flourish and contracts are allocated in the absence of open tenders to conceal conflicts of interest. The conflict of interest clause, by the way, is still absent in Uzbek legislation.

On May 3, the Prosecutor General’s Office of Uzbekistan announced a criminal investigation into the collapse of the Sardoba reservoir. The investigation will be conducted by bodies of the State Security Service, an unaccountable closed state organization involved in widespread corruption.

On May 5, the local website gazeta.uz reported that the cost of building the Sardoba reservoir as of January 1, 2017, was approximately $404 million (at the rate of the Central Bank of Uzbekistan), but there are no documents available to the public confirming this statement.