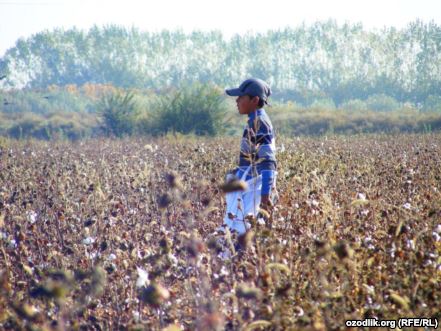 We are pleased that this year the International Labour Organization (ILO) expects to deploy teams to Uzbekistan to monitor during the harvest. We remain concerned that the ILO monitors will be accompanied by representatives of the Government of Uzbekistan and the official state union and employers’ organizations,  whose presence will have a chilling effect on Uzbek citizens’ willingness to speak openly with the ILO monitors. Therefore, we encourage the ILO to make every effort possible to obtain independent information, publicly report all findings and any interference by Uzbek Government and validate the findings and monitoring process with the International Trade Union Confederation and International Organisation of Employers.

Since 2010 the tripartite ILO Committee on the Application of Standards has recommended a high-level, tripartite ILO monitoring mission. Such a mission would include tripartite oversight, independent civil-society participation, a mandate to address forced labour and child labour and public reporting. While the ILO monitors will not have unfettered access this year, we will support the ILO in their effort.

Cotton production in Uzbekistan is a state-orchestrated forced-labor system. The Government of Uzbekistan forces over a million children, teachers, public servants, and private sector employees to pick cotton under appalling conditions each year. Those who refuse are expelled from school, fired from their jobs, and denied public benefits or worse. The Government harasses and detains citizens seeking to monitor the situation. During Spring 2013, Government authorities mobilised children and adults to plough and weed, and authorities beat farmers for planting onions instead of cotton. In August, authorities initiated preparations to coercively mobilize nurses, teachers, and other public sector workers to harvest cotton.

Reports from independent Uzbek citizens who document the cotton harvest will be posted regularly at: