“They wanted to blow up Termez.” How the SNB condemned a family of Tajik migrants as spies 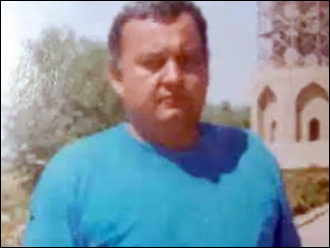 “I have photos of people who were tortured. I know the names of the investigators who committed these crimes. With God’s help, the time will come when you will see it on TV,” said the President of Uzbekistan, Shavkat Mirziyoyev, about the National Security Service (SNB) on February 16. However, a number of innocent people, wrongfully convicted by the SNB, still remain imprisoned.

For almost a quarter of a century, the SNB conducted political repressions, racketeering, and held a population of over 30 million in fear. As of today, on the President’s new initiative, many high-ranking officers of the SNB have resigned or have been arrested, yet the cases they fabricated have still not been reviewed. The general public only learned about a few dozen political prisoners who had to wait for the death of Islam Karimov to win their freedom. However, those whose stories are not widely known, remain behind bars.

The story of the Erdanov family

“In 1997, my entire family and I, nearly 40 of us, moved from Tajikistan to the Jarkurgan district of the Surhandaryo region [ed. – south of Uzbekistan],” says Rahmonali Erdanov, speaking about the tragic fate of his family. “Everyone was working; they had started their own businesses such as trade and taxi-driving, opened shops, and some went to Russia to work. We kept in touch with our relatives in Tajikistan, going there for weddings and funerals. We were glad to return to Uzbekistan because we are Uzbeks and despite the fact that we were given so-called ‘grey passports’ [ed. – status of a stateless person], we settled down pretty well.

“Our troubles started in May 2012, when the officials of the Investigation Department of the Surhandaryo region arrested two paternal relatives of Erdanov, Bakhtiyor Allonov, and Zokir Dusalov. They were detained for five months in the detention center of the Internal Affairs Department (usually used for homeless people), where they were questioned about a Tajik spying network.

“They were released without any charges. But later, it was revealed that they had given testimonies against my father under torture,” says Rahmonali. “In February 2013, the SNB investigation team, led by Nodir Turakulov, arrested my father’s brother, Begali Erdanov, who had been crippled since childhood. One month later, they arrested my brother, Ravshan Erdanov. In December, they arrested my father, Abdugani Erdanov, my nephew, Erkin, my younger brother Muminjon Erdanov, and one more relative, Kayum Sultanov.”

The arrests did not exclude the female half of this large family. Hadicha Hujamurodova, arrested in 2013, is serving her sentence in a female prison and three of her children were deported to Tajikistan. “Three more women, our distant relatives, were also convicted of spying and died in prison. Among them were Dilfuza, a mother of three, and Gulchekhra. Mutabar Eshbekova, also a mother of three, died in the SNB pre-trial detention center. Her body was hurriedly sent to Tajikistan,” says Rahmonali Erdanov.

The SNB officers of the Surhandaryo region, Bakhtiyor Orzuyev and Ulugbek (the surname is unknown) were responsible for the arrests, searches, torture, and extortion. “When they were searching our house, they made fun of us. They said that there must have been some kind of a mistake since we did not have anything valuable,” says Rahmonali. “They did not find anything, neither guns nor bullets. They said that my relatives were gathering the addresses of military facilities but what is the point of gathering them if anyone could find these addresses.”

Under arrest, they were brutally tortured and “confessed everything”. In April 2014, the Criminal Court of the Surhandaryo region sentenced all members of the “group” to a period of five to 20 years in prison. After the court hearing, national television aired a documentary, revealing a network of “Tajik spies”.

The men were sent to serve their sentences in “Jaslyk” prison which is notorious for its harsh conditions and torture of prisoners. As of today, all of these men, apart from Muminjon Erdanov, who was sentenced to five years in prison and released under an amnesty in December 2014, are still in this prison.

What was the entire family convicted of?

The court hearing was in closed session. The family could not find a lawyer. Rahmonali is sure that no one dared to defend them because everyone was scared of Nodir Turakulov. It is unknown what evidence the SNB investigation team presented in court apart from the testimonies obtained under torture. The appointed defenders did not contact the families of those charged. Not one of the relatives received a copy of the verdict.

However, in April 2014, an article about the case of the Erdanov family appeared on the Internet entitled, “Tajikistan: even if we have to starve, we will collect thirty pieces of silver for Judas”. These kinds of reports are usually written by a special department of the SNB and published under fictitious names.

This article was about the alleged existence of a broad network of Tajik spies in the Surhandaryo region funded by Dushanbe. According to the author, members of the group had prepared a series of terror attacks near hokimiyats (local administration facilities) and military facilities in the Surhandaryo region, near the Termez Park “Bolajon”, and the international checkpoint “Ayritom”. Those involved in this case were allegedly recruited by Tajik special services and “were persuaded to collaborate while they were in Tajikistan”. Abdugani Erdanov was regarded as the “ringleader of the subversive intelligence group”.

His son, Rahmonali, says: “During a visit from my mother, my father told her that he had been injected with a substance to make him confess to all these crimes for the documentary. His fingernails had been ripped out, and when the nails grew back, they were ripped out again. Officers threatened them with raping their wives in front of them unless they confessed.”

The SNB seized all vehicles owned by those under arrest. They did not care that dozens of children, whose parents had been imprisoned, would be living in poverty. “When my father was in the basement of the SNB he was given a phone and told to call his brother Abdusalim in Tajikistan. When he did so, he told his brother that he was in trouble and that he needed 100 million Uzbek som (about 24 thousand USD at the time). To collect this amount, we had to sell everything and got into debt. My younger brother, Muminjon, brought this money to the SNB. They took the money and arrested him,” says Rahmonali.

Muminjon was subsequently convicted and later released under an amnesty. His wife was deported to Tajikistan when her youngest child was only three months old. Three other children were left in Uzbekistan with their father. “My father is ill and my brother has tuberculosis. It is right that Nodir Turakulov has been arrested (according to other sources, he is under orders not to leave the country – ed. Fergana) because he is a traitor himself. But what will happen to my relatives who are still imprisoned? Will they be released and when?” asks Rahmonali.

In recent months, Shavkat Mirziyoyev has repeatedly criticized the SNB’s work and has said that they “could even imprison a pillar”. The President has also announced reforms of the most influential law enforcement agency in Uzbekistan. Nevertheless, the fate of those who have already been caught in its clutches is still unknown. No one has the will to review cases fabricated by the SNB, let alone release the people implicated in them.

(This material is based on an interview with Rahmonali Erdanov and his relatives.)

The original article was published on February 23 on the website of Fergana news agency.