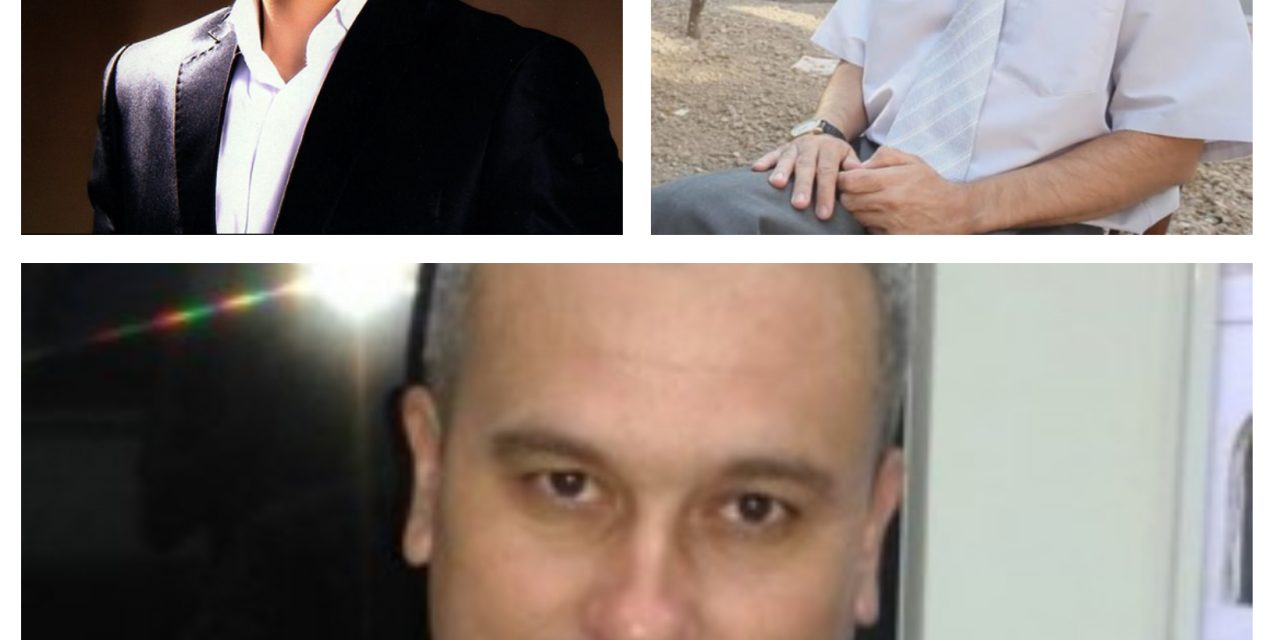 (Bishkek, February 13, 2018) – Uzbek authorities should ensure a thorough, impartial, and independent investigation into the alleged torture and other ill-treatment of a detained independent journalist, 12 human rights groups said today. Uzbek authorities should immediately release Bobomurod Abdullaev and other people detained solely for peacefully exercising their right to freedom of expression, the groups said.

Abdullaev, a freelance reporter, worked for Fergana news agency and the Institute for War and Peace Reporting (IWPR), among other publications.

Bobomurod Abdullaev was detained on September 27, 2017 in Tashkent by officers in Uzbekistan’s National Security Service (known as the “SNB”) on charges of “conspiracy to overthrow the constitutional regime” (Article 159(4) of Uzbekistan’s Criminal Code), which carries up to 20 years in prison. His relatives told representatives of several human rights groups on February 3, 2018 that he had been tortured and otherwise ill-treated since his detention. Uzbek authorities should immediately release Abdullaev and other people detained on similar grounds, the groups said.

“At a time when the Uzbek government appears to be taking steps to reform the country’s feared security services, reports of a journalist’s torture in their custody should prompt an immediate investigation and decisive, public condemnation,” said Steve Swerdlow, Central Asia researcher at Human Rights Watch.

On February 8, a Tashkent-based human rights defender, Surat Ikramov, reported that following media reports of Abdullaev’s torture, two SNB officials implicated in abuses had been suspended from the case and had been told not to leave the city pending an investigation. On January 31, the Uzbek government announced the resignation and replacement of Rustam Inoyatov, the 73-year old chief of the SNB for 22 years, during which there were constant reports of torture and other ill-treatment carried out by SNB officials.

Authorities accused Abdullaev of writing “extremist” articles and of being part of a conspiracy to overthrow the government, along with Hayot Nasriddinov, a well-known economist and blogger, Akrom Malikov, an academic, and others.

Abdullaev’s relatives and other Uzbek human rights defenders told Human Rights Watch that since his arrest, security services have repeatedly tortured him and denied him his right to a legal counsel of his choosing and restricted visits with family members.

When I met my husband for the first time [at the SNB pre-trial detention center Gvardeiskaya in Tashkent], I brought him some warm clothes. The detective told me that I better not give any interviews to reporters or speak with anyone about the case. When I saw my husband, we were surrounded by five SNB officers and not able to speak freely. He looked at me, paused, and then told me not to speak to the press or hire a lawyer. Then an SNB officer told me that if I spoke with anyone about this, ‘it would be very bad for Bobomurod.’

In January, Abdullaev met with his mother and wife again and told them that he had been tortured since his arrest in September. He said that on the day he was arrested four SNB officers approached him near his home in Tashkent without explaining they intended to arrest him or showing any identification. As they approached he asked, “What happened?” and began to resist. The men then put a bag over his head, beat him all over his body, and stuffed him into a car. Abdullaev said that nearby residents witnessed the abduction.

Abdullaev said that in the days after his arrest he was kept in a freezing jail cell naked and forced to remain standing. He said he was given nothing to eat for five days and was only given food after he collapsed from exhaustion. He said that SNB officers denied him food on several occasions and threatened to destroy him and his family. He said he was repeatedly tied for several hours at a time to a bed in his cell for several hours at a time.

His mother, Gavkharjon Madaminova, has written numerous appeals to government bodies about her son’s detention and posted videos online appealing to the president for help, but received no meaningful responses.

SNB officials intimidated Abdullaev’s first attorney and would not let her meet with him, relatives said. Abdullaev hired Sergey Mayorov, a human rights lawyer, in November and was allowed to meet him on December 14 in the presence of the SNB detective overseeing the case. Eight days later, the SNB detective summoned Mayorov. SNB guards brought in Abdullaev, who said in their presence that he had decided to fire Mayorov and would be represented by a state-appointed lawyer. The SNB official showed Mayorov a statement firing him that was allegedly signed by Abdullaev ten days earlier. Before being forced to leave, Mayorov asked whether Abdullaev’s pre-trial detention had been extended, for how long, and when the investigation would be completed. The SNB officer refused to answer.

At a subsequent meeting with his wife later in December, Abdullaev asked her to pass on the message to Mayorov that he still wanted him to act as his lawyer at his trial. Authorities have not yet announced a trial date.

“Abdullaev’s torture allegations demand a thorough and independent investigation and prosecution of anyone found responsible,” said Umida Niyazova of the Uzbek-German Forum for Human Rights. “Reports that SNB officials who tortured him could face justice are encouraging signs if true, but Abdullaev, Nasriddinov and other detainees should be immediately released as authorities get to the bottom of what has occurred.”

In a related case, on or around October 20, authorities arrested Nasriddinov, a blogger and economist, on or around October 20, also on extremism charges (Article 159(4)) that appear to be related to the conspiracy charges against Abdullaev. Nasriddinov similarly faces up to 20 years in prison. As of late 2017, his relatives had not been informed of the grounds for the arrest, and there are fears that they are under pressure not to talk to journalists and human rights groups. He is being held in a SNB pre-trial detention center in Tashkent, and there are serious concerns that he may have also been tortured or otherwise ill-treated in detention.

Akrom Malikov, a researcher at Uzbekistan’s Institute of Handicrafts of the Academy of Sciences, has also been implicated and questioned in Abdullaev’s case. He was detained in July 2016 on extremism charges for allegedly writing articles for the opposition People’s Movement of Uzbekistan under a pseudonym. He is serving a six-year sentence in Navoi prison.

“There is a real opportunity for change in Uzbekistan – and yet we hear of journalists and bloggers still being detained and tortured,” said Brigitte Dufour, director of IPHR. “This case is a test of whether Uzbekistan’s human rights situation is really improving or not.”

Over the last 15 years, the UN special rapporteur for torture, the UN Committee against Torture, the UN Human Rights Committee, the US State Department, and the European Court of Human Rights, in a number of its rulings, and a number of national and international human rights groups have highlighted the widespread torture in Uzbekistan’s prisons and detention sites.

On November 30, President Shavkat Mirziyoyev signed a decree prohibiting the courts from using evidence obtained through torture, and forbidding legal decisions based on any evidence not confirmed during trial. The decree, which comes into force in March, states that prosecutors will be required to check whether physical or psychological pressure was exerted on a defendant or their relatives. If enforced, the decree could help prevent torture and other ill-treatment in detention in Uzbekistan.

“This case is yet another reminder that the Uzbek government should also allow for regular, unfettered, independent, expert monitoring of prison conditions,” said Nadejda Atayeva, president of the Association for Human Rights in Central Asia. “It should invite the UN special rapporteur on torture and other experts to visit the country and bring its laws and practices in line with international law and standards to help prevent torture in the future.”