Uzbek expert: The Uzbek government continues to consider the cotton sector as its “cash cow” 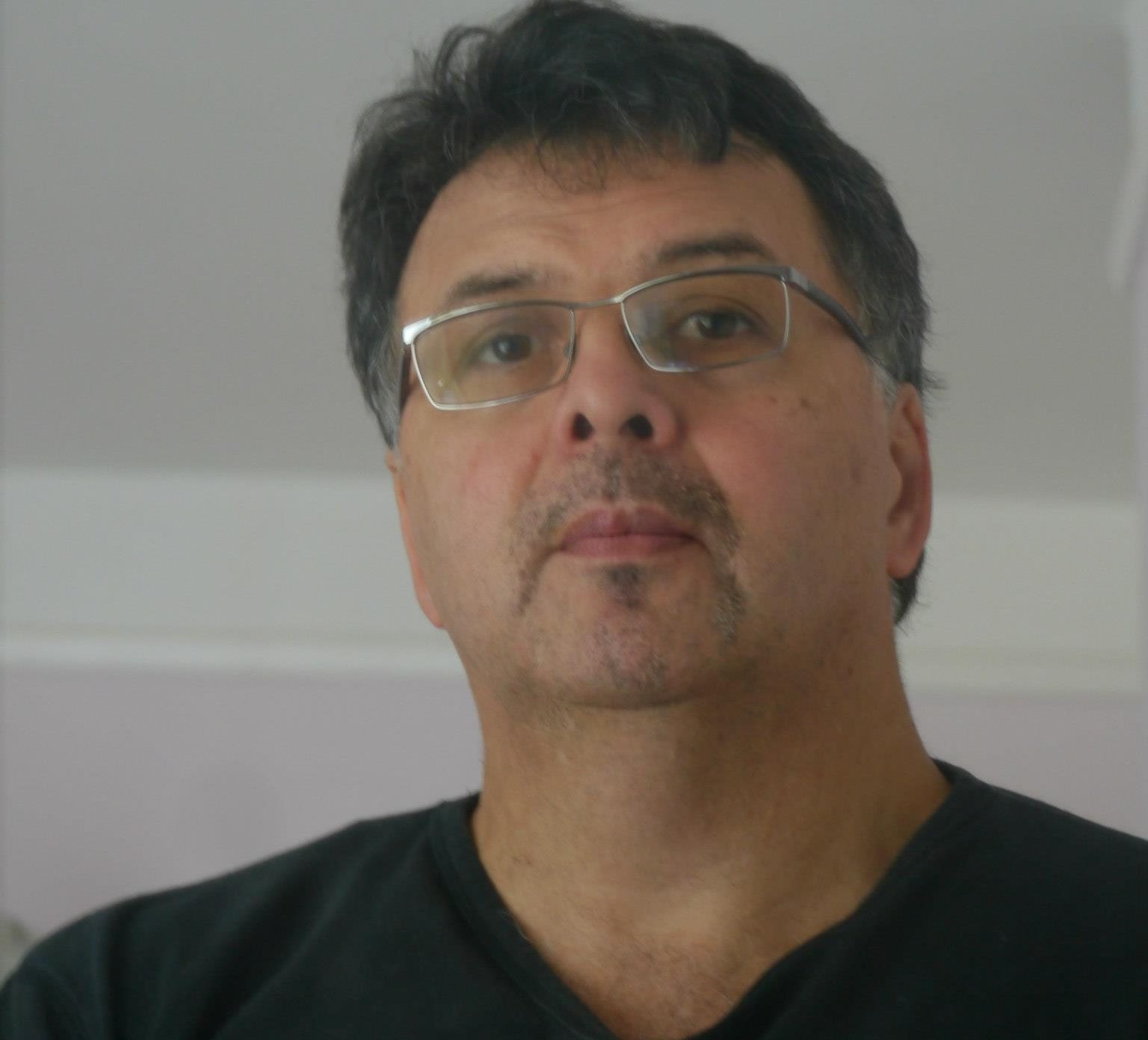 Alisher Ilkhamov, a well-known Uzbek expert, sociologist and Research Associate at the School of Oriental and African Studies (SOAS) in London, commented on the issue of the boycott of Uzbek cotton:

Recently, the government of Uzbekistan, represented by Deputy Prime Minister Tanzila Narbayeva, Minister of Employment and Labor Relations Sherzod Kudbiyev, along with the ambassadors of Uzbekistan to the United States and Belgium, have been persistently seeking the lifting of the international boycott of Uzbek cotton and cotton textiles. What kind of boycott are we talking about?

The international campaign for the elimination of state-sanctioned child and forced labor in Uzbekistan began in 2005. A coalition of human rights organizations, social investors and trade unions saw in this practice a system of slavery which is completely unacceptable in the 21st century.

In 2010, a group of about 100 Uzbek activists issued an appeal to companies and countries around the world to boycott Uzbek cotton until this system of cotton slavery is eliminated. The international coalition, which by this time had evolved into the “Cotton Campaign,” supported this appeal and lobbied companies around the world, urging them to boycott Uzbek cotton as a means of encouraging the government of Uzbekistan to recognize the problem and seek its solution. By 2018, more than 300 trading companies and retailers had signed a pledge not to buy Uzbek cotton and cotton products. The Uzbek government under Islam Karimov was not particularly concerned about this boycott, since the lion’s share of Uzbek cotton fiber was sold to Asia, primarily Bangladesh, as well as China, whose companies simply ignored the call for a boycott.

In addition to the “Cotton Campaign” initiative, the US government also put Uzbek cotton on its two “blacklists” for forced child labor and forced adult labor. Although these lists are not binding on companies, they send an important signal that buying cotton from Uzbekistan is contrary to the norms of corporate social responsibility and ethical considerations. Last year, Uzbek cotton was excluded from the first of these lists, because indeed, forced child labor in Uzbekistan has almost been eradicated, but the country remains on the second list for forced adult labor. Therefore, the boycott of Uzbek cotton has not been removed from the agenda.

Why is the Uzbek government now worried about the boycott? The point, in my opinion, is as follows:

The Uzbek government has previously considered, and still continues to consider agriculture, and especially the cotton sector, as its “cash cow”, which should supply the government with export currency earnings. The basis of this approach is almost the same paradigm that Stalin followed, when he pursued a policy of accelerated industrialization in the 1930s. This paradigm was to siphon resources from the rural economy and redirect them for industrial development. Karimov also followed this course of redistribution of resources whereby farmers would earn only a minimum subsistence living while the state would accumulate export revenues in hard currency.

How are resources from the cotton sector redistributed? Mainly via the following five channels:
1) Through a compulsory directive plan for the delivery of raw cotton, known as a “cotton quota”, which both the local authorities and farmers are responsible for delivering;

2) Through centralized control over prices for the purchase of cotton from farmers, as well as for inputs such as seeds, fuel, technical services, as well as a centrally allocated bank loan. In essence, a system was established which creates inflated profits by combining low purchasing prices for the state and overpriced prices for the supply of goods and services to farmers;

3) Through the monopolistic position of supply and procurement agents, who, even without strict administrative regulation of all stages of the production process, drive farmers into a corner, leaving them no choice from whom to buy inputs or to whom they can sell their products. For example, in each cotton-growing area there is only one cotton gin, which is overseen by an agency, Uzpahtasanoat, which is in turn controlled by the government. Thus, the farmer has no choice over whom he supplies the harvested raw cotton to;

4) Through the difference between the real (market) exchange rate and the official exchange rate. Under the conditions that existed prior to the liberalization of currency exchange, the government actively manipulated this difference, receiving foreign exchange earnings, but paying farmers in weak Uzbek soum. Here it is also necessary to take into account that if purchase prices were set in August, before the cotton harvest season, final payments to farmers were not made until spring of the following year, or even later. At the same time, taking into account the steady decline in the value of the soum against the dollar, the actual value of the income received in dollar terms, was significantly reduced by the time the payment was made;

5) Finally, through corruption, under which farmers still suffer. For example, farmers have to feed all sorts of commissions that the hokimiyat and the government sends to them for inspection purposes (usually farmers are expected to arrange meals and refreshment for the commission). At the time of delivery of cotton to collection points, the administration of cotton gins often deliberately underestimates the amount and grade of the cotton. Farmers are often forced to pay bribes to cotton gin staff so that their cotton will be assigned the correct grade and the recorded volume of the delivered cotton will not be reduced. Finally, hokims often distribute the most profitable and better irrigated land to their relatives, friends and clients and lower the mandatory quotas for them, thereby increasing the burden of quotas on other farmers who are less able to fulfil them.

However, with the abolition of the former “multi-layered” exchange rate, the state has lost one of those five pillars that preserved the over-centralized system of management of the cotton sector. The government sees a way out of this situation, not by abolishing the system, or by transferring full rights to farmers to dispose of their land and products as they see fit, or in the development of their capitalization, but in replacing one form of highly centralized system with another, which is just as prone to the practice of forced labor and pumping resources out of the agriculture sector.

The government sees a solution by increasing cotton fiber processing on-site and the subsequent export of value-added textile products. It will do this by creating so-called cotton textile clusters, which in essence resemble Khrushchev’s sovnarkhozes (local territorial economic holdings controlled by local administrations), with only one difference: on the one hand, these clusters would be run by private companies; on the other, they would still serve as the driving belt for the same centralized state control over the cotton-textile industry. On the top of that, there is a risk of misappropriation of ultimate export revenue through money laundering schemes, as some companies already involved in clusters are registered in offshore jurisdictions, with opaque ownership. Such ownership structures heighten the risk of final export earnings being channeled into the pockets of those with close links to the government. In essence, a model is being formed in which the main beneficiaries are all part of the same central government and its cronies, including (and most likely) members of the ruling elite themselves.

It is with this prospect in mind that the government has made some concessions in terms of reducing the scale of forced labor in order to remove barriers to the export of Uzbek textiles. Progress in this area has certainly been achieved, but it is not at a level that we can speak of the complete elimination of the system of forced labor. Even the ILO report on its monitoring during the last cotton harvest, despite a number of its significant shortcomings, admits that an estimated 170,000 citizens worked in the cotton fields under coercion by administrative bodies. According to the Uzbek-German Forum for Human Rights (UGF), which also conducted monitoring of the 2018 harvest, forced labor continued to be systemic with involvement of the government at the highest level. UGF’s estimation of the number of people affected by forced labor is around 600,000.

It would therefore be premature to cancel the boycott of Uzbek cotton and textiles, as it would mean a high risk of a return to the old system of coercion. In essence, the system has basically remained in place, despite some concessions made by the government, such as excluding the recruitment of university students and some categories of employees to pick cotton.

The system has remained the same and continues to be based on the same three pillars:

Over-centralization of management of the cotton sector, the purpose of which is to extort resources from it and concentrate them in the hands of the government in the form of foreign exchange earnings;
Reliance on administrative measures to compel farmers to fulfill cotton quotas and mobilize the population to pick cotton and perform other agricultural work;
Appointment of heads of local authorities who are personally responsible for the implementation of these mandatory cotton quotas that compels these officials to resort to the old practice of forcible mobilization of the population to pick cotton. An indicator of this is the continued compulsory participation of farmers in meetings with the hokim almost every evening during the cotton harvest, in which they are required to report to the hokim on the fulfilment of their quotas. Failure to fulfill the quota often results in physical and verbal abuse as well as the threat of penalty such as confiscation of their land.

Local activists who believe that they should engage with the government on the boycott are at risk of unwittingly undermining the progress that human rights activists have been working for years. This is when the goal of the final elimination of the system of forced labor could very soon be achieved. That would be in the best interests of the whole population, including all farmers whose prime interests are in ridding of the administrative pressure from the authorities and attain a real economic freedom. The lifting of boycott would deprive the government of an important incentive for the complete reform of the existing system and thereby push the country back to the old days.

Signs of such a retreat to the past are already being observed alongside positive changes. For example, in the massive violation of citizens’ housing rights, in the restriction of freedom to access information, in the area of justice and the fight against corruption, as well as in the cotton sector. The fate of the country depends on which of these trends, positive or negative, will prevail. Therefore, pressure on the government of Uzbekistan should not be eased. It must be remembered that, thanks to this pressure, this government was forced to make concessions to the human rights movement in the first place. And precisely because of this pressure, it is possible to finally put an end to the eradication of state-sanctioned cotton-slavery.